Care home worker Himwanth Ramkishun was caught after carers found a condom which contained his DNA near the victim’s bed.

"You are an evil individual. This is one of the worst offences of its type."

Himwanth Ramkishun, aged 54, of Plymouth, was jailed for 16 years at Plymouth Crown Court on Friday, October 5, 2018, for raping an elderly woman.

The Court heard that the laundry worker at Freshfields nursing home in St. Budeaux took advantage of the 76-year-old grandmother in her bed.

Police found out about Ramkishun’s actions when carers found a condom containing his DNA near the victim’s bed on Saturday, June 10, 2017.

His wife Ivorine, a duty manager at the home was called to remove the condom.

Unaware of her husband’s actions, she took it to her office and called the police.

The Court heard that the elderly woman, who was suffering from dementia, passed away six months after the attack.

During his four day trial, Ramkishun denied raping the woman and made up stories to cover his guilt but was convicted of rape in less than an hour.

It was heard that Ramkishun also planted other condoms around the care home and involved his innocent wife.

When the condom was found, he claimed that he accidentally picked it up after it had been recovered.

He then shook it in a bid to explain why his DNA was on it and said he thought it was left there as a joke.

Ramkishun also planted two condoms in pockets of other staff members and pulled out another from the clean laundry to try and confuse any investigation.

The Court heard how Ramkishun’s DNA was recovered as forensic scientist Rebecca Mayfield explained how the condom was swabbed in three areas.

The area “deeper inside” the condom having a complete DNA profile which matched that of Ramkishun.

She added that the level of DNA found was at a “relatively high level”.

He also called his wife to give evidence on his behalf. 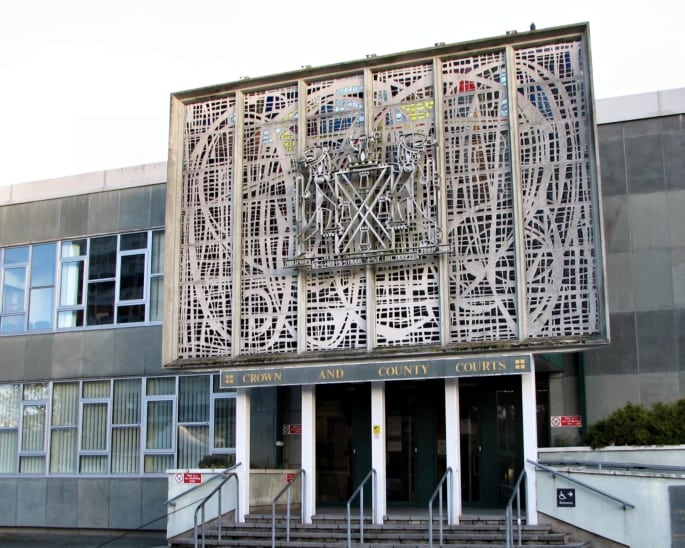 The directors at Camelot Care stated that it had installed CCTV cameras outside the 36-bed home and in corridors.

They added that there had been no reason to suspect Ramkishun’s behaviour in the 10 years he had been working there.

They said: “Prior to the event, the employee had given the management of the home no reason for concern in the ten years he had worked in the laundry.”

“After being accused the employee was immediately suspended and the home fully cooperated with the police throughout their investigation.”

Ramkishun, who is originally from Guyana in the West Indies, had no previous convictions.

At his trial, he said he came to Britain to follow his wife, who is a trained nurse.

He found a job as a cleaner, then as a laundryman at Freshfields nursing home.

David Sapieca, the prosecuting barrister, said that woman’s widower was “extremely distressed” by the offences committed.

He said: “She was helpless. She was unable to resist, report nor accuse.”

“For the families of elderly relatives who can no longer be looked after in their own homes, this represents their worst nightmare.”

“They place the day to day care of their loved ones in places such as Freshfields.”

“I turn to the defendant, for your own sexual gratification, you took advantage of an extremely vulnerable lady.”

“You then tried to cover your tracks and potentially incriminate other members of staff.”

“You are an evil individual. This is one of the worst offences of its type.”

Recorder Tait explained that Ramkishun abused his trusted position to enter the woman’s room without suspicion and was allowed to deliver clean laundry to residents.

He added that the defendant used his knowledge of the routines at the home to find a “window of opportunity” to rape the woman in her room.

As he was led away to begin his 16-year sentence, Ramkishun broke down into tears, while his wife Ivorine was watching.

Mrs. Ramkishun still works at the home and she left the building in tears, supported by colleagues.

“This has been a lengthy and protracted investigation, made more challenging by the denial of the suspect throughout.”

“Sadly the victim passed away prior to the case being brought before the court but it was nonetheless important to seek justice on her behalf.”