Jallikattu Ban ~ A Matter of Culture than Sport?

The Jallikattu ban has resulted in various peaceful protests recently. But is it simply over a matter of sport, or rather on an integral part of Indian culture?

Indians consider cows and bulls as icons of wealth and sacred beings.

Jallikattu, or bull-fighting, is a cultural sensation of India.

However, it is more than just a sport. It is an important part of Indian culture. And many do not agree with the recent Jallikattu ban.

Thousands of protesters have gathered in various areas of Tamil Nadu for a peaceful protest against the Jallikattu ban.

They aim to bring the sport back to Tamil Nadu.

Jallikattu as a Sport

Jallikattu is a traditional sport. It is popular during Pongal – the harvest festival of Tamil Nadu. A bull, belonging to a strong breed, will be released to the fighters.

And multiple tamers try to grab the bull’s hump with their arms. They hang to it while the bull reaches the stopping point.

Sometimes people tie sums of money or flags into bull’s horn. Regardless of money, it is a sport where the young men dare their bravery. A battle of valour vs. the robust bull.

Jallikattu has its own set of rules. They slightly differ across the state of Tamil Nadu. It depends on the areas and villages.

Jallikattu is an ancient sport. It dates back to more than 2000 years.

An Indian cave portrait of around 2,500 years old, portraying a man fighting with a bull stands as proof. Also, The Indian National Museum keeps an impression (from the Indus Valley Civilisation) illustrating Jallikattu practice.

There is ample literature describing the bull and bravery of men during the Sangam Period (400-100 BC) of Tamil Nadu. Jallikattu practice displays in Tamil folk literature, age-old sculpture and art.

India used to be a more agricultural state. Cows and bulls are part of the lifestyle. People relied heavily on cows for dairy products and for dung as a source of fuel and fertiliser.

Bulls, on the other hand, were used for farming and transportation. Strong, wild bulls are used to impregnate cows.

Farmers believe that the more they challenge the bulls, the stronger the breed becomes. Indians consider cows and bulls as icons of wealth and sacred beings. 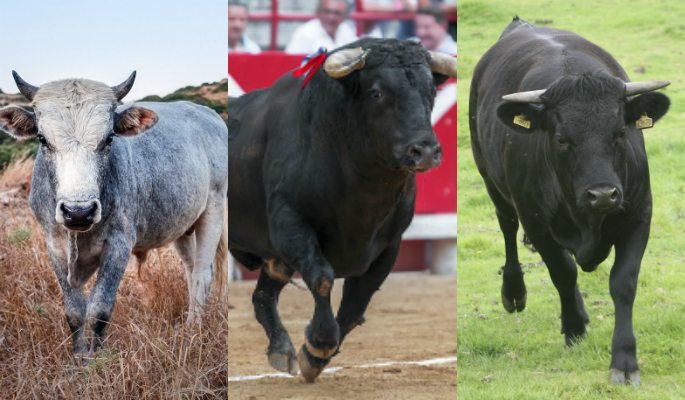 PETA India has detailed that during Jallikattu, frightened bulls are often deliberately infuriated through alcohol. Plus, various other means are used, such as twisting the tails and poking using sharp tools.

The pressure has been peaking up through various animal welfare organisations. Thus, the Supreme Court of India declared a Jallikattu ban in 2014.

However, many farmers began protesting for their right to Jallikattu. With the Harvest season approaching, the Government of India reversed its decision in January 2016.

People, particularly breed activists, protested in small scale in different areas. And then it erupted into a mass movement on the break of 2017.

Bulls are used for farming, transportation and breeding. People see them as members of the family. Treated with love, care and sympathy. Rural folk and farmers never harm their cattle nor levy cruelty. 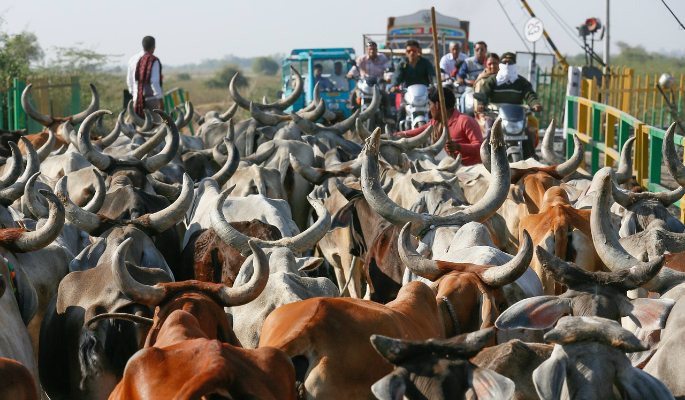 Activists challenge animal welfare organisations and the Indian government to take action against people who treat bulls badly. They prefer this than imposing a ban on everyone.

Jallikattu, serves two purposes – it tests the strength of bulls. It also ensures the art of bull taming passes on to future generations.

Practices of native breeds such as ploughing, natural breeding and obtaining milk are on the decline. This is due to rapid advancement in modernising machinery.

Jallikattu is now the last resort to preserve the existing native livestock in India. There are fears that the mafia behind artificial insemination and hybrid Jersey cows will wipe away the local breed. This could result in Indian agriculture becoming reliant on imports.

Millions Gather in a Non-Violent Protest

On 16th January 2017, villagers at Alanganallur, Tamil Nadu, took part in a day-long protest. It is famous for Jallikattu.

The police arrested around 200 protesters. In defence of the detained, the very next day students amassed in Marina Beach. Social media plays a huge role in gathering and educating the masses.

Clusters started to expand and as the day passed, the protest attracted millions of people from around the state including many other areas. The protest at large was very peaceful and non-violent. The youth did not allow politicians nor celebrities to enter the protest. Many volunteer groups and individuals joined in for day and night protests.

Throughout the protest week, the arena turned into an engaging, neutral field. The youngsters not only kept their peace. But they also helped police keep law and order.

Many women and children had also joined the protests. There were no reports of sexual assault.

The State Assembly passed a bill to replace the ordinance. This temporarily lifted the Jallikattu ban.

However, protesters have not bought the government’s verdict. They vow to continue with the protest until a permanent solution gives hold to Jallikattu without interruption.

On 23rd January, the protest took a violent turn as the police used force to evict the protesters from the site. Videos of police attacking people with batons and igniting fire to vehicles and houses are widely circulating on the internet.

The campaigners criticised the organised violence of the police.

I'm fasting tomorrow to support the spirit of
Tamilnadu!

My state rises again. In unison . In peace. Proud to be a #tamizhanda.Genext here are modern yet culturally rooted. #JusticeforJallikattu

Veteran actor Kamal Haasan expressed his anger on the police’s violence in the protest:

Its ur choice Aninsa or Direct action. Im for peace .B warned not only Tamilians humans r prone 2 violence. Think politicians & people I beg

Despite the police violence, the youngsters have used the power of mass demonstration and nimble use of social media to create unity.

It seems certain that as long as the Jallikattu ban remains, more protests will appear. This shows the strength of India and her citizen’s belief in their culture.

FIFA U-17 World Cup to be a Catalyst in India
Is Football in China all about Money and Big Players?