Veteran actor of Hindi Cinema, Amitabh Bachchan has turned 75! Actors and admirers alike have been wishing the iconic legend a very happy birthday.

While other veteran actors begin to see their popularity decline, Amitabh's is ever increasing

An incredible milestone for the reigning star of Hindi Cinema, the veteran actor has been celebrating his birthday in true ‘Shahenshah’ style.

Marking the special occasion on 11th October 2017, the Bachchan family flew to the Maldives for a short holiday.

The family getaway was reportedly the idea of Bachchan’s two children, Shweta and Abhishek.

According to sources, Aishwarya also helped the two to organise a special midnight bash to celebrate her father-in-law’s birthday:

“The three had meticulously planned every detail. They rang in the birthday at their private beach with crackers and a huge cake,” a source said.

The family will reportedly remain in the Maldives for four days at a luxury resort called One&Only Reethi Rah in Kaafu Atoll. They will indulge in a number of watersports including jet skiing and sailing. There are also rumours of a yacht party.

While the family celebrate Big B’s birthday in private, proud son, Abhishek posted a picture on his Instagram during their Maldives stay:

But while AB continues to keep his birthday a private affair, as he has done so for the past few years, many from the film fraternity as well as Bachchan’s score of fans have been celebrating the milestone year in their own special way.

In fact, a 230-feet high mural has been created on the walls of an apartment block in Mumbai. It shows Bachchan in his iconic ‘angry young man’ pose from his 1975 film, Deewar. Curated by Abhishek Kumar Singh, the artwork is called ‘Bachchan Bemisal Pure 75 Saal’.

It is thought to be one of the highest murals in India and could even break records! 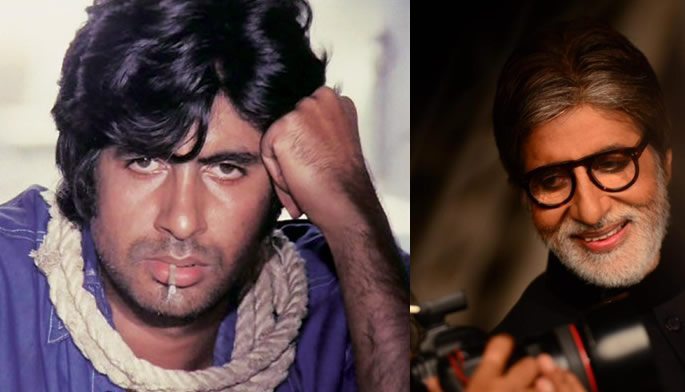 Having begun his acting career in 1969 with Saat Hindustani, Big B shows no sign of slowing down.

Fondly called Big B, Amitji, AB and Senior Bachchan, Amitabh is best known for his iconic roles as the ‘Angry Young Man’ in films like Zanjeer and Deewar. His incredible acting talent and irresistible charisma on screen have transformed AB into a cinematic legend.

Ruling Bollywood in the 1970s and a large part of the 1980s, some of Bachchan’s most memorable roles have been in films like Sholay, Kabhi Kabhie, Amar Akbar Anthony, Silsila, and Shahensha.

While other veteran actors begin to see their popularity decline, Amitabh’s is ever increasing.

The 2000s were just as fruitful for the acting maestro. Films like Mohabbatein, Kabhi Khushi Kabhie Gham, Baghban, Black, Pink, and Piku have won him enormous respect and admiration from younger generations.

And it’s not just his films where fans have been able to watch Amitabh. He is also the popular host of the TV game show, Kaun Banega Crorepati, which is now in its ninth season.

Despite being 75, Bachchan has also proven that it is never too late to pick up a new pastime. Mastering the digital world, Big B has transformed into a social media wizard, regularly tweeting to his 30 million followers and sharing his thoughts on his Tumblr blog.

In particular, he has become an intellectual of the modern age, regularly commenting on social and political issues as well as offering sage advice to future generations. 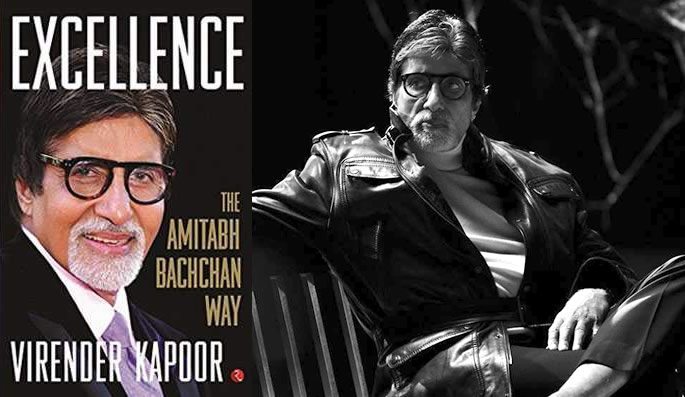 The biographical book details the life of the actor and celebrity, revealing some new and unheard of anecdotes.

In particular, Bachchan’s interesting friendship with Rajesh Khanna. Khanna reportedly said of Bachchan: “Here is the superstar of tomorrow.”

The book also reveals how Bachchan dealt with the failure of his entertainment company ABCL which launched in 1995. However, massive financial troubles led to Bachchan losing the majority of his assets and fortune by 2000. In the book, Kapoor writes:

“The answer came to him one day and he walked to Yash Chopra who stayed behind his house. He implored him to give him work. That is how he got Mohabbatein.”

Alongside the avid appreciation of fans, Bollywood has also been celebrating the Big B’s 75 years with special birthday messages on social media:

To the man who held my hand when I started my career. I will always stand by you.. Happy Birthday Sir. #AmitabhBachchan #Happy75thBirthdayABSir pic.twitter.com/IJDpw2XfLA

Happy Birthday to the coolest most inspiring actor/person I know @SrBachchan!!! Hope you have the most amazing day sir! ?????? Biggest hug!!

Even the Indian Prime Minister and Google India sent their best wishes to Bachchan on the veteran actor’s birthday:

Happy birthday @SrBachchan! India is proud of his cinematic brilliance & support to many social causes. I pray for his long & healthy life.

From angry young man, to the Shahenshah of Bollywood. Celebrating the glorious cinematic journey of #AmitabhBachchan. #AnswersMadeEasy pic.twitter.com/4FM3hGOQ4C

Of course, AB would not be the Shahenshah of both Hindi Cinema and the Twittersphere if he did not respond to his well-wishers in kind:

T 2575 – My joy and delight in all that have wished me is beyond expression .. I thank them all .. individually would take some time .. pic.twitter.com/l0lTScrxmP

DESIblitz would like to wish Amitabh a very happy birthday!