Insomnia Gaming Festival celebrated its 60th edition of the three-day gaming event. DESIblitz attended to check out some of the upcoming games.

The Insomnia Show Live acted as a celebration of the event reaching its 60th edition.

Game developers and fan flocked together to celebrate the bi-annual Insomnia Gaming Festival. And for its 60th anniversary, the festival ensured players had infinite games to check out and play.

Taking place between 14th and 16th April 2017, the festival was held at the NEC in Birmingham.

This year, organisers appeared keen to make the three-day long convention impressive and celebrate the anniversary in style.

The festival contained various gaming booths and shows for guests to attend.

DESIblitz attended the event to chat with indie game developers and to try out some of the upcoming 2017 games.

Let’s check out the highlights! 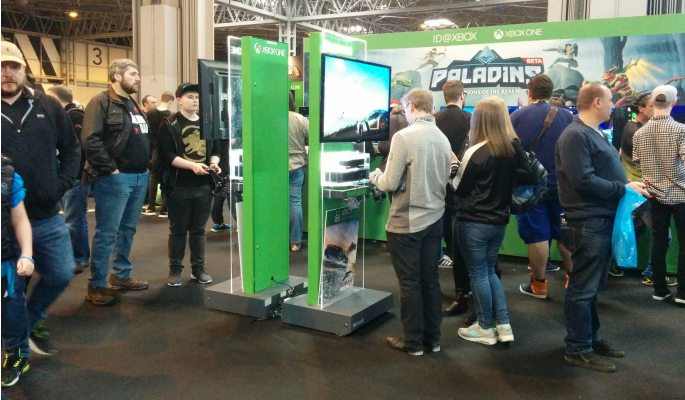 Insomnia Gaming Festival provided lots of fun activities for gamers throughout the weekend. The top three game companies (Sony, Microsoft and Nintendo) all held booths for fans to try out some of their new and future games.

Nintendo allowed guests to try out new release The Legend of Zelda: Breath of the Wild. While the game has been greatly received by critics, it’s bound to have won fans during the weekend. You could even take the opportunity to have a picture taken with the silent hero Link.

They also showcased Arms, an upcoming game for the Switch. With the use of motion control, players can battle each other as the characters extend their arms to fight each other.

Sony presented their Playstation-exclusive game Horizon Zero Dawn but also allowed fans to play the VR-supported game Farpoint. Not only could they try it out, but they could also experience it with the console’s VR device.

However, those curious had to act quick as many slots to play the demo went fast!

DESIblitz also had the chance to play some of the upcoming 2017 games. These included Tekken 7 and Injustice 2. Both of these fighter games look set to become popular by fans as they hold an interesting array of characters, all prepared with exciting fighting moves.

Throughout the weekend, Insomnia Gaming Festival held various talks, and gaming shows. Fans had a multitude of events to choose from, which took place in the various stages. Even streaming website Twitch held shows featuring some of their top streamers. 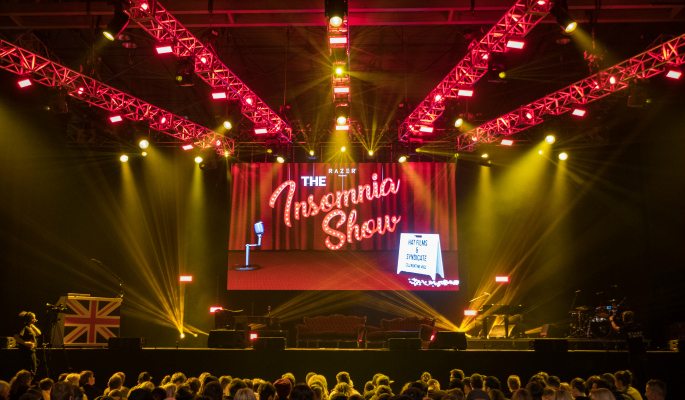 In the festival’s Auditorium, they held two of the biggest shows called Awaken: An AI Experiment and The Insomnia Show Live.

Awaken: An AI Experiment was a unique show in which gamers witnessed an interesting experiment, based on AI. While the speaker of the show requested those who attended to keep its content secret, it nevertheless provided an interesting story. All surrounding the future of technology and science-fiction.

The Insomnia Show Live acted as a celebration of the event reaching its 60th edition. Revisiting the 20-year history of Insomnia, they celebrated with guests including Syndicate, Yogscast and more.

On 16th April 2017, Insomnia Gaming Festival held The Legend of Zelda: Symphony of the Goddesses, a symphony featuring some of the well-known Zelda songs. The orchestra played songs from Ocarina of Time, The Wind Maker and many other games from the franchise. 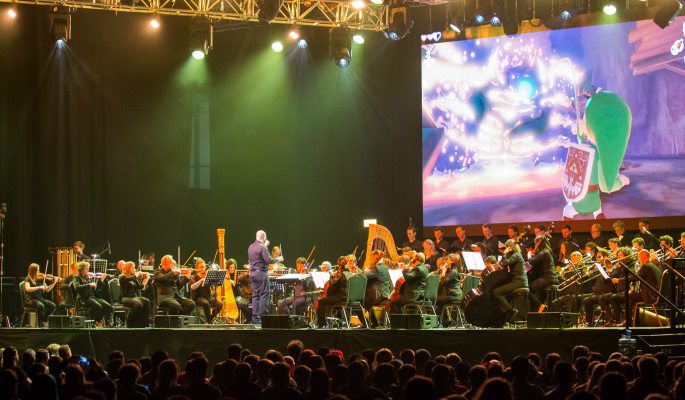 A Showcase of Indie Games

DESIblitz also took the chance to discover some of the indie games that will soon launch. Insomnia Gaming Festival created a huge exhibition where players could find new games and even chat with the developers.

For example, British-Asian developers of ZRZ Studios have created an upcoming mobile game where players have to use their device to control the character. The game, entitled INOPS, works through innovative, interactive gameplay.

Through shaking and tilting their mobile device, players have to help tiny characters move through obstacle courses. The tiny blob-shaped characters can merge together, which enables them to jump on launch pads.

Aniode Games also showed off their fun, post-apocalypse game called Nature’s Zombie Apocalypse. This fun shooter game takes place in London, where animals have to shoot down hordes of zombies.

DESIblitz had great fun battling wave upon waves of zombies, which created insane, funny moments. This game will no doubt act as a great success on Steam.

Bossa Studios also showcased their MMO exploration game: Worlds Adrift. This PC game allows players to explore different islands and build on them, creating houses or ships. The company also spoke to DESIblitz about how important their game’s community was to them.

They provide gamers the opportunity to create their own islands, which others can download on to their own version of the game.

Keep an eye out for these games, due to come out soon!

Blast to the Past!

Insomnia Gaming Festival also allowed many fans to replay some of their favourite retro games. They dedicated a whole section to retro games, where fans could play some classics, such as Crash Bandicoot. Organisers held a whole range of consoles, meaning players could potentially any game at their disposal.

Alongside this booth was a retro shop, which sold hundreds of retro games. It also contained a whole range of video game merchandise from plush toys to badges. 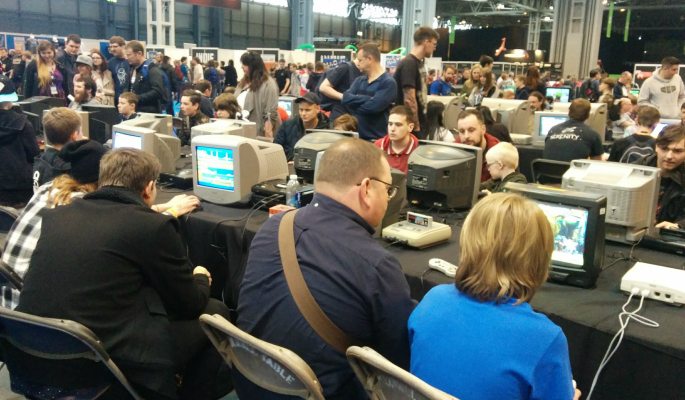 The festival also held various tournaments throughout the weekend, where fans could sign up to battle others in games. Most notable included Call of Duty World League, which took place on the stage.

The tournament involved several Call of Duty players, from across Europe, to see who would come out at the top. And with impressive prizes of $50,000 and 38,000 CWL points on offers, Call of Duty fans were keen to watch the tournament. 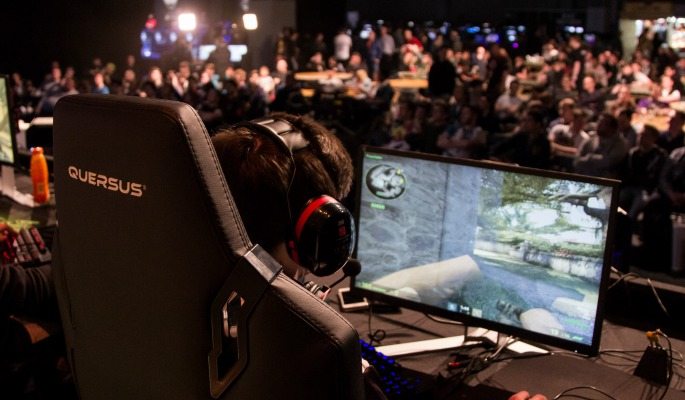 Overall, Insomnia Gaming Festival truly hails as a wonderful place for gamers and developers to unite in their love of gaming. It’s especially wonderful to see indie companies get the chance to showcase their games and gain new fans.

Missed out on April’s fun? Then, best prepare for tickets to Insomnia 61, set to take place in August 2017.