A teacher from Madhya Pradesh built his wife her own Taj Mahal and the couple live in the 1:3-scale replica.

"I wanted to make a unique house in a small town"

An Indian teacher built a replica of the Taj Mahal for his wife, saying that their new home is “a symbol of his love” for her.

Anand Prakash Chouhsey, of Burhanpur, Madhya Pradesh, built the 10,000 square-foot marble house for his wife Manju Shah, who is also a teacher.

Just like the iconic 17th-century mausoleum, the house features towers around the outside and a 29-foot dome.

Meanwhile, the flooring and facade are made of marbles from Makrana that were also originally used in the Taj Mahal.

According to the engineers of the house, it took around three years to construct and there were many challenges. 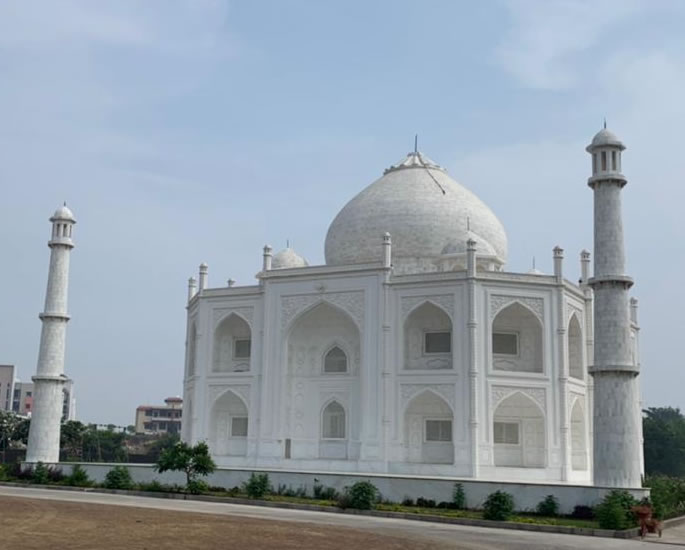 To bring a good finish, the engineers had to study the Taj Mahal closely.

Artisans from Indore and Bengal helped to do the carving inside the house. Artisans were brought in from Mumbai to prepare the furniture.

The house, which is around a third of the size of the original, has two bedrooms on the ground floor while the other two are on the upper floor. It also has a hall, a library and a meditation room.

“What better than building a Taj Mahal?

“This house is a symbol of my love for my wife just like Mumtaaz Mahal.” 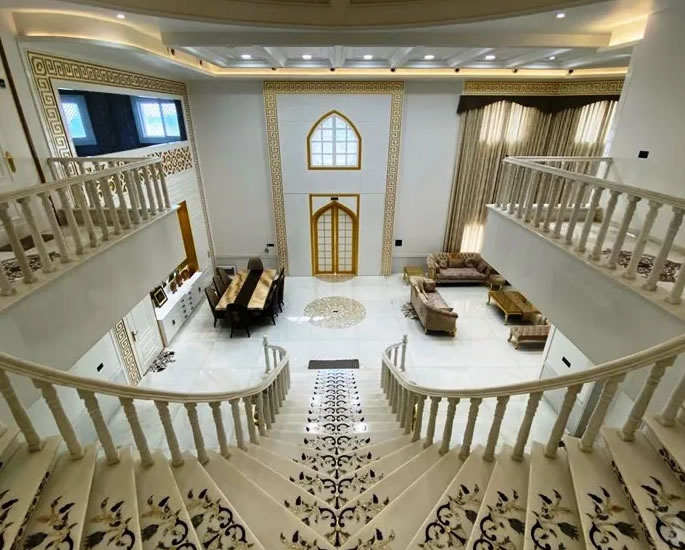 The original Taj Mahal was built by Mughal emperor Shah Jahan between 1632 and 1653 as a tomb for his wife Mumtaz Mahal.

It is located in Agra, Uttar Pradesh.

On his inspiration to build a replica, Anand explained that he was confused why Shah Jahan did not build the monument in Burhanpur where his wife Mumtaz died.

In 2021, the couple’s two adult children moved into the house.

Since completion, locals and tourists have been visiting the house.

Many visit the replica Taj Mahal in the hope of capturing stylish pre-wedding shoots on a budget.

Anand said: “It is a tourist place but now people are thronging to my house to have a look at it.

“It is overwhelming but I am happy that my wife is happy with the house and we are living here happily.”

Anand and his wife run an academy together.

Dhiren is a journalism graduate with a passion for gaming, watching films and sports. He also enjoys cooking from time to time. His motto is to “Live life one day at a time.”
Taxi Driver was Killed after Violent Assault
Influencers SoniaxFyza Under Fire after Racist Rant