Indian television actor Cezanne Khan has been accused of marrying a US Pakistani woman named Aisha Pirani for a green card.

"This is a case of an obsessive fan."

Indian television actor Cezanne Khan has been accused of marrying a woman for a green card.

Cezanne rose to fame with his stint as Anurag Basu in Kasautii Zindagii Kay.

The actor has been in the news lately for announcing his wedding plans to someone he has allegedly been with for the past three years.

Cezanne did not disclose the name of his lady-love, however, in a recent interview he said:

“She is someone special and I am dating her for the past three years. She is from Amroha (Uttar Pradesh).

“I am in a happy space with her and looking at tying the knot soon.

“We had planned to get married by the end of 2020 but postponed it owing to the pandemic. We will tie the knot this year.”

Soon after the actor had declared his wedding plans, a US Pakistani woman alleged that the actor married her for a green card, an identity document to show that a person has permanent residency in the United States.

US citizen, Aisha Pirani claimed that the actor used her and is now hiding that he was married to her. 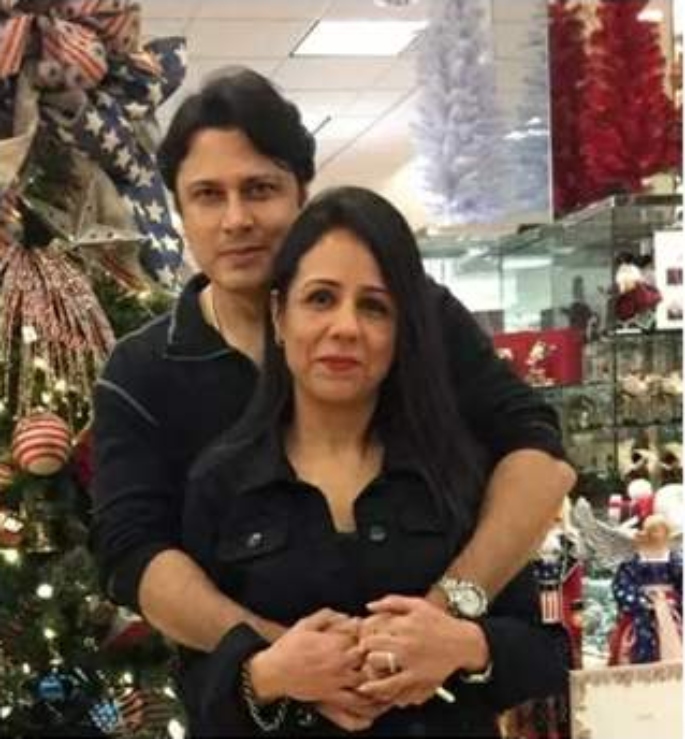 Aisha alleged that Cezanne divorced her as soon as he got a green card.

Speaking to TOI, Aisha said: “I don’t care if he gets married 50 times over now, but why is he hiding the fact that he was married earlier?

“He cheated on me and used me to obtain a green card in the US and lived off my money.

“The moment he got the green card, he filed for divorce.”

Aisha claims that she married Cezanne on April 3, 2015. 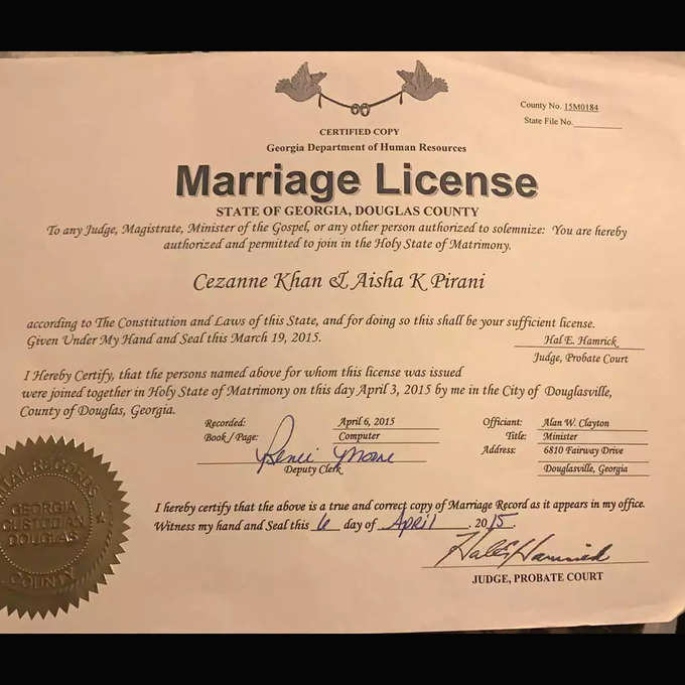 She also produced a marriage certificate and alleged that in March 2020, she had written to the US Immigration authorities and Mumbai Police that Cezanne has two passports, both of which have a different date of birth.

She claimed that after this, Cezanne started sending her abusive texts.

However, Cezanne has denied the allegations:

“I was never married to her. This is a case of an obsessive fan. It’s irrelevant to talk about such people.

“She is just trying to gain publicity through me.”

He added: “She is the sister of my cousin’s wife who lives in Karachi, that’s how I know her.

“I have no idea about any marriage certificate. She morphs a lot of stuff.”

“She has been posting messages on social handles for two to three years and my fans have been asking me whether all this is true.

“There is a limit to obsession and this is going overboard now.

“The fact that she was married to me and we are now divorced is her fabrication.

“I haven’t said anything to her because I know she is obsessive.”

Aisha Pirani has posted a signed marriage license, and many pictures of her and Cezanne proving their ‘relationship’.

Akanksha is a media graduate, currently pursuing a postgraduate in Journalism. Her passions include current affairs and trends, TV and films, as well as travelling. Her life motto is 'Better an oops than a what if'.
Ayesha Omer slams Troll who criticised Outfit Choice
Anushka Sharma left Furious over Private Picture