"Shab is a lovely, mild mannered lad. He will just feel he’s let his team-mates down.”

29-year-old Worcester City defender, Shabir Khan, saw the red card flashed in front of his face, after he reacted to a dangerous challenge from Stockport City midfielder, Charlie Russell, with a WWE-style bodyslam.

The incident took place in the final minutes of the Conference North (sixth-tier of English football) fixture between Worcester City and Stockport City on Saturday 21st February 2015.

Russell chased down Khan and caught the full-back with a high challenge which sent him flying into the air. Khan immediately got up, and retaliated by picking up his opponent and body-slamming him to the ground with a WWE wrestling-style manoeuvre.

Russell was shown a yellow card for the initial challenge whilst Khan was given a straight red card and sent off. The match finished 2-0.

Worcester City manager, Carl Heeley, has defended the former Pakistan international, saying: “The club in no way condones reactions like that. But he’s had three of four career-threatening injuries from poor tackles. There’s certainly a defence there.

“We’ve got to remember that incident wouldn’t happen if the Stockport player didn’t commit an awful challenge.

“Football’s an emotional game. Shab is a lovely, mild-mannered lad. He will just feel he’s let his team-mates down.”

“The Pakistan international made his debut in 2004 but has made fewer than 200 appearances, having suffered a catalogue of long term injuries. A decade of frustration all came out on Saturday.”

Not surprisingly, video footage of the incident went viral almost immediately and was also shown on BBC Match of the Day 2’s ‘2 Good 2 Bad’ feature on Sunday 22nd February 2015. The Vine clip received 12 million views whilst the YouTube video has received over 1 million views. 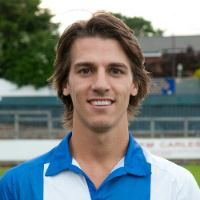 There were mixed reactions online as spectators voiced their opinions in comments. Some called Khan a ‘legend’ for his wrestling-style moves. Many felt he was in the right for reacting in the way that he did, as the tackle made against him could have ended his career.

Others opposed this view and felt that Khan should have known better. They felt that his reaction could not be justified even if he had been affected by so many career-damaging injuries in the past.

Some blamed the unprofessional standard of the officials, stating that both players should have been shown a red card.

The Football Association (FA) has said that it is reviewing footage of the incident, and if they deem his actions excessive, he could yet face further punishment.

The game’s governing body have the power to increase suspensions. But they say they deal with disciplinary issues on a case-by-case basis. 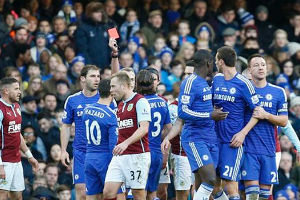 Commentators and fans have drawn comparisons between Shabir Khan’s actions, and the incident involving Chelsea’s Nemanja Matic. That incident in an English Premier League match versus Burnley, happened on the same day, Saturday 21st February 2015.

Matic reacted angrily to a dangerous challenge by Ashley Barnes, by shoving him to the ground. Likewise, this incident has received widespread attention particularly on social media.

Shabir Khan will sit out a three-match ban starting Saturday 7th March 2015. The ban will see him miss home matches against Gainsborough Trinity and Fylde, and a visit to Solihull Moors.

Images courtesy of WorcesterNews.co.uk and AP