Parminder Nagra says TV Show refused her for being ‘Indian’

‘Bend It Like Beckham’ star Parminder Nagra has opened up about being refused a role on a television show for being “Indian”.

"“They have already got an Indian person"

Actress Parminder Nagra has claimed she was refused a role on a TV show for being Indian.

According to Nagra, she was declined the role because the show’s cast already included an Indian person.

The actress made the revelation on the podcast Celebrity Catch Up: Life After That Thing I Did?.

Speaking on the podcast, Parminder Nagra said that conversations about diversity in the entertainment industry can sometimes become about getting a “box ticked”.

The Bend It Like Beckham and ER star also believed that a white person would not receive the same treatment.

Nagra said: “I remember asking to go up for a job because an actress basically left. It was a well-known TV show here.

“An actress had left the job because basically she’d fallen out with the other actor.

“I remember phoning my agent and I went, ‘Do you think maybe you could just suggest me?’

“The character’s very non-specific in terms of family and between 35 and 40.”

Parminder Nagra went on to add that she was told: “They have already got an Indian person on the cast.” 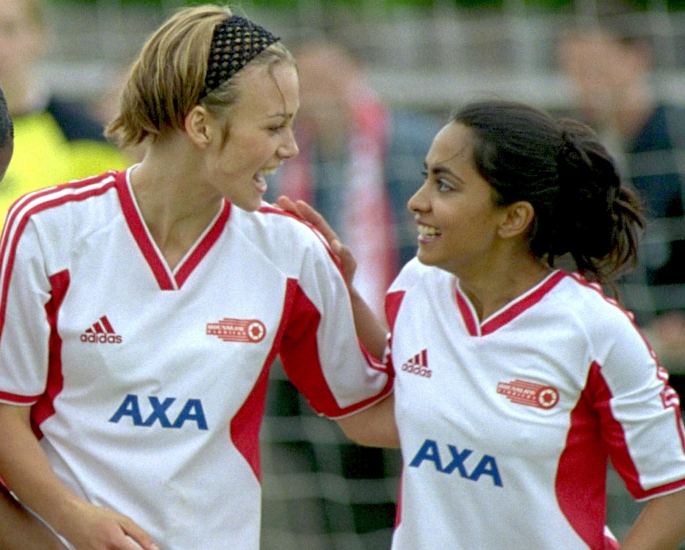 Nagra continued to discuss her reaction to the response she received. She said:

“I went, ‘Yeah but I’m completely different to that person’.

“Is that going to happen when you say we have already got a white person on the show?”

“I don’t think that conversation’s happening.”

Also on the podcast, Nagra acknowledged things have “moved on” in terms of diversity, highlighting the successes of fellow South Asian actors Priyanka Chopra and Riz Ahmed.

However, she believes there is still more to be done in terms of giving South Asian actors equal treatment. Parminder Nagra recalls:

“I have been in rooms where people have gone, ‘That’s not going to sell because there’s too many brown people in it’.”

Priyanka Chopra achieved a wealth of success as a Bollywood and Hollywood actress.

However, she has also spoken about the struggles of finding work in Hollywood as an Indian.

Speaking with fellow actor and author Kabir Bedi over a video call to launch his new book, Chopra said:

“All my bigger work when I initially joined Hollywood, I could not step out there with being Indian, because it was too alien for Hollywood.

“I don’t think, for a very long time, they understood casting an Indian person in a mainstream role in a leading part.

“So even now, it was extremely hard.”

However, like Parminder Nagra, Ahmed believes that there are still steps to be taken regarding diversity in the entertainment industry.

Louise is an English and Writing graduate with a passion for travel, skiing and playing the piano. She also has a personal blog which she updates regularly. Her motto is "Be the change you wish to see in the world."
Irrfan Khan’s son Babil wishes to build a Space ‘Taj Mahal’
Kareena Kapoor Khan reveals Covid-19 chat with Taimur