An Indian man from Rajasthan was in love. However, after he was refused marriage, he killed the woman before taking his own life.

The Indian man had forced Varsha into the car

An incident came to light on November 12, 2019, when an Indian man shot a woman dead before killing himself. The murder-suicide happened in Jhotwara, Jaipur.

The woman was identified as Varsha Soni while the shooter was named as Govind.

It was heard that Govind had been in love with Varsha but when she refused marriage, he killed her.

Govind came to know Varsha in 2016 when he and his family moved to the area where she lived.

When Govind saw her, he was immediately attracted to her. Varsha’s family claim that parents of Govind started discussing marriage with her due to being from the same caste.

However, Varsha refused to marry the Indian man due to his criminal past.

Govind and an associate each served five years in prison for throwing acid on a young girl. They were released in 2011.

The family of Varsha explained that Govind and his parents continued to request marriage despite being refused.

The woman’s father alleged that over a period of two years, Govind and his family pressured her to marry him.

Govind even started turning up at their house uninvited in an attempt to change Varsha’s mind.

But one day, Varsha spoke about the marriage requests and agreed to marry Govind.

However, she changed her mind after a conversation with her father. During late October 2019, Govind turned up at the house where he talked about marrying Varsha.

Following the marriage refusal, Govind became enraged and threatened to kill the woman he loved. 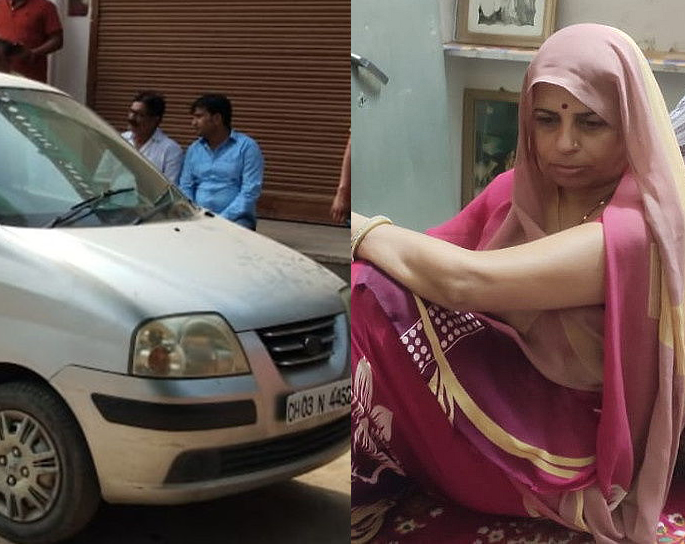 On November 12, 2019, Varsha went to the market to buy fruits. A car driven by Govind later stopped nearby that was described by witnesses as driving “quickly.”

While sitting in the car, Govind took out a gun and shot Varsha in the back of the head, killing her.

He drove off to a nearby temple where he shot himself. Locals inside the shops heard the two gunshots and went out to find the man and woman lying on the floor, covered in blood.

Govind was taken to hospital for treatment but died on November 13, 2019.

Police collected CCTV footage from the area, which revealed that Varsha had been in the vehicle prior to her murder. The car driven by Govind was owned by his brother-in-law Naresh.

Naresh explained that he let Govind borrow his car as there was nowhere for him to park his car near his house.

The Indian man had forced Varsha into the car after claiming that he wanted to speak to her. This led to an argument between the two before she got out and went to the market.

It was revealed that Govind was unemployed, which was another reason why Varsha refused to marry him. Officers have seized Govind’s phone and will take the statements of both families.

Meanwhile, locals said they found out about the incident through social media and news reports.

Investigations are continuing to find out more about the tragic murder and suicide.

Dhiren is a journalism graduate with a passion for gaming, watching films and sports. He also enjoys cooking from time to time. His motto is to “Live life one day at a time.”
Teenager Paid in Cannabis to Move Drug Dealer’s Car
Boxer Amir Khan says Work to Begin on his £5m Wedding Venue