A teenager was caught fleeing a car containing drugs. He said that the car belonged to his drug dealer and claimed he was being paid in cannabis to move it.

Zaman claimed he would be paid 12 bags of cannabis to do so.

Zeeshan Zaman, aged 19, of Blackburn, received a custodial sentence following two drug-related offences, one of which involved him moving “his drug dealer’s car” in return for cannabis.

Preston Crown Court heard that weeks after the incident, plain-clothed officers saw him dealing crack cocaine, heroin and cannabis in an alleyway.

Both incidents had led to Zaman’s arrest, who was 18 at the time.

The prosecutor Simeon Evans explained that the day before the first arrest on May 23, 2019, police saw a Volkswagen Golf driving dangerously but were unable to stop it.

The car was seen again the next day being driven by Zaman.

He abandoned the car and was chased by officers through gardens. Zaman was also caught trying to discard a black pot.

Mr Evans said the pot contained five wraps of heroin and three wraps of crack cocaine, with a combined value of £135.

Officers searched Zaman and found his personal iPhone, a “burner phone”, £188 and six bags of cannabis with a street value of £110.

In the boot of the car, there was a bag containing 230g of cannabis bush, valued at £1,670 and a set of weighing scales.

However, it was on the basis that he was not involved in drug dealing and claimed he had been asked to move the vehicle by his drug dealer, a man he would not name.

Zaman claimed he would be paid 12 bags of cannabis to do so. He was aware of the contents within the pot because he had dealt with drug dealers before.

Zaman was released under investigation after he was interviewed. 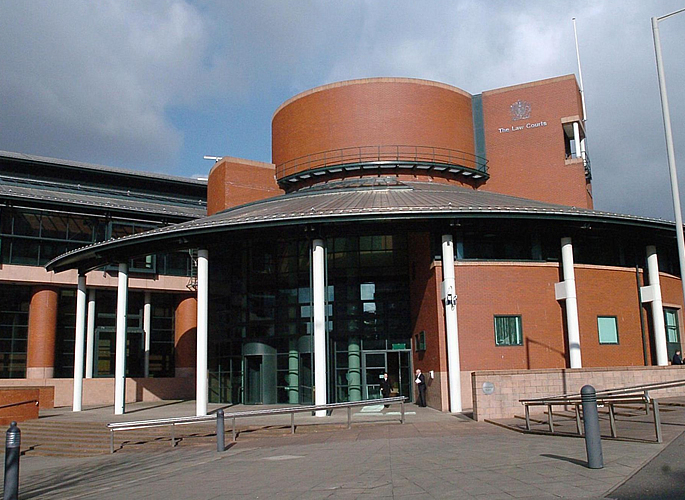 However, on July 16, 2019, he was arrested again after plain-clothed officers spotted him drug dealing in an alleyway.

Zaman was searched and was found with one wrap of crack cocaine and eight wraps of heroin, valued at £180, as well as 13 grams of cannabis, worth £170.

He also possessed £835 in cash, his phone and two “burner” phones.

Zaman initially claimed to have found the drugs before telling an officer:

That was on the basis he had gone to the alleyway to buy drugs from his dealer, the man who allegedly told him to move the Golf.

When officers arrived, Zaman said the dealer handed him the drugs to look after, something he agreed to do as he claimed that he felt pressured by the man.

Mr Evans explained that Zaman’s iPhone and the burner phone found on May 23 “co-located” on 211 occasions.

After the first arrest, new SIM cards were purchased to re-activate the number connected to the iPhone and the number of the burner phone.

Analysis found that in the time the iPhone number had been reactivated until Zaman’s arrest, it “co-located” with the two burner phones a combined total of 496 times.

The prosecution did not accept the basis Zaman had entered his guilty pleas on. Therefore, a trial was set.

Zaman told defence barrister Jonathan Turner that he had never dealt drugs and the burner phones belonged to his dealer.

He did not name the man but said he lived approximately 15 doors away from him.

When asked to name the dealer by Judge Simon Newell, Zaman refused. He later agreed when Mr Turner suggested that he could speak to a police officer away from court.

The man was arrested in possession of a substantial amount of drugs.

But Judge Newell rejected Zaman basis of plea, stating that it is implausible that the dealer would trust him with the drugs for a second time after losing them when he was first arrested, concluding that he was a street dealer.

Mr Turner explained that Zaman’s best mitigation was his guilty pleas and the fact he was only 18 at the time.

He added: “The defendant lives with his parents. They are in court and supportive of him.

“His father suffers with difficulties and in the absence of this defendant and his ability to support his family as a whole that is having an effect on them and causing their lives to be less pleasant than they should be.”

Lancashire Telegraph reported that Zeeshan Zaman was sentenced to four years in a young offenders’ institution.