Popular singer Jay Sean has launched a new podcast, titled ‘Basement Banter’. In the new venture, fans get to see another side to the music artist.

"If you find the truth funny, you will laugh along"

Jay Sean has launched his Basement Banter podcast and fans get to see a completely different side to his on-screen persona.

The British Asian singer is one of just a handful who has had multiple hits both in the UK and also in the US.

The millions of fans who have followed Jay’s career over the past 17 years will know that he has a suave pop star demeanour.

However, underneath it lies a hysterical and dry sense of humour which is being put to good use with the launch of his new podcast series called Basement Banter.

Basement Banter features conversations between Jay Sean, his best friend Woody and special guests, where they talk about their careers in the entertainment industry, sharing hilarious and often unbelievable stories from behind the scenes and on the road.

From a sold-out Madison Square Garden to performing at gunpoint in Romania, Jay, Woody and guests discuss their experiences, life and 15 years of friendship.

The first season has guests such as Grammy Award winners Natasha Bedingfield and Melanie Fiona, Global Wellness Icon Deepak Chopra and many more.

The podcast will be available on all streaming platforms. 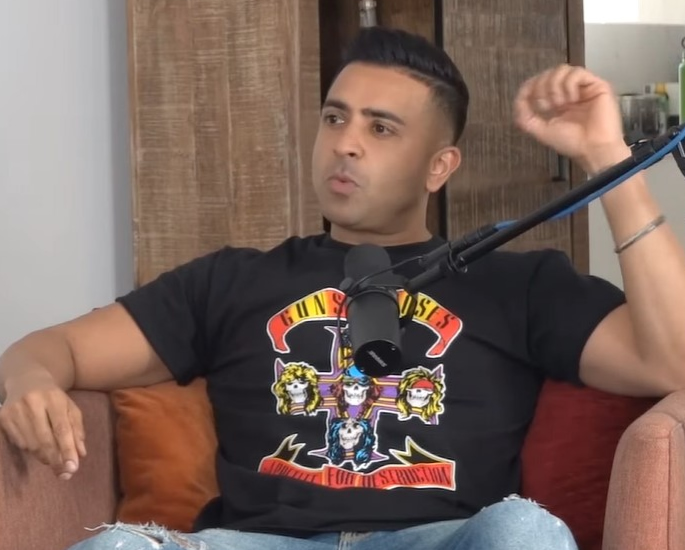 On the podcast, Jay said: “I’ve waited a long time to tell the stories from the road. If you find the truth funny, you will laugh along with us for sure.

“I’m not pulling any punches on this podcast and I’m telling it like it was and is.

“Even I wonder how the hell I survived some of this sh*t!”

Basement Banter is produced in partnership with The Heavy Group and US-based podcast powerhouse Kast Media.

The Heavy Group is a creative management, media and production company focused on holistic and artistic partnerships with makers and visionaries in music, film, technology and philanthropy.

It was formed in 2016 by Jeremy Skaller and Jared Cotter. The main focus is to help uplift current artists and push them forward for the global community to witness.

Kast Media is one of the world’s largest podcast content creator and boasts a lineup of heavyweight podcasts.

This includes the worlds number one rated health and wellness podcast On Purpose by Jay Shetty, YouTube influencer Logan Paul with his Impaulsive show and Jordan Belfort’s (The REAL Wolf of Wall Street) The World’s Den to name a few.

“Jay broke down so many cultural barriers, being Indian and British, so he faced a lot of really difficult and hard to believe moments.

“I even remember a radio station in Florida asking him if he had ever run into the Taliban (because he had band-aids on his fingers from a weight lifting accident and they were making a torture joke).

“In his usual amazing way, however, Jay makes it all very funny and light-hearted.”

The first three episodes are currently out. One episode is released per week for Season 1.

Dhiren is a journalism graduate with a passion for gaming, watching films and sports. He also enjoys cooking from time to time. His motto is to “Live life one day at a time.”
Sonu Nigam calls T-Series Boss India’s ‘Music Mafia’
Indian Model Mahi Chaudhary Gun Fire Video goes Viral