Drug Dealer jailed for Violent Attack on Man in Car

A drug dealer from Birmingham has received a prison sentence for carrying out a violent attack on a man. The incident resulted in the victim being stabbed.

"This was a murder which shocked the local community"

Drug dealer Haseeb Mirza, aged 26, of Small Heath, Birmingham, was jailed for life after he carried out a brutal attack on a man in a car.

Mirza had been in the vehicle with his brother Adeeb Mirza, also a drug dealer.

On July 12, 2019, the brothers had been sitting in a car outside Pandora’s Box nightclub in Digbeth waiting for customers.

It was reported that 35-year-old Malik Hussain and Adeel Yousaf were looking to buy cocaine and got into the car.

Adrian Keeling QC, prosecuting, said the brothers received a call to meet another customer so the car drove to Sparkhill.

A dispute over a spilt drink led to Adeel stabbing Mr Hussain several times in the chest.

The incident halted a queue of traffic behind. Mr Yousaf ran over to the passenger side to help. 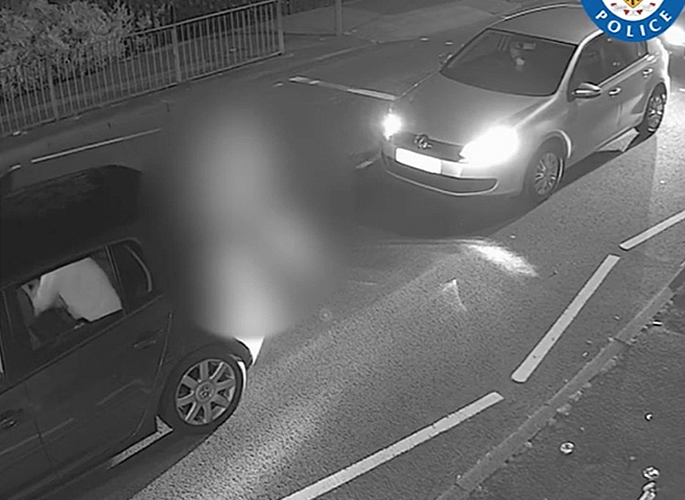 However, Mirza then dragged Mr Hussain out of the car and onto Baker Street, Sparkhill, and was stamped on.

The brothers then drove off. Mirza returned home before taking a taxi past the nightclub and the crime scene. He then calmly went to McDonald’s for food.

Meanwhile, passers-by and paramedics unsuccessfully tried to save Mr Hussain. A post-mortem revealed he was stabbed four times.

On the same day, Adeeb fled to Pakistan and remains on the run.

His brother also tried to flee but detectives tracked him to a Travelodge in Yardley. After his arrest, £1,000 worth of cocaine and cannabis was found under a mattress inside the room.

Following a three-week trial, the drug dealer was convicted of murder.

Detective Inspector Michelle Allen said: “This was a murder which shocked the local community and we have worked flat-out to get this conviction.

“Malik’s family are truly devastated by his death and although they are still trying to come to terms with their loss, we hope this successful prosecution goes some way to providing some of the answers they so desperately needed.

“Our investigations are very much ongoing and we are doing all in our power to trace the second man in the car and bring him before the courts.”

Judge Kristina Montgomery QC told Mirza: “Malik Hussain was a father of three children and they like his widow and close family are utterly devastated by his loss.

“You must be sentenced for his murder. He was killed by you and your brother in a particularly brutal and senseless attack and left to die on a busy road.

“I can not be sure you caused by your own hand the infliction of fatal injuries.

“You and he were a mobile drug dealing team. There were no secrets between you.

“I am sure you knew he was prepared to use that knife. Having heard the evidence I am sure the violence erupted spontaneously as a result of the disagreements in the car.

“Malik Hussain spilling a drink. I can not be satisfied you intended he should be killed.

“It was a large hunting knife with a ferocious blade. It was used to inflict four separate wounds.”

“Even when he was lying fatally injured you stamped on his upper body.

“It was utterly merciless. You did all you could to conceal your tracks.”

Patrick Upward QC, defending, said that his client was drawn in by his brother and that the attack was not planned.

Birmingham Mail reported that on February 13, 2020, Mirza was jailed for life and must serve a minimum of 21 years.

“Malik was a kind-hearted, generous caring son, brother, husband and father. He would do anything to help his family and anyone that knew him.

“Life will never be the same without him. He will always be missed on special occasions, at birthdays, family get-togethers and weddings. We miss his jokes and his laughter. His smile was enough to brighten up the whole room.

“There is not a member of our family that has not been severely affected by what happened to Malik on that night leading to his untimely death.

“Words cannot describe the pain and heartbreak our family has gone through and will continue to go through for the rest of our lives.”

Dhiren is a journalism graduate with a passion for gaming, watching films and sports. He also enjoys cooking from time to time. His motto is to “Live life one day at a time.”
‘Patriotism Lessons’ for Indian Couples on Valentine’s Day
68 Indian College Girls told to Strip for ‘Periods Check’