He becomes a tornado, destroying anyone who obstructs his path of justice.

After saving the inhabitants of Mohenjo Daro, our beloved ‘Duggu’ has returned to the big-screen.

This time, he is angry, revengeful and ‘Kaabil’ (capable) of destruction!

Rohan lives with his beloved ‘Su’ (Yami Gautam). Despite both are engulfed by darkness through their vision, the couple’s lives are brightened with happiness.

However, their blissful life is disturbed after a traumatic attack on Su by two malefactors (Rohit and Ronit Roy).

This becomes the last straw for Rohan Bhatnagar. Subsequently, he becomes a tornado, destroying anyone who obstructs his path of justice.

Watch the trailer for Kaabil here:

Kaabil’s trailer packs a punch. From start to finish, the audience doesn’t even get a chance to blink.

It’s also interesting to see how the two protagonists are visually impaired. This intrigues the audience to see how they’ll face the harshness of life.

Yami Gautam seems to have had quite an eventful experience. This is what the leading lady has to say about Hrithik:

“I can write an entire thesis on what I’ve learnt from him. To sum it up, he is a dream co-actor to work with. When I came to know that I have to do a dance sequence with him, I was nervous. After all, he is Hrithik Roshan.”

One also catches a glimpse of the pair dancing:

“The reason behind Hrithik being the best dancer is that he never takes his work for granted. In the entire schedule, I never heard him say ‘It’s easy or I can do it easily’. He is very energetic and always ready to learn. He has the ability to reinvent himself.” 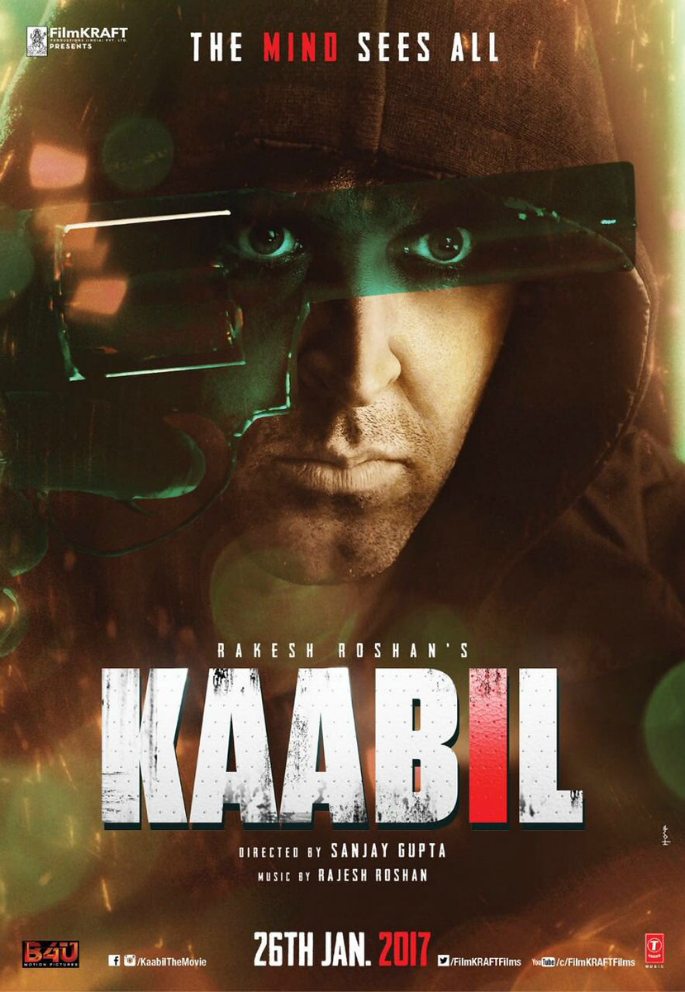 Sanjay Gupta’s Jazbaa (which released in 2015) marked Aishwarya Rai Bachchan’s return to the celluloid after a 5-year hiatus.

As Kaabil reunites Rakesh Roshan and Rajesh Roshan since Krrish 3, one expects the film to soar with adrenaline, thrill and enigma.

Anuj is a journalism graduate. His passion is in Film, Television, dancing, acting and presenting. His ambition is to become a movie critic and host his own talk show. His motto is: "Believe you can and you're halfway there."
A Sexy Rendezvous with Supermodel Elena Fernandes
Kangana does it Again and takes a Dig at Hrithik