The alleged undercover affair between Hrithik Roshan and Kangana Ranaut has taken a turn for the worse, as the pair slam each other with legal notices!

“He cannot wash his hands off the matter now having criminally threatened my client.”

The undercover affair-turned-cold war between Hrithik Roshan and Kangana Ranaut continues to play out in the public eye and has recently become a serious legal battle.

In response to Kangana’s comment which hints at their secret relationship, Hrithik has slammed her with a legal notice on February 16, 2016.

The Queen actress reportedly commented in January 2016 on dropping out of Aashiqui 3 which also casts Hrithik, saying:

“Yes, many lame rumours are doing rounds, even a dumbass can tell where these rumours are coming from. I don’t know why exes do silly things to get your attention. For me, that chapter is over and I don’t dig graves.”

Duggu then tweeted what appears to be a cryptic message to clear any rumours of him having an affair with Kangana:

Ther r more chances of me having had an affair with d Pope dan any of d (Im sure wonderful)women d media hs ben naming.Thanks but no thanks.

He followed up the next month by issuing a legal notice to the 28-year-old actress. It alleges that Kangana’s claim of their relationship was based on her email exchanges with a stranger who had impersonated Hrithik.

His lawyer statement read: “The crux of the matter is that the mail id hroshan@email.com does NOT belong to me. I had filed a complaint in this regard with Mumbai Cyber Crime cell on December 12, 2014 when I learnt of this impersonator communicating with said person.

“I have absolutely NO CONNECTION with this ID. The entire issue stems from a case of identity theft which has carried over to me. My complaint was reactivated on March 5, 2016 and the crime unit has made headway in tracking this person down.” 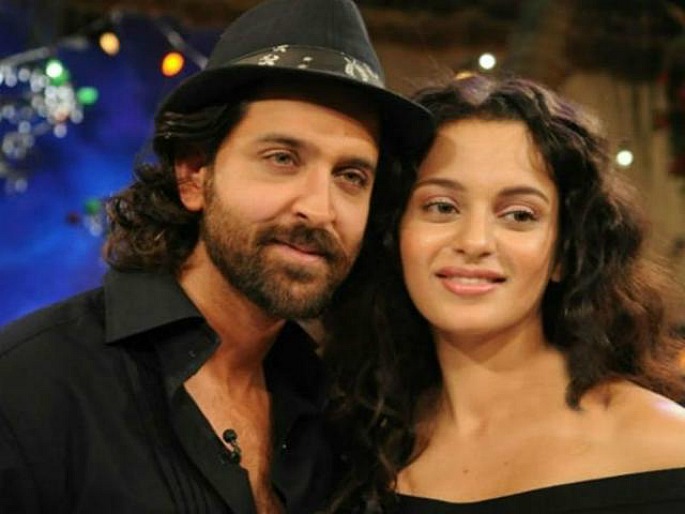 The legal notice went on to state that Kangana suffers from mental illness, Asperger’s Syndrome, which Kangana’s sister told Hrithik in confidence.

“I believe that mental health is a grave and crucial issue which merits serious discussion. I would never address it flippantly nor use it as a personal attack. Any allegation to the contrary is a misrepresentation of facts. I was requested to keep silent and I did so for 2 years.”

The outspoken Kangana struck back on March 1, 2016 with her own legal defence against Hrithik’s accusations.

She called Hrithik’s statements ‘are nothing but efforts to gain public sympathy’ and that he has a very weak case of defamation, since Kangana has never named him in her ‘silly ex’ comment.

Her statement said: “As expected, the notice is absolutely baseless, unsubstantiated, unwarranted and uncalled for. There is not even a case of defamation made out against my client and he is issuing a notice for defamation without application of mind.” 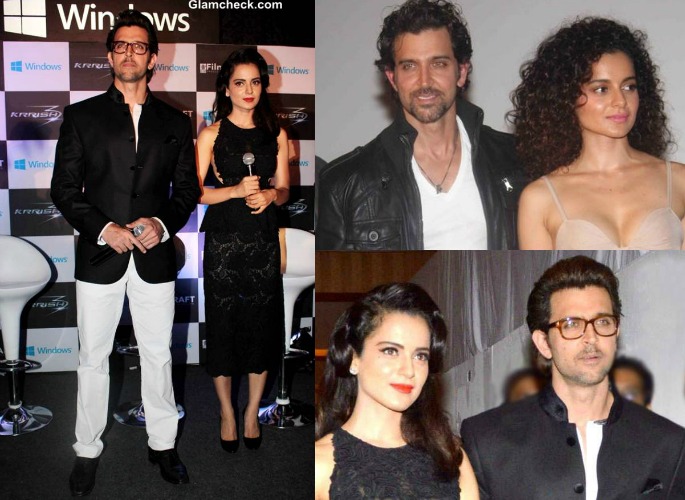 But a more serious claim was that Hrithik has been threatening and intimidating his former co-star: “He cannot wash his hands off the matter now after having criminally threatened my client and having intimidated her, without any provocation.”

With regards to Hrithik’s denial of email exchanges with Kangana, her statement slammed him for using it as a ‘face saving strategy’.

A new twist to the story is that one of Kangana’s close friends has spoken to Mumbai Mirror, exposing all sorts of details of the pair’s undercover affair.

The source confirms they started as friends in 2009 on the set of Kites.

When Hrithik and Sussanne divorced in 2013, Duggu wasted no time in proposing to Kangana in Paris.

But things reportedly soon turned sour for the couple in 2014, according to Kangana’s friend:

“In the first week of February, soon after he resumed shooting for Bang Bang, Hrithik stopped communicating with her. Kangana took off for a vacation in New York where she heard rumours about his growing closeness to his Bang Bang costar Katrina Kaif.

“On February 14, she confronted him about the rumours when Hrithik called her and asked him to be honest with her. He only wanted to know if anyone was aware of the engagement. When Kangana told him that she had informed her family about it, he said that she had misunderstood his intentions.” 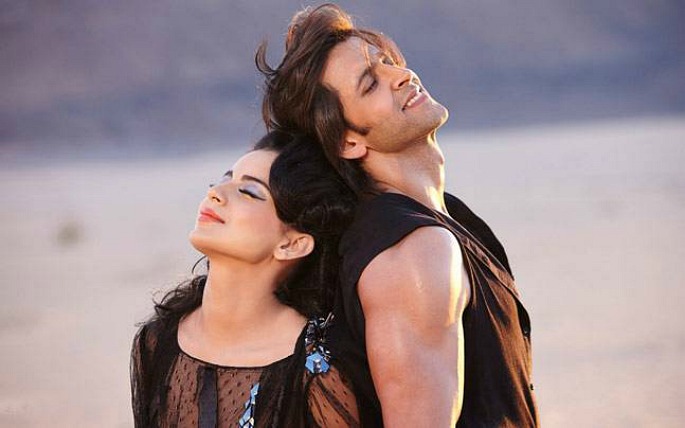 After that, the couple had been on and off the relationship wagon and her friend points the finger right at Hrithik for making things ‘ugly’:

“Hrithik had also started keeping an eye on her. He had a man posted outside her apartment to report on Kangana’s movements, knew who she interacted with, which flight she was taking, where she was going etc. She wanted to end it. But Hrithik was not ready to let her go.”

Hrithik continues to shut down any media speculations of his relationship with Kangana, suggesting reporters should ‘stop writing rubbish’ on Twitter. We shall find out how this messy affair will pan out!