Superhero Hrithik Roshan back for Krrish 3

Our favourite hero is back as Hrithik Roshan hits the screen with his superhero guise once again in Krrish 3. Alongside leading lady, Priyanka Chopra, the film is directed by Rakesh Roshan.

"When I wear the jacket, there's a mental shift that happens and I feel unstoppable, unbreakable."

Promos and teasers for the film have stunned fans and audiences worldwide with a thrilling ride of visual effects and stunts and of course, the very ripped and handsome Hrithik Roshan in his superhero costume.

Although the cast cannot reveal too much about Krrish 3, Hrithik stated that he very much wanted to play the villain in this film. However, his father and director, Rakesh Roshan was against it and insisted Hrithik play the superhero.

Hrithik said he loved the villain’s part, Kaal, which is played by Vivek Oberoi: 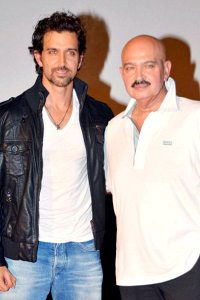 “When I read the script, the villain’s role looked very exciting. Since I’ve already played the positive guy, I thought I could play the villain this time around. But my father was firm that I can never play the villain.”

Krrish 3 continues from the story of Rohit Mehra and his superhero son, Krrish. With Rohit and Krishna happily living their lives and saving humanity, there is a new dark power brewing.

The first half of the film is about how Vivek Oberoi, as Kaal the supervillain, has his own looks and a very modern facility. He plans to take over with with his army of mutants that he has created.

During an interview, Hrithik was asked how it was to battle against Vivek Oberoi as the villain. Hrithik said: “Our list was very small as it had only one name – Vivek. I wanted to play the negative character, but I was not allowed to. I could not have done what Vivek has done. He has done an amazing job.” 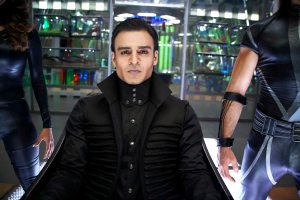 Hrithik has revealed that the film has been a challenging and demanding one to make.

He mentioned that he managed to achieve his unique look with high-end prosthetics and a body contour suit. He has been painstakingly spending four hours each day in make-up and costume.

Portraying three remarkably different looks, Hrithik has stated that the journey for Krrish 3 has been a difficult, but rewarding one. Mentioning the hard work that has gone on in the making of the film, he said:

“It’s been a big challenge, because before I started the film, I had a double slipped disc in my back. The doctor said if you do this film, you will not be able to do the stunts.”

But Hrithik’s determination to see his father’s amazing script come true compelled him to achieve the impossible. He regained his health and continued with the shoot:

“When I am faced with a challenge, I am Krrish. But then anybody can be Krrish. It is just a mental shift. I believe that there is a Krrish in all of us.”

“Through him I learnt that being a superhero is not really about wearing a mask or cape and flying through buildings. When I wear the jacket, there’s a mental shift that happens and I feel unstoppable, unbreakable,” Hrithik said.

The impeccable visual effects, which includes one scene where Hrithik jumps from a bridge that is 2000 metres above sea level, was the most difficult shot to accomplish.

The sequence required 3,000 different shots in order to establish the most realistic and natural look for the scene. To achieve it, the shots were taken under many algorithms.

Taking into consideration the way in which the body lands, where Hrithik’s feet would touch the ground, his speed and what the superhero position should be once he has landed after his big leap, it took a very determined and dedicated team of 35 four months to complete this one scene. 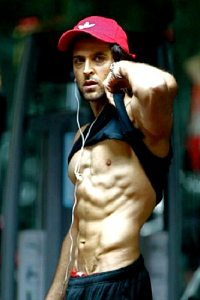 The challenge was to keep Hrithik up in the air for 45 seconds and then finishing it with Hrithik landing up straight.

As the film has had its handful of challenges, Hrithik admits: “As director and producer, I know what my father has been through trying to not hold back what he is creating.

“But being a producer [he was] thinking that how are we ever going to achieve this. It is just not possible. But then he does the impossible things.”

After the release of Krrish 3 song, ‘Dil Tu Hi Bata’, Kangana Ranaut is reportedly playing an evil role of a lethal mutant Kaya. She and Hrithik are seen getting very close to each other throwing a new twist in the love story.

However Priyanka Chopra is seen as the leading lady in the film which is reportedly shown in the song ‘Raghupati Raghav’. But with the release of ‘Dil Tu Hi Bata’, audiences have been wondering what the song with Kangana and Hrithik really means.

Kangana revealed: “For the first time I am playing a negative role in the movie. This is a very unconventional role. Her name is Kaya and she has super powers. She is sexy but wicked at the same time.” 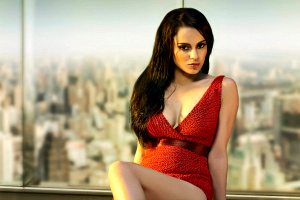 When the filmmaker Rakesh Roshan was approached, he refused to divulge any details when asked of the Hrithik-Kangana duo.

Rakesh interestingly announced that if the movie is a success, then there will be a lot more Krrish to look forward to:

“If this movie does well, then we will carry it forward. It is the only film with a story going ahead? It is just not the name, it is the film where the story is continuing with Koi Mil Gaya, Krrish and Krrish 3 where you can identify all the characters,” Rakesh said.

Krrish 3 will be the third instalment in the Bollywood superhero franchise after Koi… Mil Gaya and Krrish. Krrish 3 releases worldwide on November 1, 2013.

Nadeera is a model/dancer hoping to take her talents further in life. She likes to carry her dance talent in charity functions and is passionate about writing and presenting. Her life motto is: "Live life over the top!"
Ranveer Singh loves Deepika Padukone in Ram-Leela
Akshay Kumar plays gangster in Boss