Lion tells the real life story of Saroo Brierley, who lost and found his family.

Dev Patel will star opposite Nicole Kidman in Lion, a film adaptation of Saroo Brierley’s sensational account of finding his family in his book A Long Way Home.

Directed by Garth Davis whose accolades include the Gold Lion at the Cannes Film Festival, Lion began shooting in Kolkata in India on January 14, 2015.

Bollywood actors Nawazuddin Siddiqui and Deepti Naval will join the shooting in India. Contrary to speculation, Siddiqui will not share scenes with Kidman.

Priyanka Bose and Tannishtha Chatterjee are also expected to be seen on location in Kolkata. Filming will then move to Australia from April or May 2015. 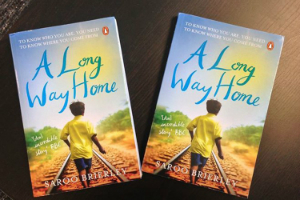 Lion tells the real life story of Saroo Brierley, who lost and found his family in a testing quest that spanned 20 years.

Brierley, who will be played by Dev Patel in the film, was born into a poverty-stricken family in India.

When the five-year-old boy was separated from his family, he lived on the streets of Calcutta before being placed into an orphanage and adopted by an Australian couple.

His adopted family, rumoured to be played by Kidman, raised him in Hobart in the Tasmania state of Australia.

Brierley grew up as a typical Australian and learned to speak English fluently, but was intrigued by his past and decided to track down his birth mother. 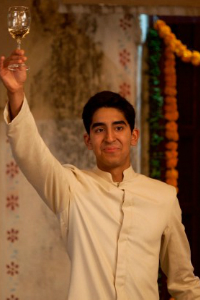 With the help of Google Earth and his vague memory from all those years ago, he finds his way back to the home in his heart in 2011.

Lion will be Patel’s second venture with an Australian film star. His first is the highly anticipated sci-fi film, Chappie, where he stars alongside Hugh Jackman.

Empire Magazine has listed Chappie as one of its ‘21 films to see this year’. The film will be released in the UK from March 6, 2015.

Patel has recently made headlines for ending his six-year romance with Freida Pinto. But he is determined not to let this overshadow his blossoming career.

Having wrapped up his run on HBO’s Emmy-winning drama The Newsroom, Patel will reprise his role in The Second Best Exotic Marigold Hotel (2015).

His co-star in Lion, Nicole Kidman, has worked with a number of famous British actors. The Australian native starred opposite Ewan McGregor in Moulin Rouge! (2001), and the current ‘James Bond’, Daniel Craig, in Invasion (2007).

Ever since her high profile divorce from Tom Cruise in 2001, Kidman has been seen in a diverse range of roles. 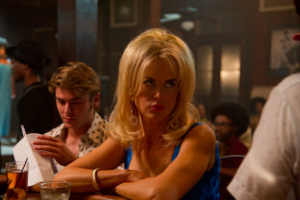 From a haunted widow in The Others (2001), to a lustful Southern belle in The Paperboy (2012), she continues to impress audiences and critics.

She has gained widespread recognition as an established actress, marked by her Oscar win for portraying Virginia Woolf in The Hours (2002).

Her appearance in Lion with Patel will no doubt bring more positive attention to a new generation of British Asian actors, who are making conscious efforts to challenge stereotyped-portrayals of Asian characters.

The release date for Lion is yet to be confirmed. Its worldwide distribution will be handled by The Weinstein Company, known for producing films like The Iron Lady (2011) and The Imitation Game (2014).

With its star-studded cast, cinema goers will no doubt be excited to watch this compelling real-life tale when it is released.