Boney Kapoor and Daughter Janhvi to Work Together?

"It will be an unforgettable story"

Working together for the first time, Boney Kapoor and Janhvi Kapoor are set to team up for a very special film, Bombay Girl (2020).

The details of the upcoming film are not readily being revealed enhancing the buzz around it.

It is going to be written and directed by Ssanjay Tripaathy and produced by Boney Kapoor and Mahaveer Jain.

According to Hindustan Times, an insider in the industry explained how the film will showcase Janhvi in a persona unseen by audiences. The insider said:

“It will see Janhvi in an all-new avatar. Undoubtedly, it’s going to be a special project for both her as well as Boneyji.

“After all, the father-daughter duo is coming together for the first time. For the same film, Boneyji has joined hands with (producer) Mahaveer Jain.”

The insider continued to mention:

“It’s going to be a coming-of-age story of a rebellious teenager and Janhvi is also very excited about the film as the part is diametrically opposite to her other roles.”

Janhvi entered Bollywood with her debut film Dhadak (2018) with Ishaan Khatter. Dhadak was a remake of the Marathi film Sairat (2016).

The film was a commercial success at the box office and Janhvi was praised for her performance. 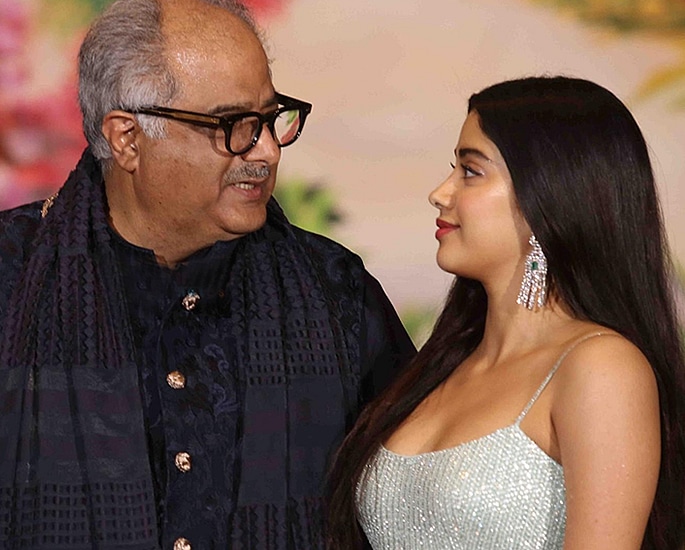 Boney shared his delight for his daughter. He said:

“I am surely very excited about the film. Janhvi will be doing something completely different from what she is doing in all her other movies.”

He continued to explain his emotions as a parent:

“I feel whenever a parent works with his/her kids, it’s an emotional experience, and the same holds true for me. I was equally overwhelmed when I teamed up with Arjun (Kapoor; son) for the first time.”

Boney Kapoor is set to work with his son Arjun Kapoor once again in the Hindi remake of the Tamil film, Comali (2019).

Since her debut, Janhvi has gone on to sign for numerous films. In RoohiAfza (2020), Janhvi will star alongside Rajkummar Rao and Varun Sharma.

She will be seen playing a double role of the characters Roohi and Afsana who will have opposing qualities.

This biopic film will see Janhvi stepping into the shoes of the first Indian female pilot to fly in combat, Gunjan Saxena.

In addition, she will be joining the Netflix series Ghost Stories (2020) directed by Zoya Akhtar and Karan Johar’s Dostana 2.

It appears that 2020 will be the year of Janhvi Kapoor and she will be starting the year in the best way by working with her father.

Producer Mahaveer Jain who is excited about the collaboration with the father-daughter duo said:

“I can promise one thing that it will be an unforgettable story.”

The film is expected to release in January 2020 and we look forward to seeing this father-daughter collaboration on the big screen.

Ayesha is an English graduate with an aesthetic eye. Her fascination lies in sports, fashion and beauty. Also, she does not shy away from controversial subjects. Her motto is: “no two days are the same, that is what makes life worth living.”
The Apprentice’s Lottie Lion in Race Row for ‘Shut up, Gandhi’
Evelyn Sharma gets Engaged to Boyfriend Tushaan Bhindi