Arjun Kapoor and Malaika Arora have been dating for a while now and have been spotted showing their love for each other in public.

Arjun Kapoor and Malaika Arora are often seen showcasing their love for one another in public and their outing in New York is another chapter in their relationship.

Before, the couple would neither confirm nor deny their relationship but they would be spotted on dates together.

Arjun opened up about his relationship in May 2019 and confirmed it. The couple went to New York to celebrate Arjun’s 34th birthday.

While several of the Kapoor’s wished their relative a happy birthday, Malaika posted a picture of her and Arjun holding hands.

Since her post, the couple has been sharing pictures of one another and commenting on each other’s post, publicly showcasing their love.

In one picture, Arjun shared a picture of Malaika covering her face with a heart-shaped bag. It looked like the two of them were enjoying dinner.

He wrote: “She has my heart… literally.” 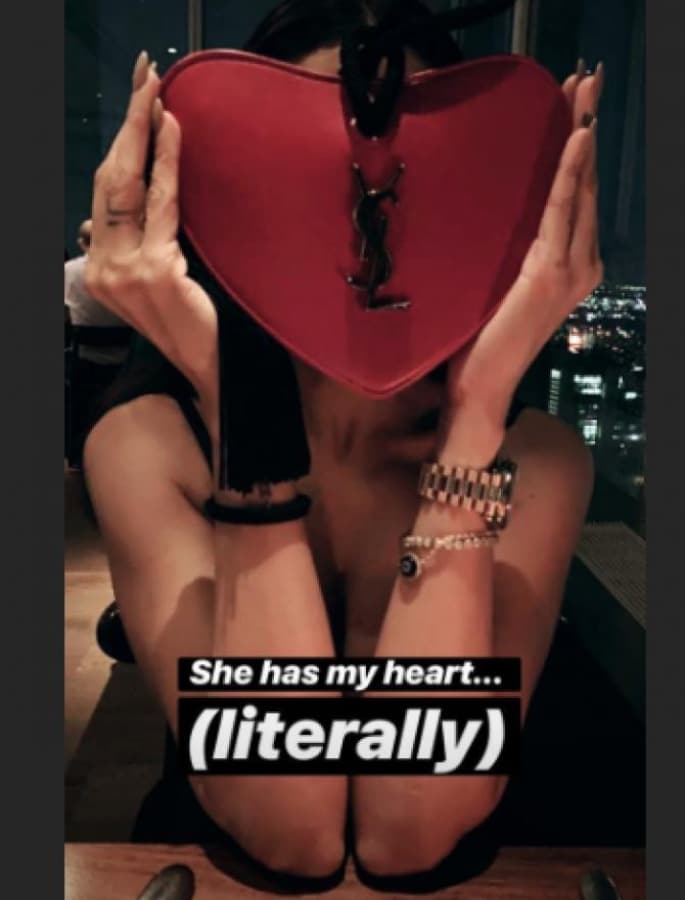 It seemed to be a relaxing trip to New York as one picture showed Malaika wearing a layered sleeveless jacket with a white tube top. She finished the look with a pair of heart-shaped sunglasses.

The actress posted the picture on her social media but Arjun was quick to comment and jokingly wrote: 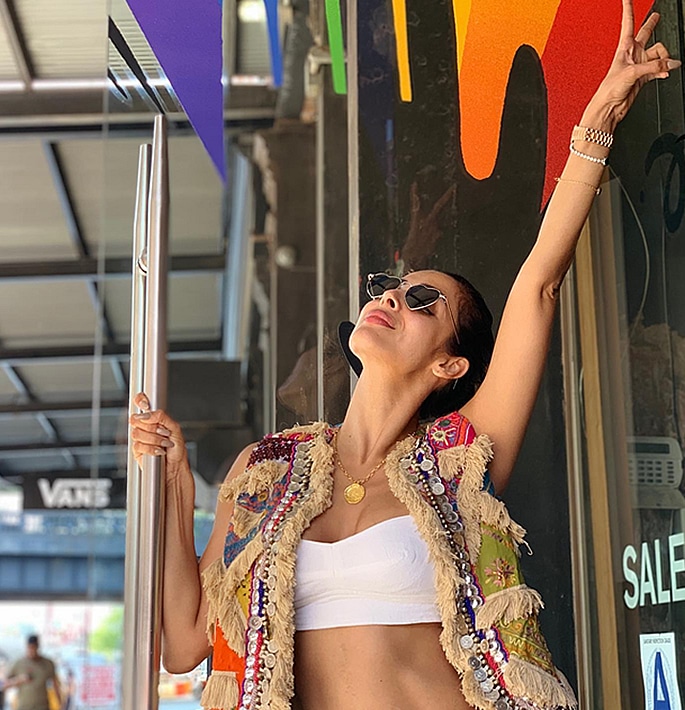 In an interview, the actor opened up about the reason for making his relationship public.

Arjun said: “We’ve come out because the media has given us dignity. There’s a certain understanding the media has… they’ve been respectful, kind, honest and decent about it. That is why I felt comfortable.

“You recoil when there’s a certain ‘gandhagi’ that comes with the territory. When purposely people irk you by saying, writing or asking things… there hasn’t been any of that.

“Where the paps are concerned, we give them photos when walking in and out of a place. It is normal.”

“We talk to them. There’s certain ease. I told them don’t sit under the house just because it looks like we’re hiding when we’re not.

“I don’t want that story being conveyed that we’re still hiding when we’re not. They understood that.” 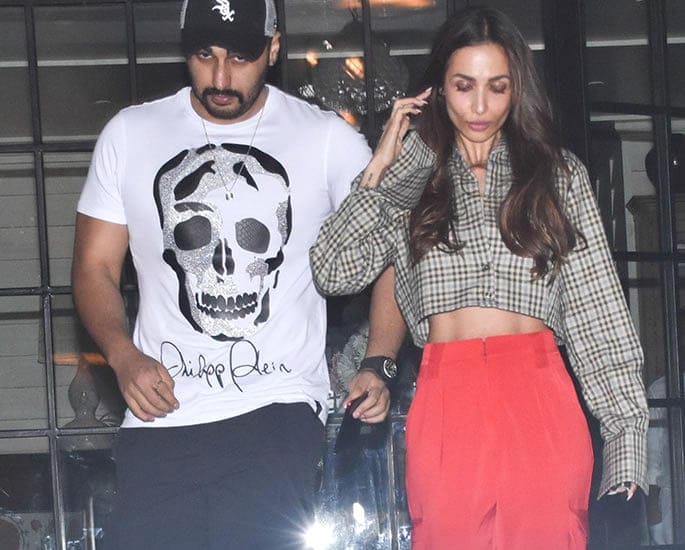 There had been speculation that Arjun Kapoor and Malaika Arora would be getting married in 2019. A source claimed that they would have a private ceremony in April.

However, the rumours turned out to be false and Arjun firmly dismissed any immediate marriage plans. He stated:

“I’m not getting married. I understand why there are speculations.”

While there are no plans to get married yet, Arjun and Malaika’s relationship has gone from strength to strength.

Despite their happy relationship, there have been trolls who have spoken about their age gap. Malaika responded to the haters:

“Unfortunately, we live in a society that refuses to progress with time. An older man romancing a younger girl is hailed everywhere, but when the woman is older, she’s called ‘desperate’ and a ‘buddhi’.

“For people who think like this, I have just one line: Take a flying f***.”

The actress also commented on her son Arhaan Khan’s reaction to her relationship with Arjun.

“I believe the best way to approach any situation is with honesty.

“It’s important to tell your near and dear ones what’s happening in your life and then give them time and space to understand and process things.

“We have had that conversation and I am so glad that everyone is in a much happier and more honest space today.”

Dhiren is a journalism graduate with a passion for gaming, watching films and sports. He also enjoys cooking from time to time. His motto is to “Live life one day at a time.”
Barun Sobti’s ’22 Yards’ gets Huge Success in Russia
SRK and Son Aryan Khan voice Disney’s Lion King