Barun Sobti’s ’22 Yards’ has been receiving tremendous response in Russia. The sports film’s success in the country continues to grow.

"the film has been doing so well in Russia."

The success of Indian films in the international market is growing and Barun Sobti’s 22 Yards is one of them. The film is creating waves in Russia.

Russia has had a deep-rooted connection with Indian films for years so it is no surprise that 22 Yards is a hit.

The film is directed by Mitali Ghoshal and it has had a tremendous reaction given that it would be considered an indie film.

22 Yards managed to be released in more than a hundred screens. It is a feat which is rare as most indie releases in Russia get a restricted release or are only shown at film festivals.

The film has been running for more than three weeks and it doesn’t look like it’s momentum is about to stop.

As it gears towards a record in the market, Barun’s popularity as a TV star is what is contributing to its success.

In 22 Yards, Barun is a sports agent who is involved in an alleged scandal. As a result, he loses his credibility and career.

He must revive his reputation by managing an upcoming cricketer into a major sportsman. Amartya Ray was praised for his role as the young cricketer. 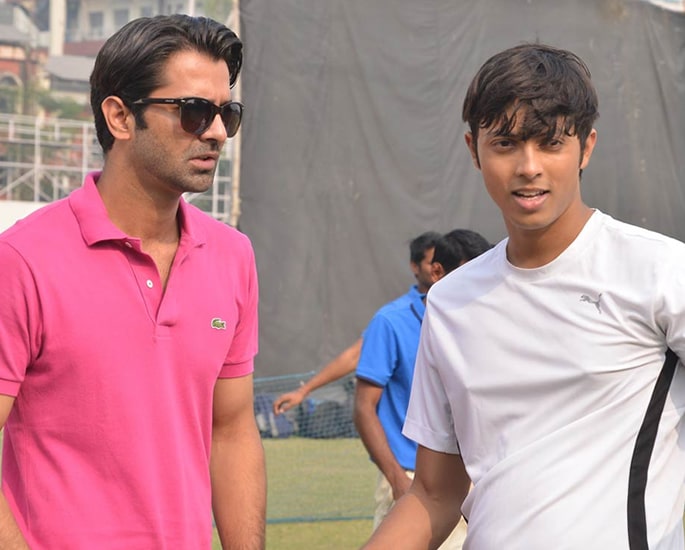 Speaking about the success in Russia, Barun said:

“It’s really amazing to know that the film has been doing so well in Russia.

“Its been three weeks since its release and its rare or almost never that a smaller independent film like ours releases so widely in a country like Russia.

“It’s a big market for big-ticket films, however, the fact that a modest film like ours has done exceptional business is extremely rewarding.”

“It is very nice to know that people in Russia are loving our film. It is the third week running and hopefully, it might go to fourth.

“Films are made for the audience, so the love wherever it is makes the whole team happy.”

“I would really like to thank our distributor in Russia. He distributed the film very positively.”

Amartya said that it was a big deal for the film being shown in a major international country.

He added that it made the cast and crew excited especially since it was his debut film. Amartya said:

“You know just the fact international audiences were able to see our performances listen to the songs that I created, it meant a lot to me.

“It’s really special that my film has travelled abroad and the double excitement is because people there have given us a lovely response.

“They are liking the film there and they are saying that it’s really different from the usual Bollywood films they see there.”

Following the success of Barun Sobti’s 22 Yards in Russia, the film is set to release in Kazakhstan.

Barun spoke about the film’s travel to another niche market. He said:

“I’m glad the film has got this new lease and is getting a new way to travel internationally and achieve such feats. And post the success, we are soon headed to Kazakhstan.”

Dhiren is a journalism graduate with a passion for gaming, watching films and sports. He also enjoys cooking from time to time. His motto is to “Live life one day at a time.”
‘Sir’ wins Hearts at Birmingham Indian Film Festival 2019
Arjun Kapoor and Malaika Arora make their Love Public