The 58th BFI London Film Festival celebrates art house and independent cinema from around the world. DESIblitz takes a look at some of the incredible South Asian films being screened.

All of these films delve into the sociopolitical heart of South Asia.

The 12 day BFI London Film Festival will see an incredible 248 films from every corner of the globe.

For 2014, a number of compelling independent films from India and Pakistan will also be screened October 8 and 19, 2014 across 17 different venues.

DESIblitz has compiled a list of the South Asian films at the BFI London Film Festival that are ones to watch.

Margarita, with a Straw 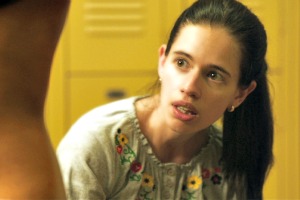 Margarita, with a Straw, an Indian film starring Kalki Koechlin, directed by Shonali Bose, is the journey of a teenage disabled musician who yearns for love, sex and external affirmation.

Kalki plays the role of a young woman with cerebral palsy in the film which discusses her struggle with ordinary activities in her life. Laila, is an aspiring writer who writes lyrics and creates electronic sounds for an indie band at Delhi University.

As she gets admitted to New York University, and moves to Manhattan, she falls in love with a young activist, Khanum. Thus begins her journey of sexual discovery which thwarts the relationships between her family and friends.

Margarita, with a Straw is one of the five projects selected for the Work In Progress Lab of Film Bazaar 2013. The film made its world premiere as part of the Contemporary World Cinema Programme at the 2014 Toronto International Film Festival (TIFF). 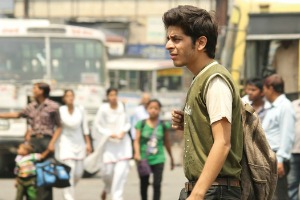 In the dark underbelly of Delhi, Titli, the youngest of the brutal car-jacking brothers, schemes a desperate bid to flee the unlawful ‘family’ business. His conspiracy is let down by his rowdy brothers, who marry him off against his wish.

Surprisingly Titli finds a friend in his new wife, Neelu, who fosters her own frustrated dreams. They form a strange, mutually exploitative pact to break the stranglehold of their family roots.

The directorial debut, Titli was the only feature film selected to represent India in the ‘Un Certain Regard’ section of the 2014 Cannes Film Festival. 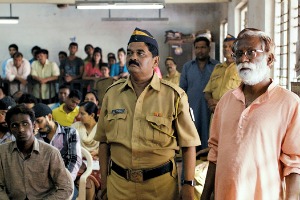 The story of Court begins with the discovery of a sewerage worker’s body inside a manhole in Mumbai.

An aged folk singer is tried in court after being accused of performing a provocative song which might have encouraged the worker to commit the act. As the trial unfurls, so do the personal lives of the lawyers and the judge involved in the case.

The movie won the Lion of the Future Award for the best first feature and was also regarded as the best film in the Orizzonti or Horizons category. 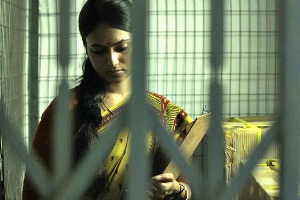 The film, Asha Jaoar Majhe (Labour of Love), featuring Ritwick Chakraborty and Basabdutta Chatterjee, and produced by Jonaki Bhattacharya and Sanjay Shah is an uncomplicated, laid-back film on love. It is devoid of dialogues in which thoughts are communicated through expressions and music.

Labour of Love or Asha Jaoar Majhe is about a young Bengali couple’s livelihood in a recession-hit Kolkata, their dull middle-class existence filled with monotonous jobs, meal breaks and sleep.

They never meet each other as the man works at night in the printing press of a newspaper, and his wife during the day in a handbag factory.

The movie was inspired by a two-page Italian short story, Adventures of a Married Couple by Italo Calvino.

Aditya Vikram Sengupta was named the ‘Best Director of a Debut Film’ for Labour of Love (Asha Jaoar Majhe) in Venice Days, an independent sidebar of the Venice International Film Festival. 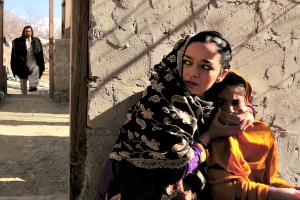 The film stars Samiya Mumtaz, Mohib Mirza, Saleha Aref. The film is about the mother and a ten-year-old daughter who flee their home to save the girl from a forced arranged marriage to a tribal leader.

The film was premiered at the 2014 Toronto International Film Festival and has been selected as Pakistan’s Official entry in the category Best Foreign Language Film for the 87th Academy Awards.

All of these films delve into the sociopolitical heart of India, Pakistan and the remainder of South Asia, touching on the lives of ordinary people.

Komal is a cinéaste, who believes she was born to love films. Apart from working as assistant Director in Bollywood, she finds herself doing photography or watching Simpsons. “All I have in life is my imagination and I love it that way!”
Amitabh and Rekha to Reunite in Shamitabh?
Veena Malik stars in Horror film Mumbai 125 km