Actress Janhvi Kapoor is set to star in Netflix’s upcoming series, titled ‘Ghost Stories’. It will mark her digital debut.

Bollywood actress Janhvi Kapoor is set to appear on the small screen for the first time as she will star in new Netflix series Ghost Stories.

The web series will be made up of four stories, each directed by Zoya Akhtar, Anurag Kashyap, Karan Johar and Dibakar Banerjee.

The four filmmakers first came together in 2013 for the cinema-themed Bombay Talkies. They reunited in 2018 for Lust Stories.

Janhvi will star in Zoya’s episode. The rising star took to Instagram to announce the news.

She said: “I have a really exciting announcement to make.

“I have got the opportunity to work with my favourite filmmaker ever, someone I look up to as a woman, as an artist, just as… everything, a human being and she is none other than Ms Zoya Akhtar.”

Starring alongside Janhvi is Vijay Varma. He will reunite with Zoya after they worked together on Gully Boy.

The Dhadak actress went on to talk about her new project.

“I am going to be part of a short film that she is directing for Netflix‘s Ghost Stories.

“So, not only am I being directed by my favourite, but I am also going to be on Netflix, so you can watch me all day, every day.”

Ghost Stories is a series of horror-based short films which have been produced by RSVP and Flying Unicorn Entertainment. 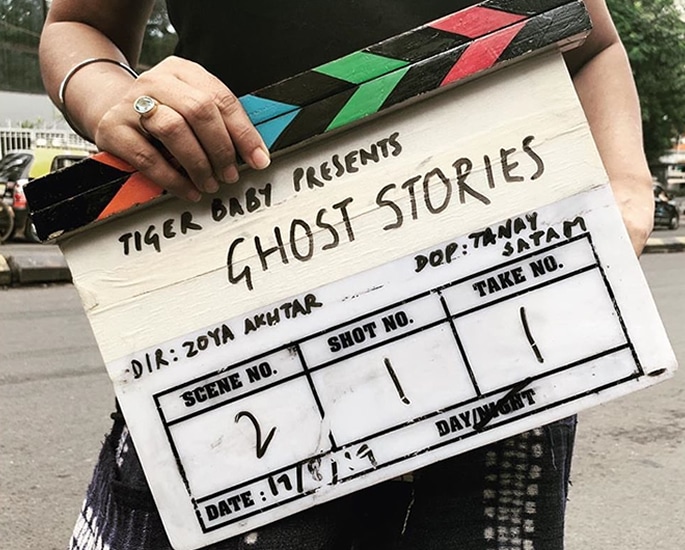 Janhvi further expressed her excitement about being part of a project with such “interesting content”.

She added: “No, but more than that it is such an exciting opportunity for me and I do really hope and believe that we are creating something special because it is such interesting content.

“And I am so happy and thankful to be a part of it. And I wanted to tell you all for myself. So, thank you and pray for me… Happy Sunday, bye!”

A press release promised that each episode “will be thematically connected to each other and culminate in a hair-raising end”.

Ghost Stories has not yet announced an air date.

When it comes to other projects, Janhvi Kapoor is working on Kargil Girl, a biopic about Gunjan Saxena, one of the first female combat aviators in the Indian Air Force.

She will also star in Karan Johar’s historical drama Takht, which has an all-star cast featuring the likes of Ranveer Singh, Alia Bhatt and Kareena Kapoor Khan.

Dhiren is a journalism graduate with a passion for gaming, watching films and sports. He also enjoys cooking from time to time. His motto is to “Live life one day at a time.”
10 Indian Films about Sex and Forbidden Love
Deepika and Ranveer pose with Boxer Amir Khan in London