Anita Krishan talks Ghost Of The Silent Hills & the Paranormal

Anita Krishan is a well-known writer who explores various genres. She exclusively chats to DESIblitz about her latest novel ‘Ghost Of The Silent Hills’.

"It did send chills down their spine."

Shimla-born talented author Anita Krishan is one of the best-selling authors of fiction in India.

The first twenty-two years of her life were spent in the immaculate Himalayan town where she earned her Masters degree in English Literature from Himachal University.

This prompted her journey as an educator who went on to enriched the lives of limitless student.

After having touched the lives of her students with a thirst for the narrative, Anita became a full-time writer.

Anita was also a respected columnist with The Indian Economist as well being a poet.

Unlike many authors, Anita Krishan has delved into various genres showcasing her versatility from the bliss and toils of life to the paranormal.

As an author of fiction novels, Anita has used her extensive experiences of travel, human ethos, cultures and significant issues which affect contemporary society.

Her latest novel, ‘Ghost Of The Silent Hills’ was published in January 2020. This novel transports the reader to experience bone-chilling paranormal happenings in life based on real-life experiences.

DESIblitz had an exclusive conversation with author Anita Krishan about her latest novel, ‘Ghost Of The Silent Hills’ (2020), the paranormal and inspiration. 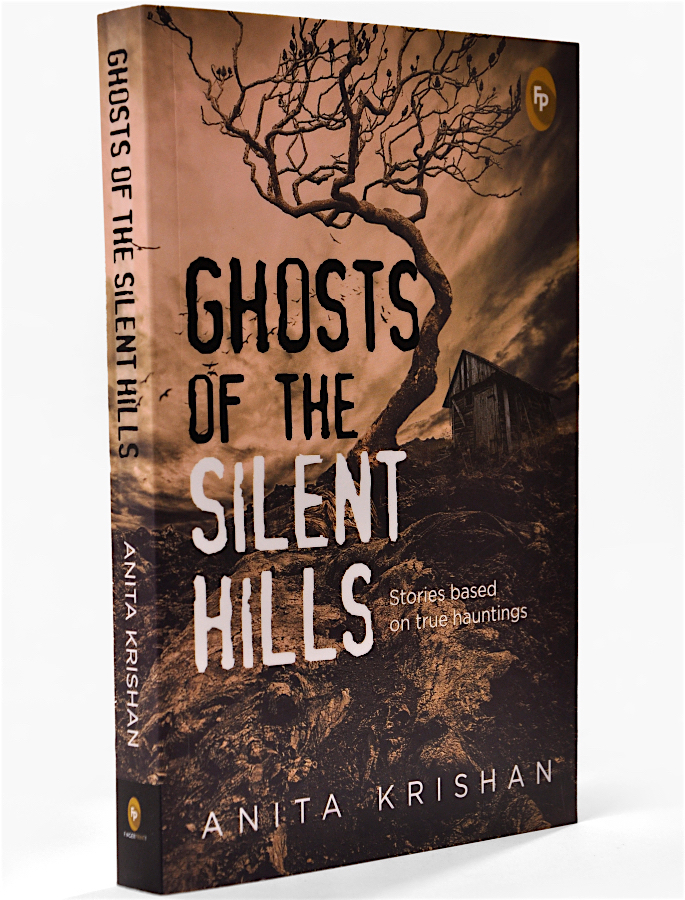 How has growing up in the pristine Himalayan town inspired your latest novel, ‘Ghost Of The Silent Hills’?

Mysteries seem to be hidden in every nook and corner of the mountains. The obscure hills and arcane valleys can set the imagination rolling.

My home town, Shimla also has an ample store of supernatural tales from the haunted tunnels to spooky sanatoriums, a headless English lady riding a rickshaw to a gentleman in top hat and tailcoat asking for a cigarette and then disappearing, you have them everywhere.

I grew up listening to many spooky encounters that people claimed to be true.

How has travelling the world enriched your knowledge and outlook of human ethos and cultures? And how did you transpire this into your novel?

A simple awakening that people all over the world are basically human at the core of their hearts … with similar emotions, similar outlook, similar behavioural tendencies comes only when we get to meet people from various backgrounds and nationalities.

The world is a rich heritage of cultures and traditions which need to be kept alive through the mighty pen. Intrest in the unknown is universal too.

The Tower of London and the Theatre Royal or the Grand Central at New York the places that blend history, fantasy and the supernatural did give me the creeps when I visited them but somewhere also sowed seeds for my future writings.

Can you explain your experience as an educator and how it has helped you with your writing?

During my association with my young students (12 to 16-year-olds), I realised that everybody without a single exception loved stories.

To teach values, morals, language, history, theatre or break the inter-regional and inter-religion walls that we humans built to create conflicts among us.

Storytelling scored the topmost position in my teaching program. Recounting stories to my students I gradually began to pen down my own.

Can you describe the experience behind the real-life paranormal incidents explored in ‘Ghost Of The Silent Hills’?

To be an effective writer you have to imagine yourself in another person’s shoes and experience the sequence of events, the emotions, demeanour and actions of the character.

It may be expected that writing about the paranormal occurrences which are baffling, frightening as well as fascinating the writer must have experienced some amount of anxiety.

Well, writing the first draft did initially cause me certain trepidation but more than that, it was the concern I felt for those who had undergone the harrowing experiences and had shared them with me.

“One person had visible goosebumps on his arms while narrating his ghostly encounter.”

By and by, I became almost immune to imagining and writing these spooky stories.

What drew you to the gothic genre in your latest novel?

Paranormal chronicles have voyaged through centuries, survived and are still thriving. So, they are contemporary too.

As a teacher of English language, I noted that the ghostly tales such as written by Ruskin Bond, Rudyard Kipling, Charles Dickens or the supernatural elements in the plays by Shakespeare which were part of the school curriculum fascinated the students the most.

Since I too had a storehouse of paranormal encounters collected since my childhood I decided to document them. 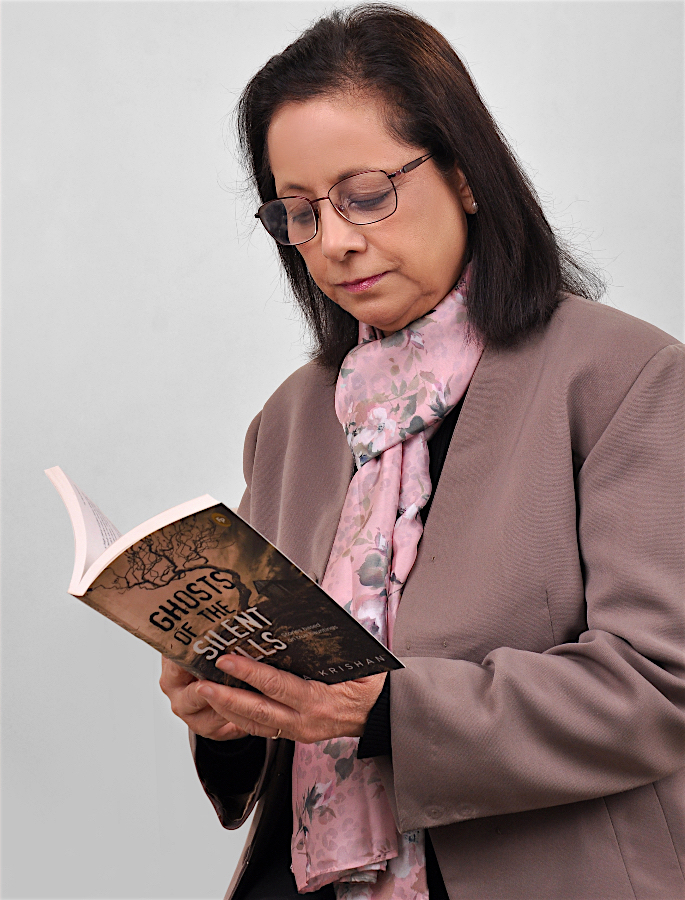 Can you explain your process behind writing your latest novel?

As my habitual writing process, my first draft comprised of just the simple facts. Taking the writer’s licence I added flourishes that the readers would love.

I imagined the emotions of fright, sensations and reactions of the person undergoing the experience by conceptually involving with each episode and each scene.

And of course, before submitting the final script, I had undertaken numerous revisions adding and subtracting each time till I could reach satisfaction.

What was it like working as the Senior Columnist at The Indian Economist and how has this helped your storytelling?

It gave me an opportunity to explore various issues.

From my travelogues to social, economic, ecological and political issues I wrote on umpteen topics at my free will.

You have explored various genres, which is your favourite and why?

My favourite and the one closest to my heart is still my autographical novel, ‘Fluffy and Me’ (2015).

I was once again transported into those lovely carefree childhood days spent with my loving family which flew away a little too soon.

As a South Asian writer, how has your culture helped you with your narratives?

“Absolutely! I write on things familiar to me, things I have observed, experienced and lived through.”

Only your native land can offer you the affiliation that arouses emotions in you and makes you pour your heart into writings.

Have you come across any reactions for ‘Ghost Of The Silent Hills’?

There are many readers who finished reading this 312 pages book in a day.

They couldn’t put it down they said. It did send chills down their spine.

Some stated that reading the book almost felt like watching a movie, others felt like they were direct participants in the spooky events.

Some remained spooked even days after having finished reading the book. 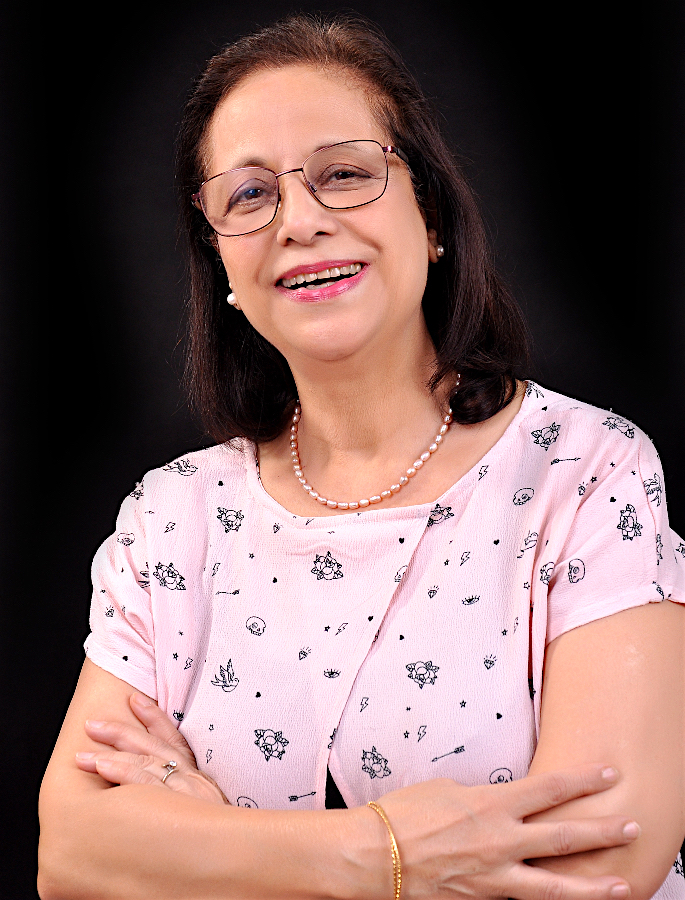 What inspired you to write ‘Ghost Of The Silent Hills’?

I felt the stories I had in my mind, the experiences that had never before been revealed outside the close acquaintance needed to be shared with the readers interested in the paranormal before they were forever lost into the oblivion.

What is your opinion of the realm of the unexplained/paranormal incidents?

Believing in something that has been your personal experience is different from when the events have been narrated to you.

“But I do believe in the truthfulness of the accounts others shared with me.”

Therefore, I do believe in the existence of things that are beyond our comprehension or scientific explanation.

How far do your novels differ to what is already out there on the market?

Well, the market has millions of books and to say someone else doesn’t think and write like you would be an overstatement.

All I know is that I write my own stories from my mind and heart in my own style.

Do you have any other novels in the pipeline?

The fortitude and endurance of us humans and the circumstances that shape us have always fascinated me.

The paradigm of the past influencing the present, yet the inevitable transformations that the changing societies bring about is to be the theme of my next project that I am working on.

Do you have an interest in other forms of literature and would you be willing to explore them further in the future?

‘Ghost Of The Silent Hills’ is my fourth published work. All my works pertain to different genres from the joys and travails of life to terrorism that has brought the world to its tenterhooks, glimpses of the human strengths and weaknesses to the paranormal.

History fascinates me too. Perhaps, I would like to explore it in my next venture.

Anita Krishan is certainly an inspiration to countless aspiring writers. Her amazing novel ‘Ghost Of The Silent Hills’ (2020) has received praise from critics and readers alike.

Ayesha is an English graduate with an aesthetic eye. Her fascination lies in sports, fashion and beauty. Also, she does not shy away from controversial subjects. Her motto is: “no two days are the same, that is what makes life worth living.”
Inspiring Author Saz Vora talks Culture, Caste & Depression
Irvine Iqbal talks Theatre, South Asian Talent & Inspiration