Deepika and Ranveer pose with Boxer Amir Khan in London

Bollywood stars Deepika Padukone and Ranveer Singh were in London. During their trip, they met and posed with boxer Amir Khan.

Deepika Padukone and Ranveer Singh took pictures with boxer Amir Khan in London and the photos have gone viral.

The Bollywood couple were in London filming Kabir Khan’s 83 when they bumped into the British boxer.

During the course of their trip, Deepika and Ranveer have not shared too many pictures. However, they encountered Amir Khan with his wife Faryal Makhdoom.

They quickly posed for pictures with the former unified light-welterweight world champion.

Unsurprisingly, Deepika looked stunning in a smart casual ensemble while her husband Ranveer sported a pair of oversized sunglasses.

Amir took to Instagram to share the pictures. In one, he poses with Deepika while in the other, Ranveer has his arm around the British boxer. 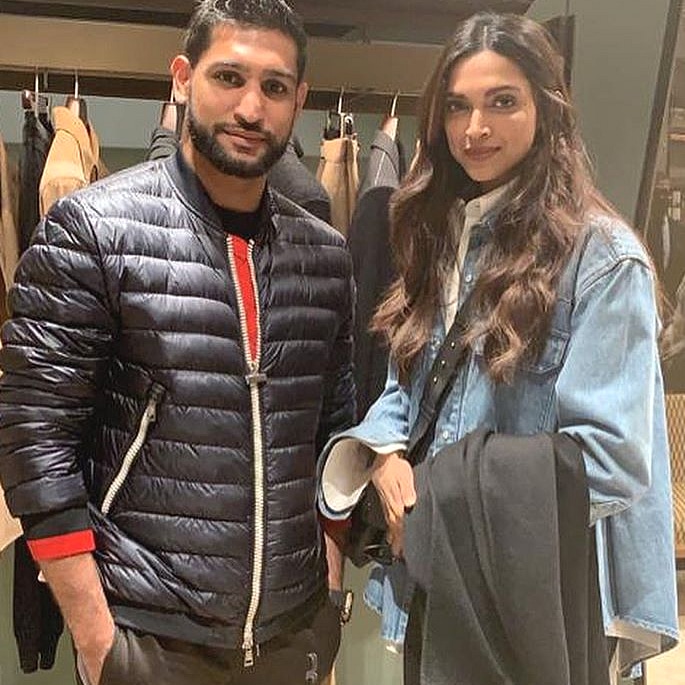 Shilpa Shetty’s husband Raj Kundra was one of the first to comment on Ranveer’s photo with Khan. He posted:

“My two brothers in one frame.”

Amir Khan had been in London with Faryal attending the 10th Annual Pakistan Achievement Awards.

Faryal was honoured with the International Pakistani Fashion Icon Award. The couple went for matching outfits.

On the work front, Deepika will appear alongside her husband in 83, a film based on India’s win at the 1983 Cricket World Cup when they defeated tournament favourites West Indies. 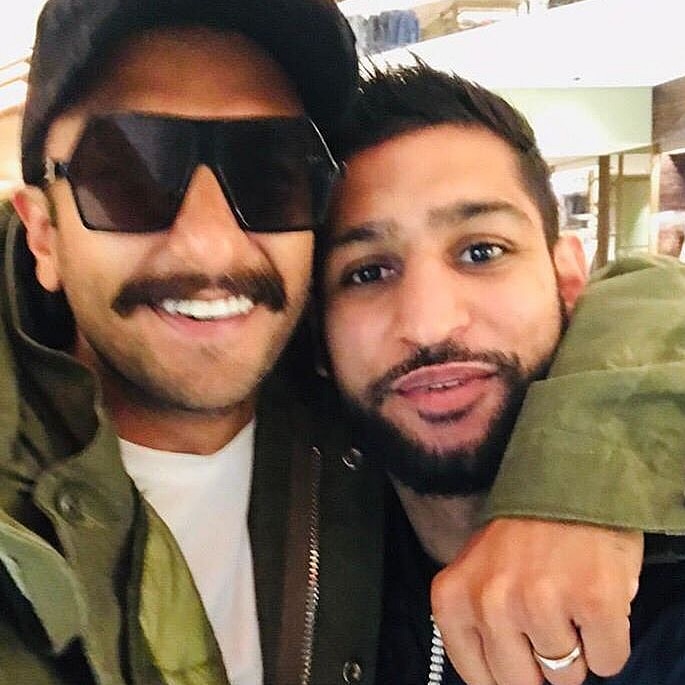 Deepika will play Romi Dev while Ranveer stars as Kapil Dev, who led India to victory.

On playing Romi, Deepika explained that not much is known about her but her family has known the Devs for years. She said:

“There isn’t a lot of material available on her.

“I have met her a few times, including our wedding reception, and I have interacted with her socially over the years.”

“I am also referring to whatever material the director’s team has sent across to me.

“My parents have known their family for many years. So, I feel I know her and hope that she is proud and happy with the film.

“I intend to connect and spend some time with her before I start filming to be able to understand her perspective better.”

Dhiren is a journalism graduate with a passion for gaming, watching films and sports. He also enjoys cooking from time to time. His motto is to “Live life one day at a time.”
Janhvi Kapoor to star in ‘Ghost Stories’ Netflix Series?
Meet the Panesars, the Brothers joining BBC’s EastEnders