Boxer Amir Khan stunned as His Phone Stolen by Fan

Boxer Amir Khan was left stunned after a fan stole his mobile phone. He shared the unfortunate incident on his Instagram stories.

"Really upsetting there's people like this in the world."

Amir Khan has revealed that one of his fans made off with his mobile phone. The incident left the boxer stunned.

He went to take a selfie with the fan but did not realise that he got more than he bargained for. As the photo was being taken, Amir’s phone was swiped off the table.

The former unified light-welterweight world champion explained what happened on his Instagram stories.

He also informed his followers of the dangers that celebrities can encounter.

Khan wrote: “A fan came to take a photo with me, as he was taking the photo he had the cheek to steal my phone off the table.

“Really upsetting there’s people like this in the world.” 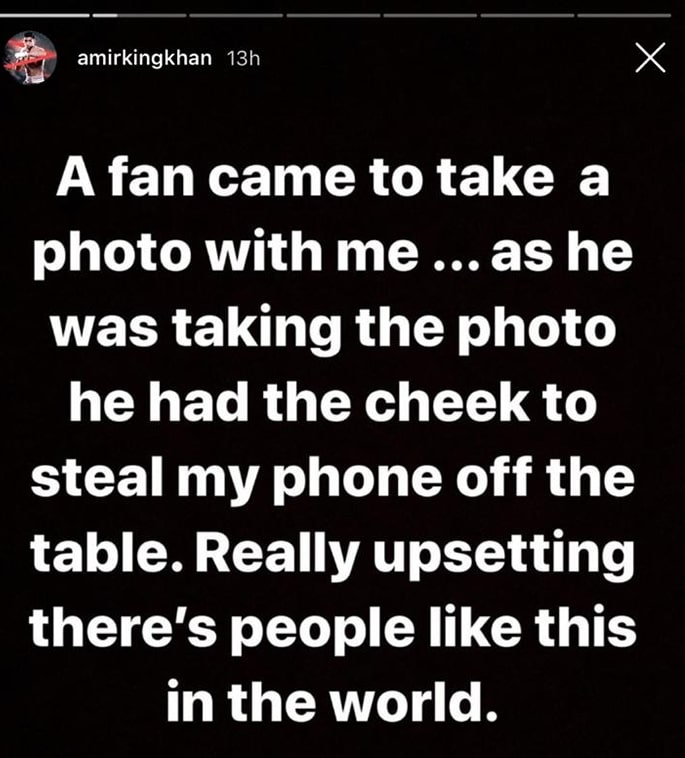 Amir felt angry by the whole incident but in April 2019 he lost to Terence Crawford, one of the top pound-for-pound fighters in the world.

Some called for the British boxer to retire but he is not hanging up his gloves anytime soon. However, the decision did not go well with his wife Faryal Makhdoom.

“She hates me fighting. She’s always said it, she hates me boxing and has never been a fan of me being in the ring.”

While the couple is going strong, in the past they briefly split. This was due to a public spat between Khan’s parents and Faryal’s family.

Faryal accused them of bullying while they called her “evil” and a bad mother.

Khan subsequently announced that he was ending his marriage in August 2017 in a tweet. It read:

The separation was called off after Faryal announced she was pregnant with her second child. 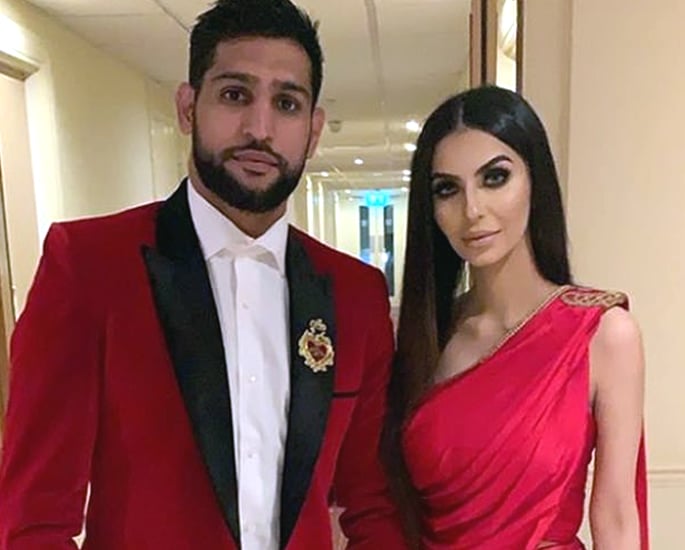 Since then, the couple has been going from strength to strength. Both attended the 10th Annual Pakistan Achievement Awards in London on August 18, 2019.

Faryal looked glamorous as she posed for pictures on the red carpet alongside her husband.

The model and entrepreneur was honoured with the International Pakistani Fashion Icon award. She wore a red lehenga finished with gold trim.

She had her hair in a sleek centre parting and her eyes were dramatically covered in makeup.

Amir Khan matched his wife by also going for a red ensemble. He sported a velvet suit with a classic white shirt.

Dhiren is a journalism graduate with a passion for gaming, watching films and sports. He also enjoys cooking from time to time. His motto is to “Live life one day at a time.”
Badminton World Championships 2019: Team India Prospects
Cricketer Hasan Ali and Shamia Arzoo get Married in Dubai