Evelyn Sharma confirmed the news of her engagement to boyfriend of one year, Tushaan Bhindi. The actress candidly shared details of the proposal.

"Tushaan is a romantic guy"

Model and Bollywood actress Evelyn Sharma delighted fans with the news of her engagement to Australia-based boyfriend, Tushaan Bhindi.

The picture-perfect proposal took place on October 2, 2019, on the renowned Harbour Bridge of Sydney.

Evelyn shared her excitement about the proposal. According to the Bombay Times, she said:

“It was a dream come true! Tushaan knows me so well … his proposal was perfect!”

She elaborated on the details of the proposal as Tushaan got down on one knee. To make it more special and personal a guitarist played their favourite songs in the background. 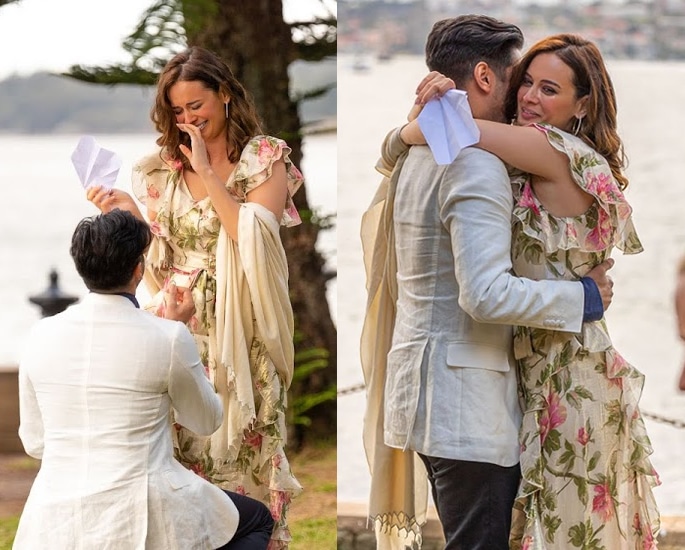 “It was an old-school style proposal, he knows me so well.”

When asked about how the two met, she explained:

“We met on a blind date last year, which was set up by our good friend. Tushaan is a romantic guy and he’s even more filmy than I am.”

Tushaan is a dental surgeon and entrepreneur. The pair instantly got on well because of their common philanthropic background.

Evelyn went on to mention the possibility of an upcoming marriage ceremony. She said:

“We will make a separate announcement for that once the date is set. For now, we would like to enjoy our time together.”

Alongside the marriage proposal, the question of the big move arises.

“I would love to shift base to Australia. Sydney is one of my favourite cities in the world, but we will always have one base in India too. It is our home after all.” 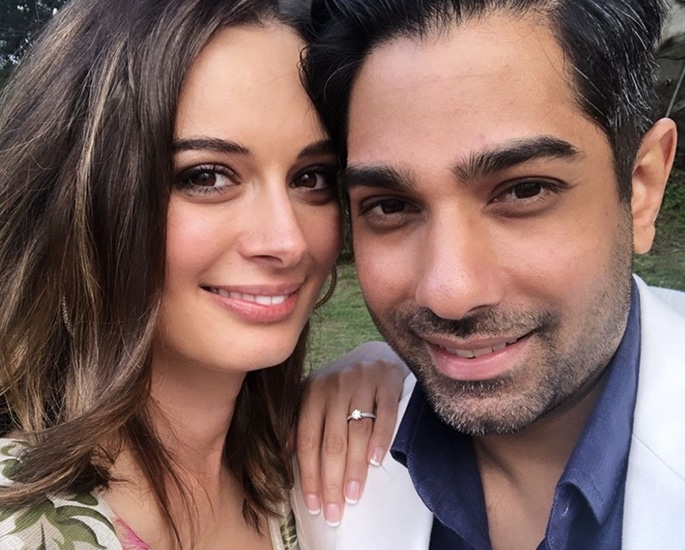 In particular, her performance in Yeh Jawaani Hai Dewani received praise from critics and audiences alike.

She was last seen in Saaho (2019) starring Shraddha Kapoor and Prabhas.

As a result of her growing popularity, Evelyn Sharma was stalked by a fan in early 2019. The incident occurred after she finished filming for Saaho in Hyderabad.

According to India Today upon returned to her hotel a fan was waiting outside her room.

This incident startled Evelyn as she found it scary to find someone waiting around for her arrival.

Despite this, she has made it clear she is happy to meet with fans but finds it overwhelming when incidences like that this occur.

Evelyn Sharma and Tushaan Bhindi are all set to embark on this new chapter in their lives together. We wish them nothing but happiness on this journey.

Ayesha is an English graduate with an aesthetic eye. Her fascination lies in sports, fashion and beauty. Also, she does not shy away from controversial subjects. Her motto is: “no two days are the same, that is what makes life worth living.”
Boney Kapoor and Daughter Janhvi to Work Together?
Rakhi Sawant’s Husband Ritesh says He definitely ‘Exists’