‘The Apprentice’ returns to our screens on October 2, 2019., with four British Asian candidates. We reveal more about the contestants.

The Apprentice is back once again on October 2, 2019. Sixteen new candidates will battle for Lord Alan Sugar’s £250,000 business investment.

Karen Brady and Claude Littner will return for the 15th series of the show. As trusted advisors of Lord Sugar, they will act as his eyes and ears throughout.

Over the coming weeks, the candidates will come to face numerous business tasks to impress Lord Sugar.

Airing every Wednesday at 9 pm, audiences of The Apprentice will be treated to an extra five minutes of viewing for the opening episode. Thus, pushing the time back for BBC News at 10.

The candidates range from different backgrounds, including athletes, finance managers, bakery owners and so on.

However, for 2019, four promising British Asian entrepreneurs are included in the line-up – Iasha, Shahin, Lubna and Dean.

All four hopefuls are set to impress in the boardroom. With the possibility of winning £250,000 and taking their business plan further, stakes are high.

Will they face Lord Sugar’s dreaded ‘You’re fired!’ line? Or will they have a more favourable experience than the 2018 contestants, Jasmine and Kurran? 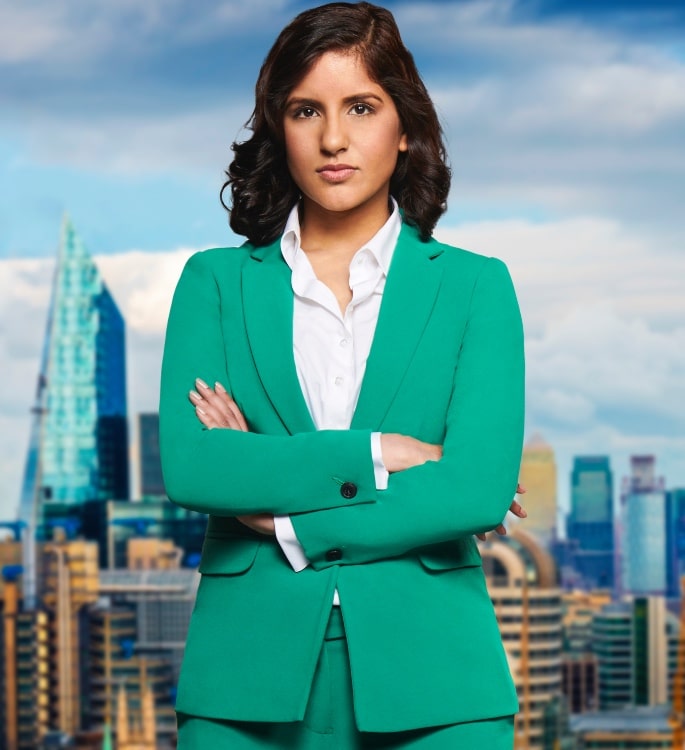 The 27-year-old Iasha Masood from Manchester is an Account Manager. She describes herself as having a “crazy, controversial, eccentric personality.” The Apprentice contestant is certainly confident.

Her acknowledgement of being “controversial” will surely stir up things in the boardroom. However, the poised candidate is certain her “natural persona” will enable her to win the show.

She goes one step further to state that she is “the star that shines the brightest.” This large claim suggests that Iasha is a candidate to keep your eyes on.

Furthermore, she reveals her strategy is to keep her “enemies” close. She explains:

“I can read people just by looking at their body language, they won’t realise it until it’s too late – and checkmate.”

Filled with determination and self-belief, she adds: “I’m one fierce businesswoman with both sass and class.”

Will Iasha’s can-do attitude see her through to becoming the next business partner of Lord Sugar? 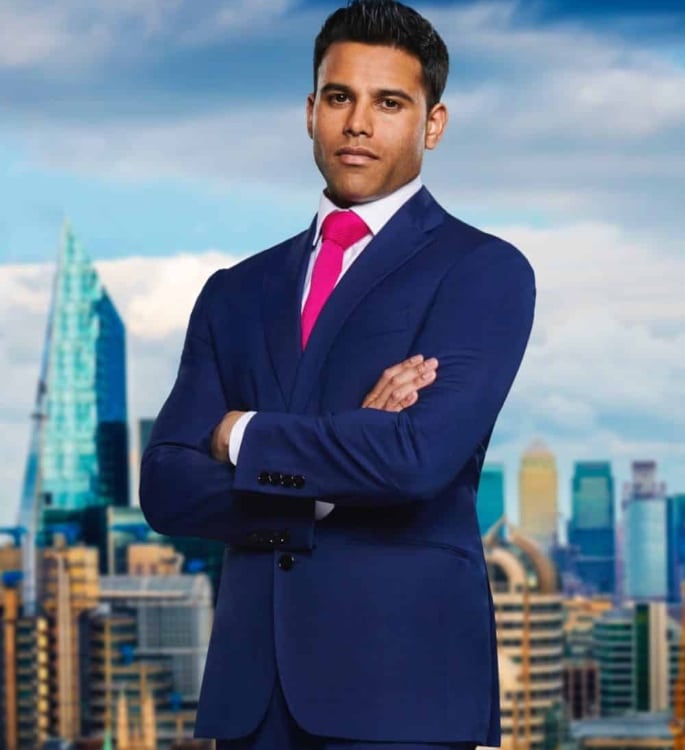 Next in line is 36-year-old Chartered Engineer, Shahin Hassan. The Birmingham-based candidate works in product development.

His website, explains he has a “passion for innovation and technology.” In this instance, Shahin looks up to technology entrepreneur Elon Musk. He credits his mental ability because “he thinks outside the box.”

Likewise, Shahin prides himself on his sense of imagination.

The impressive list of endeavours by Shahin highlights his business acumen. Moreover, this is emphasised as he explains:

“I’m ruthless in my pursuit of success.”

Shahin admits that he can get frustrated when people do not follow plans accordingly. Nevertheless, his driven attitude means he will be a contestant to look out for on The Apprentice. 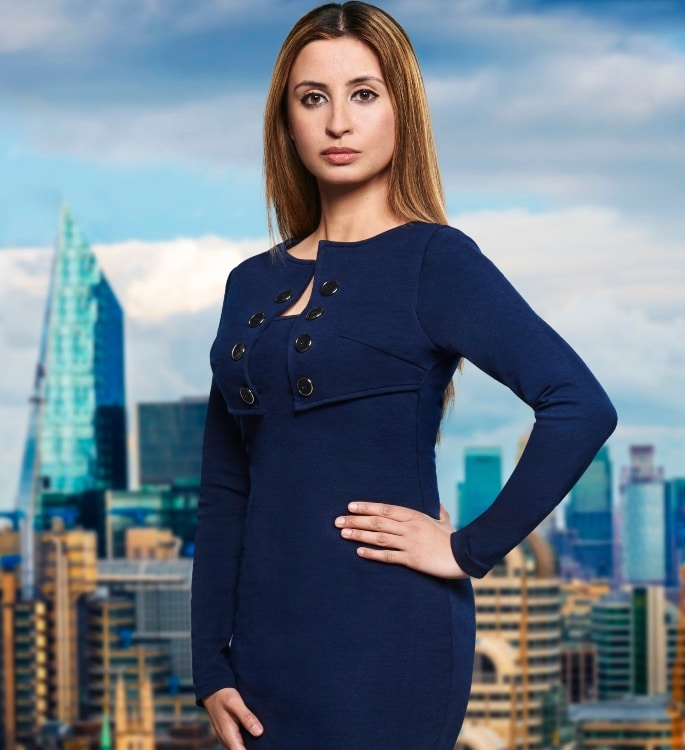 Up next is 33-year-old Finance Manager Lubna Farhan. Hailing from Luton, the mother-of-two has strived to achieve the position she is in.

“I came from a council estate … I have made myself into something good and I’m on my way to becoming something great.”

The lack of a good role model in her life led Lubna to become a role model herself. She realised the importance of education and the avenues it had to offer.

Therefore, after graduating with a first-class degree in Accounting, Lubna spent twelve years in finance working for big business brands; Costa and Tesco.

Furthermore, Lubna’s work ethic does not stop here. She is a business consultant for Business Decoded. This facility offers tailored services for businesses of all sizes.

Also, her determination and motivation have made her into a headstrong individual. Candidates will have to be weary of this fact.

Lubna believes she “has the whole package” from book smarts to street smarts.

Additionally, she refers to herself as “a dark horse” in the battle to become the business associate of Alan Sugar in The Apprentice. 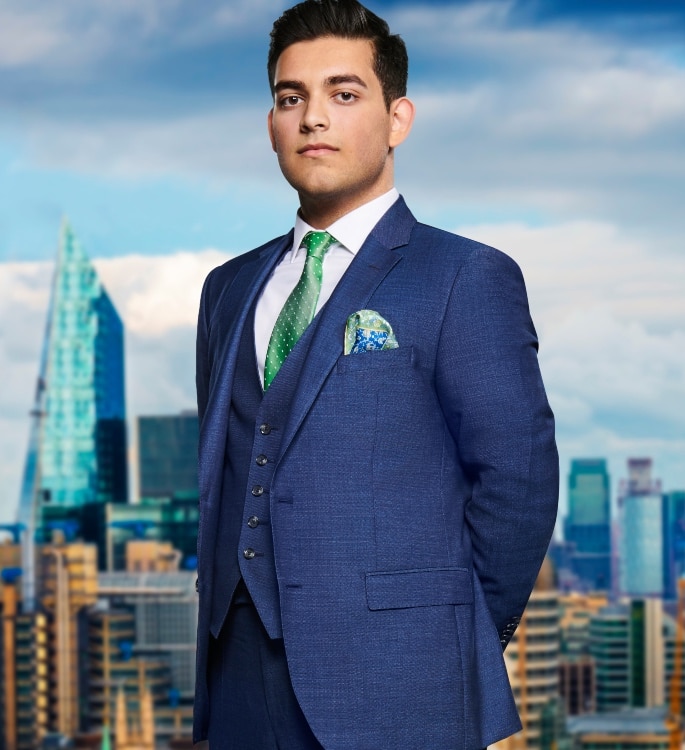 Dean Ahmad is the final British Asian contestant. He is owner of Fine Edge Cricket, a Sports Management Agency.

The 20-year-old hopeful from Essex is set to stamp his mark on The Apprentice.

He is also notably one of the youngest candidates and describes himself as the “definition of an entrepreneur.”

Beginning his endeavour aged fifteen, Dean believes he has all the necessary skills required to win.

According to his LinkedIn profile, he describes himself as:

“An established track record and substantial experience in the industry and is widely regarded as a respected and diligent operator in the market.”

He continues to state:

“He has led the creation of one of the biggest sports management agencies in the world having represented and co-represented the world’s top sporting figures.”

For example, he has represented Ravi Bopara, an England international cricket player. Furthermore, his estimated value is certainly impressive:

“To date, he has brokered over 2 million dollars’ worth of deals in the sporting industry.”

If Dean’s profound confidence was not evident enough, he believes his emotional intelligence and confidence is “off the charts.”

In addition, he fails to admit to any bad traits. Rather he continues to mention his good qualities:

“I’ve definitely got the gift of the gab, I can persuade anyone to do anything.”

The 15th series of The Apprentice is set to become a weekly indulgence once again.

With its varied line-up of confident candidates, the show will witness great challenges.

The opening episode will see contestants setting up tailored tours around the outskirts of Cape Town in South Africa. The range includes Safari tours to Vineyard excursions.

Ayesha is an English graduate with an aesthetic eye. Her fascination lies in sports, fashion and beauty. Also, she does not shy away from controversial subjects. Her motto is: “no two days are the same, that is what makes life worth living.”
7 Best Sanjay Leela Bhansali Movies To Watch
What have Bigg Boss Contestants Earned Over the Years?