The 2013 Asian Rich List saw a big surprise as billionaire business mogul, Lakshmi Mittal loses to the Hinduja brothers with a worth of £12.5 billion.

"The list shows the remarkable resilience and diversity of Asian businesses in the UK."

The Asian Rich List is published by the Asian Media & Marketing Group. It is a yearly guide to the top net-worth individuals of Asian businesses.

After holding the title for the past few years, Lakshmi Mittal was finally replaced by Gopichand and Srichand, otherwise known as the Hinduja brothers.

This year’s list was released exclusively at the Asian Business Awards in London. The event saw an impressive turnout of billionaires, politicians, business moguls and key influencers within the British Asian community. It is Britain’s leading Awards ceremony that celebrates the Asian community and their entrepreneurship wealth and success. 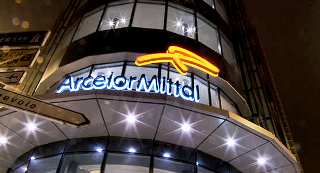 Steel magnate, Mittal, who kept the number one rank for several years, suffered a drop in wealth by £2.5 billion, taking him down to a net-worth of £11 billion. This was largely due to the fall in share value of ArcelorMittal.

With this decrease, Mittal was knocked off the top of the list by Gopichand and Srichand Hinduja. With their increase of £3 billion, the Hinduja brothers are now estimated to have a total net worth of £12.5 billion.

The Hinduja Group is a global conglomerate company headquartered in London. It was founded in 1914 and initially operated in Mumbai. They then moved to Iran, and in 1979, finally settled down in London to develop their father’s export business. As of now, this grand empire is run by the four brothers and their children and is spread virtually over five continents.

The 2013 Asian Rich List introduced eight new entries with a combined value of £767 million. The highest entry, with a metal mining empire, was Rajesh Satija who made his way into the top 20 with an approximate value of £390 million. 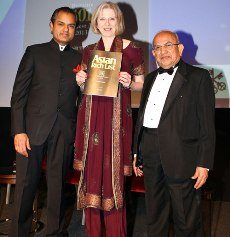 With the UK trying to overcome the recession, some good fortune came for the Arora family, Simon, Bobby and Robin. With the high demand for discount retail stores, their fortune increased by almost £800 million. In addition, the Lalani family of the 99p stores continues to travel progressively up the list.

3rd place on the Asian Rich List was awarded to Anil Agarwal, founder and executive chairman of UK based Vedanta Resources, which is a global diversified metals and mining company based in London. It is also the largest mining of non-ferrous metals company in India, with operations on going in Australia and Zambia.

5th place went to Ranjit and Baljinder Boparan, the founders and owners of 2 Sisters Food Group in the West Midlands. He is also known as the ‘Chicken King’ and has an estimated personal fortune of £190 million.

Many of these businessmen have a very generous nature. They have set up their own charitable foundations and trusts. Retail and property tycoon, and the man who brought Domino’s pizza to the UK, Rumi Verjee is a prime example.

His Rumi Foundation is continuously selecting and donating to key projects and charities like Mosaic to give disadvantaged youngsters in the UK greater opportunities. 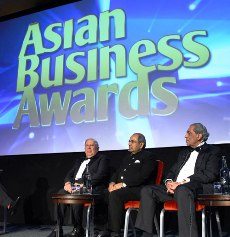 Sir Anwar Perwez, who has been a consistent entry in the Top 10, set up the Bestway Foundation. 2.5% of profits from the Bestway Cash & Carry business are donated to support projects in the UK and Pakistan.

Shailesh Solanki, executive editor of AMG and one of a panel of experts who examined British Asian wealth, said: “The list shows the remarkable resilience and diversity of Asian businesses in the UK.”

“Despite the challenges of the general economy many business leaders in the community have seen opportunity and potential and moved quickly to capitalise. It is an inspiring picture and one that should energise entrepreneurs everywhere.”

Mr Solanki said the Hinduja’s rise has been a gradual rise but was a clear example of the scale and the impressive breadth of their business interests:

“The Hinduja family have been in business for over three generations and they are one of the largest and most diversified Indian family businesses. They are a truly global business and are always looking at opportunities,” he said.

“They have made London their home and are deeply attached to this country and that is borne out by their first active investment in a UK business with the purchase of bus company Optare in 2011,” he added.

This year’s top wealthiest Asians are:

The Asian Rich List 2013 was judged and awarded by:

The combined value of the 101 wealthiest Asians in 2013 totals to a grand £46bn, and the Hinduja brothers have come out on top in 1st place – a well deserved award.

Meera grew up surrounded with desi culture, music, and Bollywood. She’s a classical dancer and mehndi artist who loves everything connected with the Indian film and television industry and the British Asian scene. Her life motto is “do what makes you happy."
Cameron announces changes to Immigration
Popular Asian Cities in the UK