The Asian Business Awards was a glitzy affair with personalities from politics, business and entertainment. It also revealed the Asian Rich List 2016.

The sixth edition of the Asian Business Awards (ABA) took place on March 18, 2016 in the glitzy heart of London.

Now in their 19th year, the ABAs have proved their worth as one of the leading award ceremonies celebrating the incredible contributions of Asians in the area of business.

The ceremony, which was attended by the crème de la crème of the business and finance world, introduced guests to London Mayoral candidates Sadiq Khan MP and Zac Goldsmith MP.

Both spoke to compere for the evening Nihal Arthanayake about the success and entrepreneurial spirit of the British Asian business community, and how they would promote ethnic business further in their role as London Mayor.

Zac Goldsmith MP, of the Conservatives, said: “I want to pay tribute to the huge contribution Asian businesses and entrepreneurs have made to our country’s economic success.

“As Mayor, I would stand-up for businesses and continue to work with the government to build on that success and power London forward.”

In response, Labour’s Sadiq Khan, said: “Asian businesses make a hugely important contribution to our city. From small businesses to the City, the innovation, skill and resilience of the Asian business community is part of what makes London great. I’m delighted to be attending the awards tonight.” 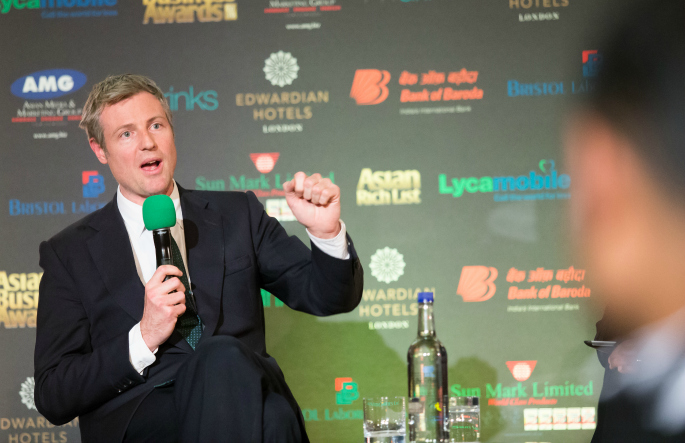 It was unveiled by the newly appointed Indian High Commissioner, H.E Mr Navtej Sarna. The List ranks the wealthiest Asians in Britain over the last 12 months.

For a fourth consecutive year, the top spot was taken by the Hinduja brothers (GP Hinduja and SP Hinduja).

Incredibly, in the last 12 months alone, the brothers have added £1 billion to their personal fortune, taking their total net worth to an estimated £16.5 billion.

“If you consider one to be wealthy or rich only because of his money, you are totally wrong. I consider someone to be wealthy and rich if he has good friends, good contacts, good relationships. If you want to calculate my wealth by counting my money then you are wrong.”

“My father always told his children, ‘Act local but think global’ and be diversified in your businesses. Don’t be in one sector, be in different sectors, and also be spread geographically. don’t be in just one country so that you are always balanced. If one sector is not doing well, the other will.

“My message is very clear. Be diversified; be in different countries and you will never have shocks. I have not seen any adverse impact on our businesses because we are spread across 38 countries and reach a hundred countries.”

In second position on the Asian Rich List was steel tycoon, Lakshmi N. Mittal, whose net worth is estimated to be at £6.4 billion. The steel tycoon has taken a considerable hit in the last 12 month however, with a loss of £3.3 billion.

The full Rich List which highlights 101 Asians with a net worth above £65 million, sees the overall worth of Asian business in Britain at £55.5 billion. 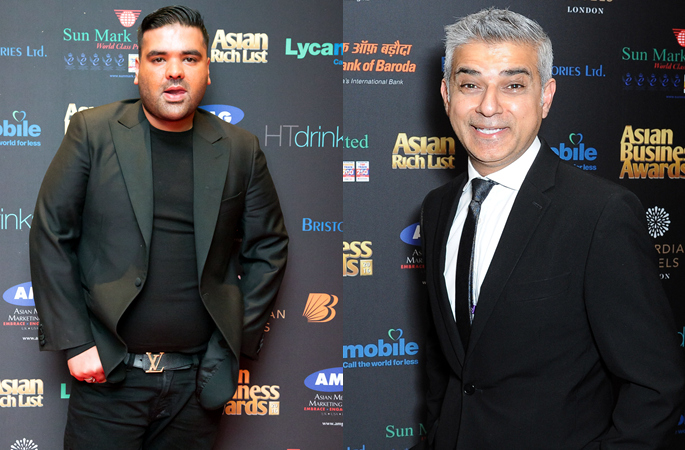 “Despite another challenging year, the majority of businesses on the list continue to innovate and grow and have seen increases in their overall wealth. These dynamic entrepreneurs, many of whom came here with nothing but the clothes on their back, have built multi-million pound businesses and are an inspiration to us all.”

The List sees a new wave of entrepreneurs who have successfully established leading businesses.

Of them, include Cyrus and Priya Vandrevala of Intrepid Capital Partners (ICP), who are responsible for Mumbai’s expanding real estate market. They entered the list at number 5, with a worth of £2 billion.

Missguided founder, Nitin Passi is also a new entry at number 96, with a worth of £65 million, signalling the growing profit of online retail – a relatively new market for Asians to tap into.

Kalpesh Solanki, Group Managing Editor of AMG said: “The enterprising spirit and the crucial role of entrepreneurs is vital not only to the economy but to society as a whole as it serves to inspire the next generation of businessmen and women.

“It is this attitude that will drive the economy forward, fundamentally creating jobs and giving families value and sense of purpose. The winners of the Asian Business Awards 2016 are just a handful of these amazingly dedicated, innovative and committed individuals.”

Here are the winners of the Asian Business Awards 2016:

It seems that despite the economic challenges of 2015, the Asian business community continues to boom each year.

From what was a combined worth of £40 billion in 2010s Rich List, to now £55.5 billion, the significance of Asian entrepreneurship is simply staggering.

Aisha is an editor and a creative writer. Her passions include music, theatre, art and reading. Her motto is “Life is too short, so eat dessert first!”
A Charming Indian Wedding by Steven Young
How will the Sugar Tax impact British Asians?