In India, YouTube has blocked a music video from singer Kanwar Grewal as it reportedly supports the ongoing Farmers’ Protest.

"We comply with valid legal requests from authorities"

After a legal complaint made by the central government, YouTube blocked a music video by famous Punjabi singer Kanwar Grewal titled ‘Ailaan’, on Saturday, February 6, 2021.

The song is related to the farmer protests and it went viral with millions of views.

Google-owned YouTube pulled down the video and placed a notification for Indian netizens which read:

“This content is not available on this country domain due to a legal complaint from the government”.

To explain the block, YouTube’s spokesperson released a statement, saying:

“We comply with valid legal requests from authorities wherever possible, consistent with our longstanding policy and act quickly to remove identified content”.

The music video is still accessible on various other channels on YouTube. It is also available in other countries like the UK.

Kanwar Grewal not only produced a song about the protest, but he has also been actively involved in it, emerging as a leader.

However, this is not the first music video to be blocked by YouTube.

Artist Himmat Sandhu’s music video titled ‘Asi Vaddange’ got millions of views and was blocked by the platform following another complaint made by the BJP-led Government.

It was later re-uploaded by those supporting the farmers.

The song was released in September 2020 to support the farmers, becoming an anthem.

It is still often played by the youth on tractors marching towards Delhi.

‘Asi Vaddange’ talks about the government’s insensitivity towards farmers and warns it to avoid entering the fields, or it would be butchered.

The Indian Ministry of Electronics and IT already urged Twitter to block 1,178 accounts believed to be linked to Khalistan supporters and others backed by Pakistan.

Not only, but the Ministry even asked Twitter to block approximately 257 accounts which used the #ModiPlanningFarmerGenocide hashtag, under Section 69A of the IT Act.

On February 5, 2021, the United Nations’ Human Rights Office urged the Indian authorities to protect the farmers’ rights to protest peacefully and safeguard their freedom of expression both online and offline.

Nonetheless, violence in India seems to be unstoppable at the moment, and farmers will not desist until their demands are met.

Since the beginning of the protest, several Punjabi singers showed their support through their songs.

Songs like ‘Kisan Anthem’, ‘Punjab’ by Sidhu Moosewala and ‘Zaalam Sarkaran’ by Gippy Grewal have helped the protesters to keep the spirits high, without giving up.

Watch the Music Video for ‘Ailaan’ 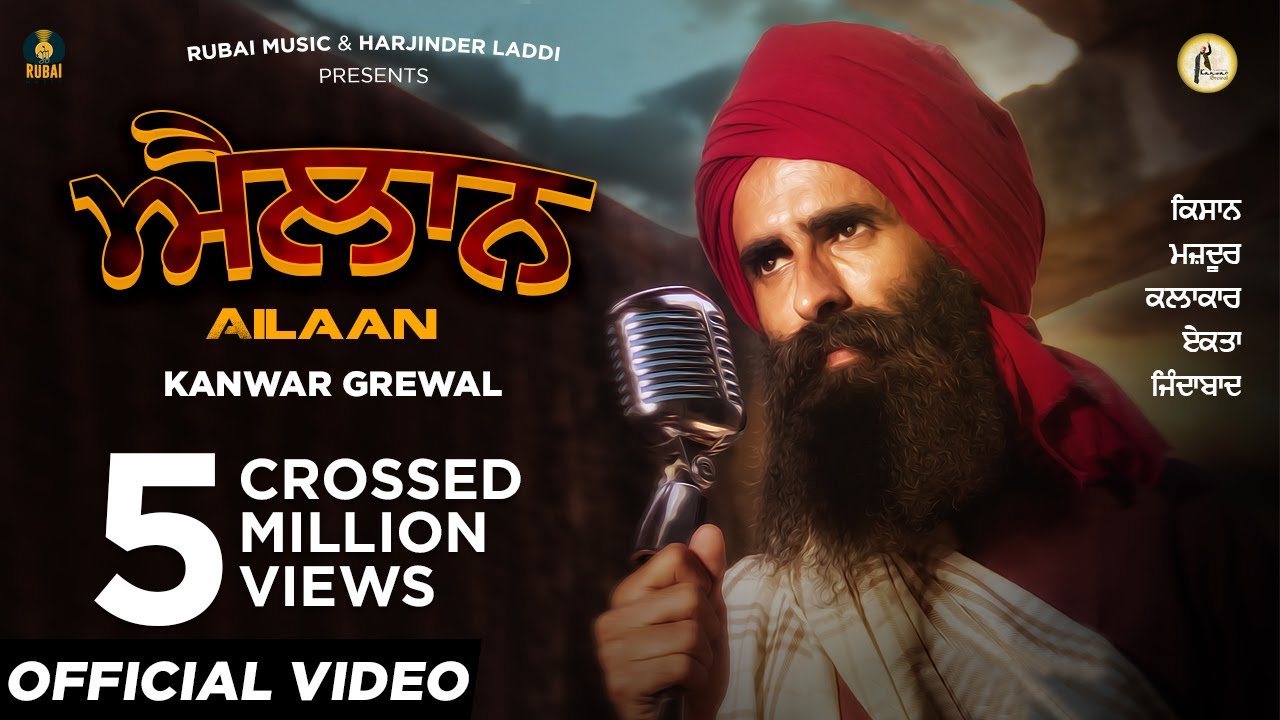