Prime Minister Boris Johnson has announced a new “tougher” tier system for England for after the nationwide lockdown.

"as we come out our tiers need to be made tougher."

Boris Johnson has unveiled a “tougher” tier system to replace England’s lockdown when it ends on December 2, 2020.

The Prime Minister told MPs in the House of Commons that non-essential shops and gyms can open in all three tiers.

Outdoor sports will also be able to restart as well as hairdressers, however, pubs and restaurants will face the brunt of the new measures, with hospitality venues in the new Tier 3 only allowed to offer takeaways.

He explained that people must get through winter without the virus getting out of control and “squandering hard-won gains”.

Mr Johnson said: “So we’re not going to replace national measures with a free for all, the status quo anti-Covid, we’re going to go back instead to a regional tiered approach – applying the toughest measures where Covid is most prevalent.

“And while the previous local tiers did cut the ‘R’ number, they were not quite enough to reduce it below one.

“So the scientific advice, I’m afraid, is that as we come out our tiers need to be made tougher.”

Mr Johnson did provide some hope as he said that the “scientific cavalry is in sight”.

This comes as the Covid-19 vaccine being developed by Oxford University and AstraZeneca has been found to be up to 90% effective in trials.

When the nationwide lockdown ends, people will be able to leave home for any purpose and meet others outside but must abide by the rule of six.

Outlining the tiers, Mr Johnson said: “In particular, in Tier 1 people should work from home wherever possible.

“In Tier 2, alcohol may only be served in hospitality settings as part of a substantial meal.

“In Tier 3, indoor entertainment, hotels and other accommodation will have to close, along with all forms of hospitality except for delivery and takeaways.”

Pubs and restaurants will also see a curfew again, however, it has been extended to 11 pm, with last orders at 10 pm.

Tier 3 areas will also see a “six-week surge of testing”, according to the PM.

While the plan has “many unknowns”, it should be able to offer those who test negative more freedom. 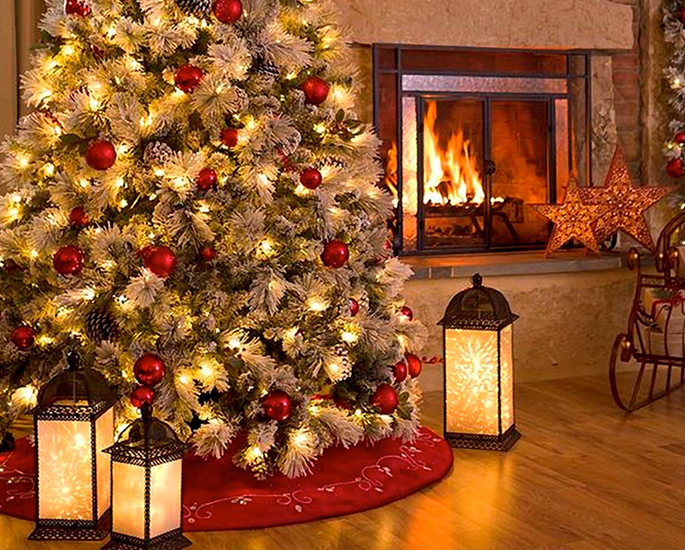 Although the new tier system is expected to be in place until March 2021, Boris Johnson said that the Government is working on a temporary relaxation of the rules over Christmas.

This is to allow families more of an opportunity to celebrate the festive period.

Mr Johnson told the Commons: “I can’t say that Christmas will be normal this year, but in a period of adversity time spent with loved ones is even more precious for people of all faiths and none.

“We all want some kind of Christmas, we need it, we certainly feel we deserve it.”

“But what we don’t want is to throw caution to the winds and allow the virus to flare up again, forcing us all back into lockdown in January.

“So to allow families to come together, while minimising the risk, we’re working with the devolved administrations on a special time-limited Christmas dispensation, embracing the whole of the United Kingdom.”

People will also be allowed to travel both within England and abroad, subject to quarantine rules and tier restrictions.

But he warned that people must exercise “careful judgement” about visiting elderly relatives.

Previously, university students were advised to stay at university over the Christmas holiday but now Mr Johnson has said that mass testing will be conducted.

Students will be urged to take two tests, three days apart to reduce the risk of spreading infection when they return home for Christmas.

Those who test negative are expected to leave university within the following 24 hours.

The PM confirmed that indoor and outdoor sports venues in Tiers 1 and 2 will be able to have a “limited number” of spectators post-lockdown.

Following the news that a vaccine by Oxford University and AstraZeneca was found to be 90% effective, Boris Johnson said that vaccines are getting closer to “liberating us from the virus”.

He said that there are more than enough vaccine doses for everyone in the UK, crown dependencies and overseas territories.

Mr Johnson added that the NHS is getting ready for a nationwide vaccination programme “the like of which we have never witnessed before”.

“But we have turned a corner and the escape route is in sight.

“We must hold out against the virus until testing and vaccines come to our rescue and reduce the need for restrictions.”

“And everyone can help speed up the arrival of that moment by continuing to follow the rules getting tested and self-isolating when instructed, remembering ‘hands, face, space’ and pulling together for one final push to the spring when we have every reason to hope and believe the achievements of our scientists will finally lift the shadow of this virus.”

He is expected to announce which areas will fall into which tier on November 26, 2020.

Boris Johnson said he is “sorry to say” more areas will fall into higher levels of restrictions than they were in previously, at least temporarily.

However, by abiding by the tougher tier restrictions and the use of rapid turnaround tests, areas should also be able to move down the scale.

The PM also says he would be strengthening enforcement for local authorities, including specially trained officers and new powers to close down premises that pose a risk.

Dhiren is a journalism graduate with a passion for gaming, watching films and sports. He also enjoys cooking from time to time. His motto is to “Live life one day at a time.”
Faryal Makhdoom pokes Fun at Amir with ‘4th Baby’ remark
Woman found Living with Skeletal Remains of her Mother