Boris Johnson and the Conservatives may have won the election, but there are concerns that his win has increased racism fears and safety concerns.

"The battle to root out racism must now intensify."

Racism is rife in the UK and more people from ethnic minorities are fearing for their “personal safety” following Boris Johnson’s election win.

This has resulted in some British Muslims intending to leave the UK.

This comes as racist taunts significantly increased in the wake of Johnson’s victory and far-right activists linked with his party urged some minority groups to leave the UK or face consequences.

Racism towards Pakistani-origin people is one of the biggest topics that has become a concern for the Tories, especially since there are many MPs within the party that originate from there.

Between 2018 and 2019, the number of Islamophobic hate crimes increased by almost three times (3,530), accounting for almost half of all hate crimes against ethnic groups in the UK altogether.

The issue also seems to be prevalent within the party, which is even more concerning.

Although the party said that they would take swift action on any form of discrimination, racist posts being shared by Tory party members gives the impression that they endorse racism.

It becomes a bigger worry for them when these issues are reflected by their supporters.

This is evident in how Conservative voters perceive Muslims.

Around 33 % admitted to negatively viewing them, 55% said there should be a reduction in the number of Muslims entering Britain and 62% agreed with the statement that they threaten the British way of life.

As a result, the issue of racism has left people scared and wanting to leave the UK. Among those is Manzoor Ali who fears for his children’s future.

He said: “I’m scared for my personal safety, I worry about my children’s future.”

Mr Ali went on to say that his family have given him their blessing to move to a place that would be safe and secure for them.

This comes as Baroness Sayeeda Warsi, a former Tory co-chair and cabinet minister, said the party “must start healing its relationship with British Muslims.”

In a tweet, she wrote: “Endorsements from Tommy Robinson & Katie Hopkins & colleagues retweeting both is deeply disturbing.

“Independent Inquiry into Islamophobia is a must first step. The battle to root out racism must now intensify.” 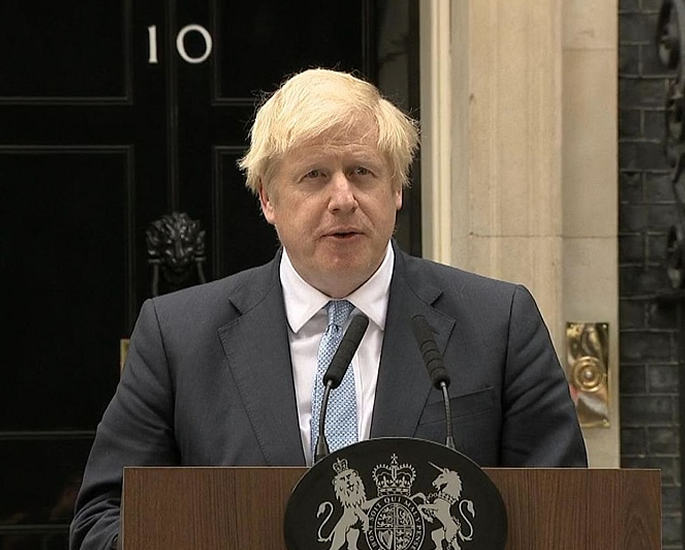 The Conservatives have been accused of “bigotry” but the Muslim Council of Britain secretary-general Harun Khan believes that the concern will result in Islamophobia being ‘oven-ready’ for the government.

He said: “We understand that the prime minister insists that he is a one-nation Tory.

“We earnestly hope that is the case and urge him to lead from the centre and engage with all communities.”

Cases of racism have not just been dished out to Pakistani-origin people as various other ethnic minorities have been subjected to racial abuse.

Since Boris Johnson won a majority I’ve had 5 different families discuss their UK exit plan with me in case racism gets worse. Frightening that this is where we are.

I’m now getting messages saying I should shut up about politics because I’m not British, 2 days after Johnson was elected. I was already getting racist abuse but it’s telling that they seem emboldened now. We have to stand together.

Others shared the racist abuse they encounter or suffered themselves.

Since the election result, friends have told me about racism they’ve faced. Yesterday friends 16 year old daughter was called a “Arab N***** by white man walking past. She asked her mum if it was linked to the election. Today, I helped friend report racist neighbour to police. https://t.co/qun9xS4O4L

Many have said they should come together to combat the issue.  However, journalist Mehdi Hassan said that the conclusion of the election marked a “dark” chapter for ethnic minorities.

Others gave their perspective on Boris Johnson’s win and the fear of racism.

Student Shaneel said: “Even though it is 2019 and a lot of things in society have changed, it feels like it is going backwards when talking about racism.

“Seeing stories of racism in the [Tory] government, it is no surprise that it is increasing.”

Electrical Engineer Roy explained: “While I have not been racially abused in the street, I see incidents of it in the newspaper, almost daily.

“You fear that it might happen to you one day.”

Prime Minister Boris Johnson has been accused of “Islamaphobia and racism” following several controversial comments he made in the past.

This included a remark in 2005 where he claimed that Islamophobia was only “natural” for the public.

One of the most high-profile incidents was when he wrote a column in the Daily Telegraph in 2018, comparing burqa-wearing women to “letterboxes and bank robbers.”

It was a comment, which did not sit well and in Parliament, Labour MP for Slough Tanmanjeet Singh Dhesi condemned the PM’s remarks. 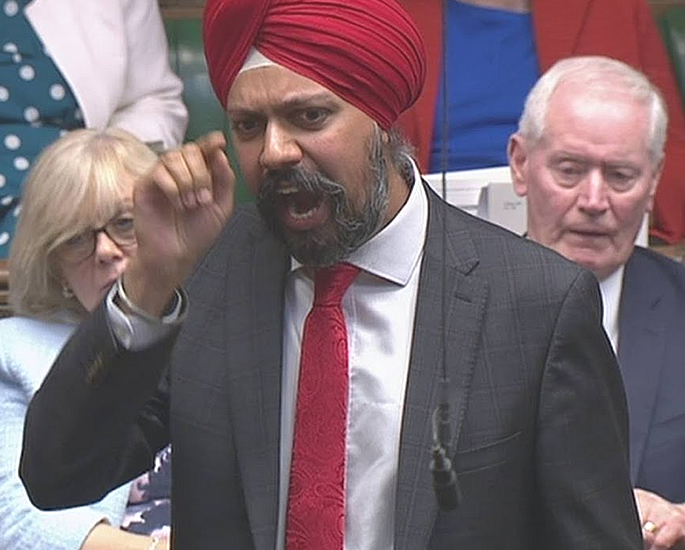 Like other ethnic minorities fear, Mr Dhesi stated that the comments have resulted in a spike in hate crime.

He demanded that Mr Johnson apologise and then drew on his own past experiences of racial abuse.

He responded by saying he was “mounting a strong liberal defence of the right of women in this country to wear what they choose.”

Even before Mr Johnson became Prime Minister, he had an effect on the number of hate crimes.

Following his newspaper column, Islamaphobia-related incidents increased by 375%, according to a report.

According to the report, 42% of offline Islamophobia incidents reported directly referenced Mr Johnson or his comments.

The accusations of racism towards Mr Johnson have never been admitted but they have also never been denied.

During a BBC debate, Mr Johnson was asked: “What would you do to get the hate out of politics?”

Referrals to Islamaphobia and prejudice within the party were made but he never gave an answer, which indicated that he was deflecting the accusations.

However, on December 13, 2019, during his victory speech, he said that his new government would be working as one for everyone in the country.

After the accusations of racism and the concerns that people feel, the Conservatives have launched an independent review into its handling of complaints of discrimination and prejudice.

Professor Swaran Singh has been appointed to lead the review.

He will look at how the party can improve procedures and ensure “any instances are isolated and that there are robust processes in place to stamp them out.”

This comes after Mr Johnson apologised for “all the hurt and offence” that had been caused within the party.

When announcing the appointment of Professor Singh, party chairman James Cleverly said they were committed to stamping out “unacceptable abuse.” He added:

“The Conservative Party has always worked to act swiftly when allegations have been put to us and there are a wide range of sanctions to challenge and change behaviour.

“The Conservative Party will never stand by when it comes to prejudice and discrimination of any kind and it is right to hold an independent review, so we can stamp out unacceptable abuse that is not fit for public life.”

While it appears that measures are in place to combat the issue, the previous instances of racism within the Conservative Party is being mirrored on the streets and it has left ethnic minorities in fear.

Some are scared of being racially abused while others plan to leave the country altogether.

Racism significantly increased before Boris Johnson’s election as Prime Minister. In the aftermath of the UK General Election, those fears may only increase.

Dhiren is a journalism graduate with a passion for gaming, watching films and sports. He also enjoys cooking from time to time. His motto is to “Live life one day at a time.”
Indian Woman commits Suicide after Lover got Engaged
Glamourous Woman jailed for Sawn-Off Shotgun Possession