Mr Dhesi was referring to the PM’s Daily Telegraph column in 2018 in which he said it was ridiculous that women should go around resembling letterboxes and bank robbers.

The passionate condemnation was met with applause in the House of Commons and it forced the Prime Minister to respond.

Tanmanjeet Singh Dhesi, the MP for Slough had explained that the comments had caused “hurt” to vulnerable women and resulted in a spike in hate crime.

Mr Dhesi explained that he was used to being subjected to insults such as “towelhead” based on his clothing similar to the “divisive” language used by Mr Johnson.

He was applauded by fellow Labour MPs as he demanded:

“When will the Prime Minister finally apologise for his derogatory and racist remarks which have led to a spike in hate crime?” 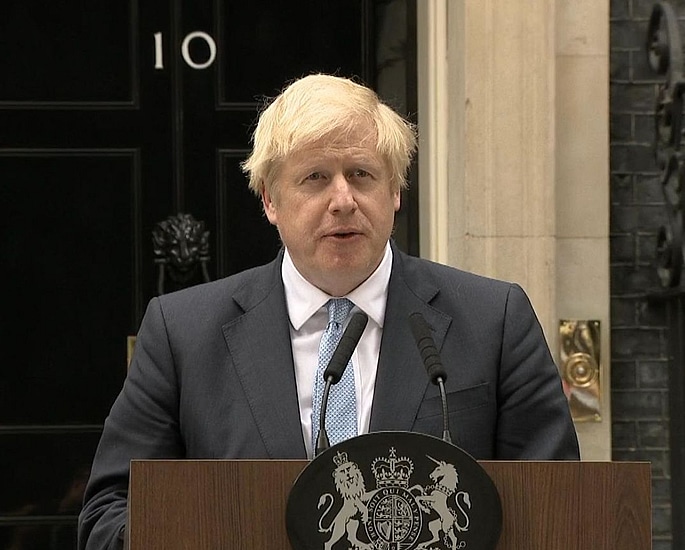 “For those of us who from a young age have had to endure and put up with being called names such as towelhead or Taliban or coming from Bongo-Bongo Land, we can appreciate the hurt and pain felt by already vulnerable Muslim women when they are described as looking like bank robbers and letterboxes.”

Mr Dhesi recalled that the Prime Minister had approved Sajid Javid’s call for an independent investigation into Conservative Islamaphobia during a televised leadership debate.

He then stated: “When will the Prime Minister finally order an inquiry into Islamaphobia in the Conservative party, something which he and his chancellor promised on national television?”

Amid the shouting, Mr Johnson replied:

“If he took the trouble to read the article in question he would see that it was a strong liberal defence, as he began his question by saying, of everybody’s right to wear whatever they want in this country.

“And I speak as somebody who is not only proud to have Muslim ancestors but to be related to Sikhs such as himself.”

“And I’m also proud to say that under this government we have the most diverse cabinet in the history of this country and we truly reflect modern Britain.”

If you have ever experienced racism or discrimination, you can appreciate full well the hurt and pain felt by Muslim women, who were singled out by this divisive Prime Minister. It’s high time he apologised for his derogatory and racist remarks! 2/2 pic.twitter.com/R3goWBTh1s

“What we have to hear from anywhere in the Labour Party is any hint of apology for the virus of antisemitism that is now rampant in their ranks.

“An apology is what is required, rather than some kind of justification that there is ever any acceptable excuse for the remarks he made in that column.”

He said: “He [Mr Johnson] should have just apologised and said we’re going to be holding that promised enquiry, something which and the chancellor promised on live TV.

“And yet no such thing.”

A report found that Islamaphobia-related incidents increased by 375% shortly after Mr Johnson’s comments.

According to the report, 42% of offline Islamaphobia incidents reported directly referenced Mr Johnson or his comments.

Dhiren is a journalism graduate with a passion for gaming, watching films and sports. He also enjoys cooking from time to time. His motto is to “Live life one day at a time.”
Indian Woman stops Thief on Motorbike Stealing her Chain
Wife of Murderer told killed Lover’s Wife not to Give Evidence