MP Tan Dhesi lashes out at PM over Covid Report

"It is utterly hypocritical for those individuals"

Sue Gray’s report looked into the Downing Street parties during lockdown in 2020.

The investigation found evidence of “excessive consumption of alcohol” and that staff “felt unable to raise concerns” about breaches in Number 10.

It also found that of the 16 gatherings identified, 12 were being probed by the police and Boris Johnson attended at least three of them.

Sue Gray’s report confirmed that the most notorious allegations were being looked at by the Met, including a gathering on Boris Johnson’s birthday, a party on the eve of Prince Philip’s funeral, a boozy do in the Downing Street garden the PM admits he attended and an alleged party in his flat.

A 37-page report has now been published, with details including vomiting, partying until 4 am and a lack of respect towards security and cleaning staff.

In Parliament, the PM is feeling the heat as he takes “full responsibility” for the culture of rulebreaking in Downing Street.

Labour MP Tan Dhesi was particularly angry with the PM, lashing out at him for breaking rules while everyone else were abiding by the restrictions. 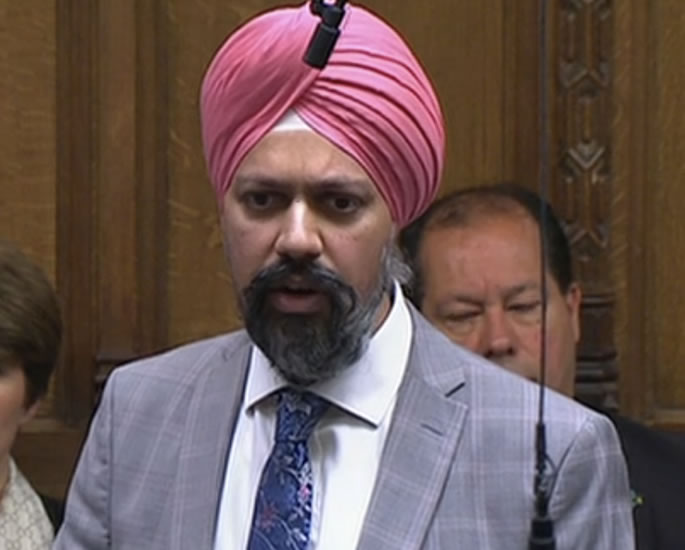 Speaking to Mr Johnson, Mr Dhesi stated that he feels as though he has let down all those who supported him during the tough period in which several family members passed away.

He asks: “Why wasn’t I by the bedside of my lovely grandmother during her final few days. Why did I let her die alone in that hospital?

“Why did I not attend the funeral of my uncle?

“Because of worries about government restrictions on numbers.

“And why did I not go to comfort my brother-in-law’s father as he was dying in a Slough care home?”

Mr Dhesi became emotional as he mentioned the Queen, something that is prohibited within Parliament:

“It is utterly hypocritical for those individuals who were preaching to us about patriotism, the flag and the Queen.

“For those very people to have late-night parties, including two the night before the Queen had to sit all alone during her husband’s funeral when the country was in a state of national mourning.

Mr Dhesi went on to state that the Prime Minister is not going to do “the right thing”, implying resignation.

As he is about to question the reason why Mr Johnson is still Prime Minister, Mr Dhesi is interrupted by the Speaker Sir Lindsay Hoyle.

Mr Johnson replies to Mr Dhesi, claiming that he takes “full responsibility” and that “changes” are being made.

Labour MP Afzal Khan also discussed the Sue Gray report, revealing that his mother, father-in-law and mother-in-law passed away due to Covid-19. 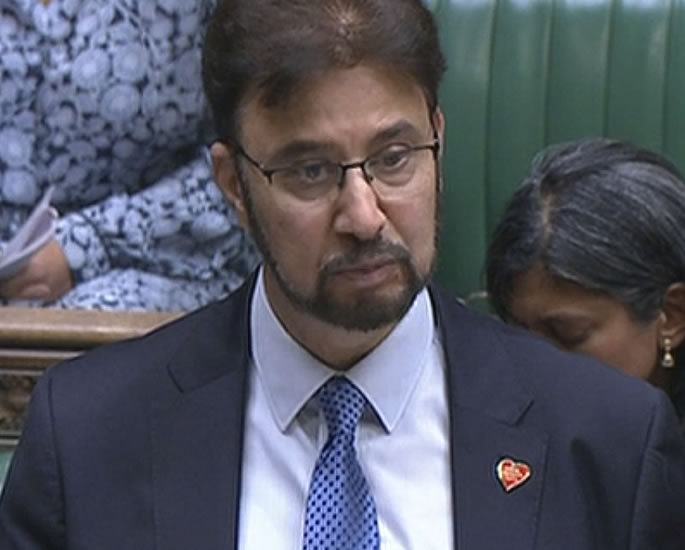 He said: “The laws broken by the Prime Minister, the Chancellor and others are not victimless crimes.

“They were not silly rules and meaningless red tape. They were designed to protect lives.”

Addressing the speaker, Mr Khan said that the doctors and nurses who treated his relatives were not leaving work for “wine time Friday”.

He asked: “For the first time in his life, will the Prime Minister do the right thing and resign?”

The PM said he would not resign but claimed:

“Everybody at number 10 took the pandemic with the utmost seriousness.”