A woman, described as “glamourous”, received a prison sentence after police found her in possession of a sawn-off shotgun.

"Gun crime has a devastating effect on communities"

Tahira Nelson-Warburton, aged 27, of south London, was jailed for five years after she was found in possession of a sawn-off shotgun.

In addition, the “glamourous” young woman kept ammunition in a makeup bag.

The matter came to light after Nelson-Warburton’s home was raided.

Woolwich Crown Court heard that police officers from Trident’s South Proactive Team raided her home in Wandsworth during the evening of August 5, 2016.

During a further search of the bedroom, officers found a makeup bag in a chest of drawers, which contained more ammunition.

A large quantity of cash was also found.

Nelson-Warburton, who was at home when the search was carried out at 10:05 pm, was arrested and subsequently charged.

At court, Nelson-Warburton pleaded guilty to possession of a firearm and ammunition with intent to cause fear or violence. 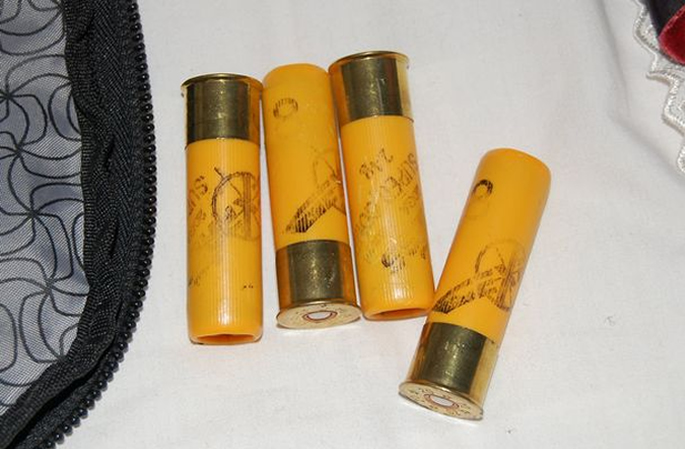 Police believed that she was holding the weapon for another person.

The Mirror reported that Tahira Nelson-Warburton was sentenced to five years in prison.

“We will continue to target anyone who is storing a gun, or helping to hide them from the police as this conviction shows.

“Gun crime has a devastating effect on communities and families.

“Anyone found to be involved in the storing or use of lethal firearms will face a significant custodial sentence.”

A 21-year-old woman was arrested as part of the investigation but was released with no further action.

In a similar incident of possessing a sawn-off shotgun, two men were jailed for a combined total of 15 years.

Yasir Nassir and Kuldip Singh were caught driving in Birmingham City Centre at 5 am on September 10, 2016.

Police pulled them over and conducted a search of the vehicle. Officers found two sawn-off shotguns and one starter pistol. Police found them stashed hidden under some car seats.

Police also recovered shotgun cartridges from the vehicle, which they found in the rear seat footwell.

After the initial search, police searched Nassir’s home in Walsall where they discovered more weapons and cartridges.

Dhiren is a journalism graduate with a passion for gaming, watching films and sports. He also enjoys cooking from time to time. His motto is to “Live life one day at a time.”
Is Boris Johnson’s Win Increasing Fears of Racism & Safety?
Indian Girl Gaming Addict commits Suicide