Rapper jailed after being caught with Shotgun and Machetes

Rapper Maher Ali was jailed after police found a stolen shotgun in his car. They also retrieved three machetes from his home in Birmingham.

The Court heard that Ali was found with a stolen shotgun as well as three machetes.

Ali, whose rap songs are posted on YouTube and contain several references to guns, was stopped by police on November 6, 2018.

Officers had been acting on a tip-off when they stopped Ali on Bowyer Street, Birmingham. He was alone in his Volkswagen Golf, which was stationary.

In the backseat footwell of the car, they found the shotgun in three separate pieces wrapped in a plastic bag inside a jacket.

Police also found several mobile phones in the car, including one which Ali had used moments before he was arrested.

Ali had discarded the SIM card, which has since not been found.

When questioned by police, Ali claimed that he had no knowledge of the weapon and said he had been loaned the vehicle ten days earlier.

The gun was found to be have been stolen from a house in Wilmcote, Warwickshire earlier on the same day.

Police later searched Ali’s home on Vaughton Street where they found three machetes under his bed and two lock knives on his bedside table.

Alex Warren, prosecuting, said: “Ali is a rapper who posts music videos on the internet. The words of which contain references to guns.

Balbir Singh, who was defending Ali, said people spoke highly of him and he had to help his family following the death of his father in 2015.

Mr Singh said: “Although it was a shotgun it had not been tampered with or altered in any shape or form.

“There was no ammunition with it and he has never used this shotgun. It has no history of criminal use.” 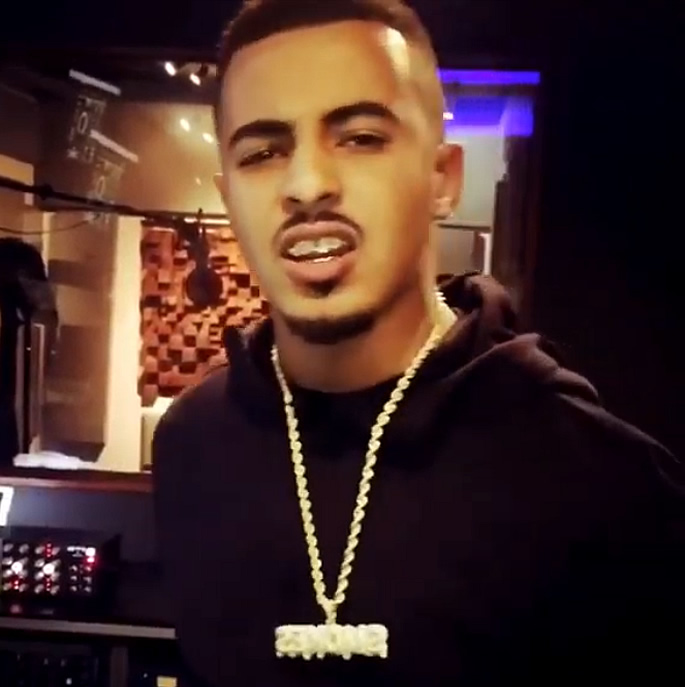 Ali pleaded guilty to possession of a shotgun without a licence. Passing sentence, Judge Michael Chambers described it as a “worrying case.”

He said that the knives found were “serious weapons” and Ali never explained what his intentions were with the gun.

Judge Chambers said: “I am driven to the conclusion that, whatever intention you had, it was not an innocent one.”

Maher Ali was sentenced to two years and three months in prison.

“Another person is in prison following a firearm recovery as police and partners continue to work together to reduce the harm caused by serious and organised crime.

“I cannot emphasise how important it is that our young people do not confuse entertainment with glorification of crime.

“You never need to carry a blade or a firearm.

“We continue to rely on the public talking to us about who is trying to control them, who has access to guns and where they are.

“If people suspect something, we’d urge them to get in touch.

“Police and partners are here to help prevent crime and protect our young people. If you have a concern, call us.”

Dhiren is a journalism graduate with a passion for gaming, watching films and sports. He also enjoys cooking from time to time. His motto is to “Live life one day at a time.”
Neeraj Arora: Chief Business Officer quits WhatsApp
Indian Man Chops Up Fiancee’s Body after she Exposes Affair