Indian comedian Bharti Singh has become the latest famous face embroideled in the celeb drug use scandal of 2020.

They have recovered 86.5 grams of ganja during the search.

The Narcotics Control Bureau (NCB) on November 21, 2020, arrested comedian Bharti Singh following the seizure of ganja (cannabis) from her house in Mumbai.

The NCB searched Bharti Singh’s house and office in the morning as part of its probe into alleged drug use in the Hindi film industry.

A team led by Sameer Wankhede, the central agency’s zonal director, carried out a search at Singh’s residence as well as her production house based on a tip-off.

They have recovered 86.5 grams of ganja during the search.

The NCB has stated in a press release:

“Both Bharti Singh and her husband Harsh Limbachiya accepted consumption of ganja.

“Bharti Singh was placed under arrest under the Narcotic Drugs and Psychotropic Substances (NDPS) Act and examination of Mr Limbachiya is underway.”

The quantity allegedly seized from Bharti Singh’s possession is considered as “small quantity” under the act, as against “commercial quantity” as per the NCB. 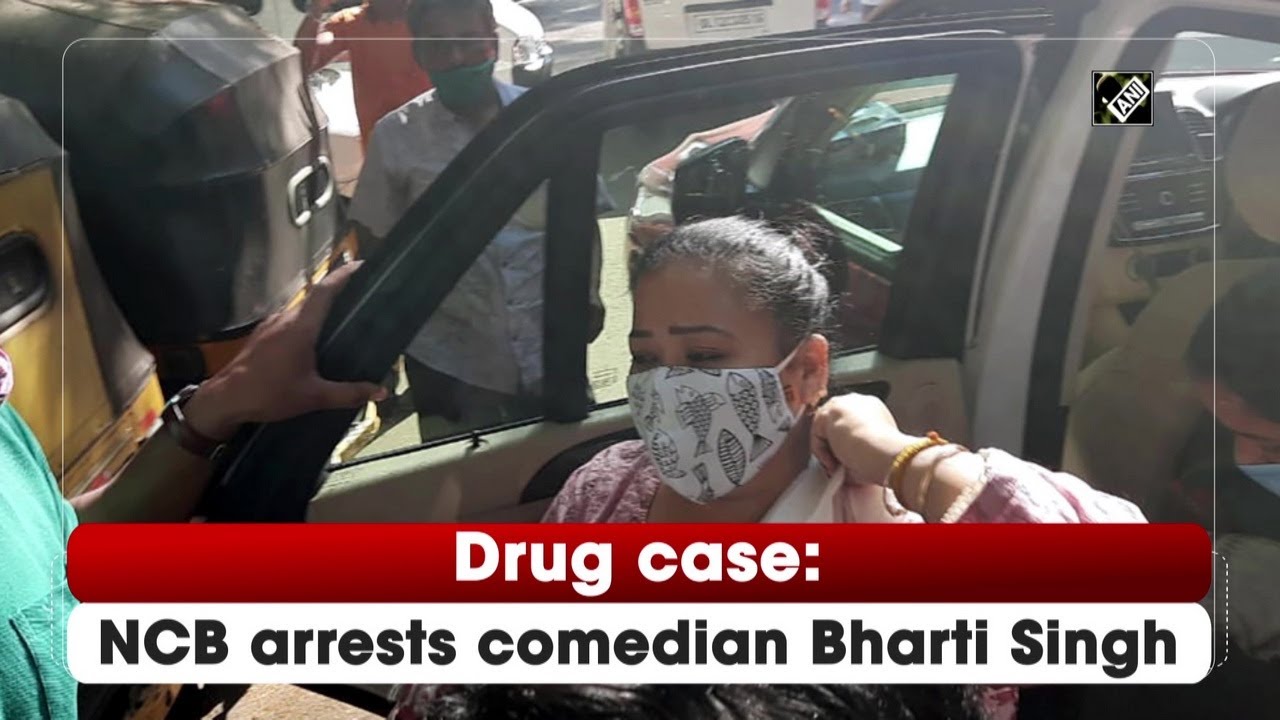 Up to 1,000 grams of ganja is considered small quantity, which attracts jail term up to six months and/or fine of Rs 10,000.

Possession of commercial quantity — 20 kg or more — can attract up to 20 years in jail.

For the quantity in between, the punishment can be as much as 10 years in jail.

“Singh’s name had cropped up during the interrogation of a drug peddler.”

The agency also carried out searches at two other locations in the metropolis, the official said.

Bharti Singh has appeared in many comedy and reality shows on TV.

Bharti has also hosted a few such shows.

The NCB has been probing the alleged drug use in Bollywood after the death of actor Sushant Singh Rajput in June on the basis of WhatsApp chats involving drugs.

The central agency had earlier arrested Rajput’s girlfriend, actress Rhea Chakraborty, her brother Showik, some employees of the late film star among others under various sections of the NDPS Act.

Rhea Chakraborty and some other accused are currently out on bail.

Earlier this month actor Arjun Rampal‘s home was searched, and both he and his girlfriend, Gabriella Demetriades, were summoned for questioning.

As he was leaving the agency’s office in south Mumbai, he clarified that the substances found by the NCB at his residence were part of a prescription:

“I am fully cooperating with the investigation. I have nothing to do with drugs.

“The medicine found at my residence was prescribed. The prescription has been found and handed over.”

Akanksha is a media graduate, currently pursuing a postgraduate in Journalism. Her passions include current affairs and trends, TV and films, as well as travelling. Her life motto is 'Better an oops than a what if'.
‘Kai Po Che!’ Actor Amit Sadh reveals 4 Suicide Attempts
Govinda opens up about Feud with Nephew Krushna Abhishek