A 23-year-old Indian woman took her own life after finding out that her lover got engaged. The incident happened in Uttar Pradesh.

He also told her that their relationship was over.

It was discovered that an Indian woman committed suicide after her body was found near the Gomti River, which forms part of the Ganges River, Uttar Pradesh.

Police found out that the reason for her suicide was because she was saddened by the engagement of her lover Rohit Gupta.

Officers identified the 23-year-old woman as Preeti Prajapati, a teacher at a private school.

The matter came to light when she finished teaching on December 11, 2019 and did not return home.

On December 13, her body was found. A post-mortem stated that she died due to drowning and a head injury.

It was indicated that she jumped into the river from a great height.

Officer Raju Kumar Rai had claimed that it was a case of rape and murder before the investigation took place.

He was subsequently suspended for coming up with “completely baseless” theories.

SSP Prabhakar Chaudhary explained that Preeti and Rohit had known each other for four years and were lovers for three years.

They regularly spoke. On December 11, Rohit went to the school and told Preeti that he had got engaged a few days prior to another woman.

He also told her that their relationship was over.

Preeti’s phone was found by the river bank. The analysis revealed that she had spoken to two people prior to her death.

One of them was Rohit. The Indian woman had called him twenty-one times on December 6 and the two talked for over three hours.

Police took him in for questioning where he told police that he deleted the photos of him with Preeti after her brother called him.

CCTV footage revealed that Rohit and Preeti were last seen together on December 11.

Police found out that Preeti had committed suicide following Rohit’s statement and CCTV cameras in the area. 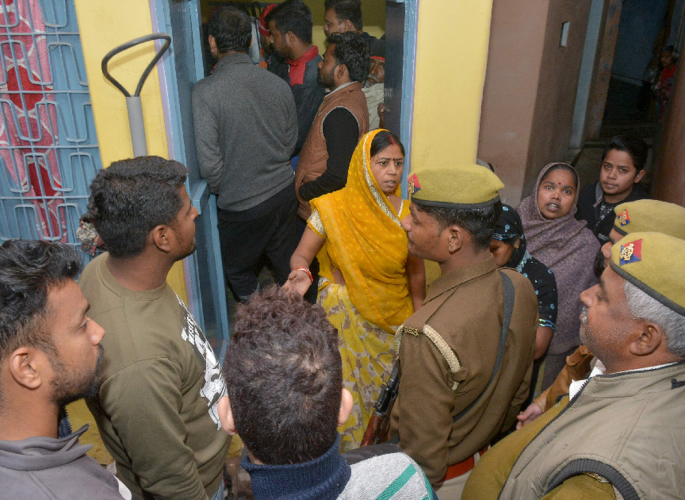 Footage showed the young woman leaving the school while another camera showed her climbing up a bridge.

Rohit admitted to police that he did not have the courage to tell Preeti or her family about the engagement to someone else straight away.

Prior to his engagement on December 7, Rohit’s father asked him whether he loves anyone else. He said no.

He went on to say that he did not expect Preeti to commit suicide after finding out about his engagement.

Preeti’s family were concerned about her disappearance, which is why her brother called Rohit and told him that a case would be filed if his sister is not found.

Rohit was subsequently arrested on charges of abetting Preeti to suicide. Meanwhile, the case is ongoing.

He told police that his dream was to see all children have a good education and life. He went on to say that he will not be able to recover from his daughter’s death for a lifetime.