The Mists of Simla by Balraj Khanna

British author Balraj Khanna sets his fourth fiction, ‘The Mists of Simla’ in the year 1962. A story full of hope, fun and anticipation.

The Mists of Simla [2012] is a fantastic book, which recounts the story of the young cricket player Rahul Kapoor. Independent Arts and Crafts professional Balraj Khanna writes this thrilling novel, which has something for all readers.

Set during the Chinese invasion of Northern India, The Mists of Simla focuses on how everything seems to be changing. It is 1962 and the young boy Rahul Kapoor has just passed his final exam to enter college in Simla, a British summer playground with walking juxtapositions everywhere – including memsahibs in ballgowns. Following partition of India, Simla society has changed and the students are now building a new India.

The book navigates the boy’s journey through these changes and is somewhat reflective of Balraj’s own life, as many stories are of their makers. Balbir Singh Sambyal reviewing this novel said: “Indian youth are going to scream.” Balraj Khanna found this comment very flattering and interesting. 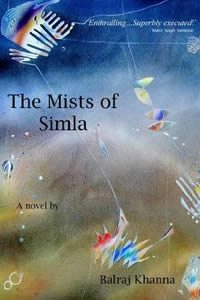 The time frame has allowed a completely simple story of an eighteen-year old boy going to school to become a hotpot for events, twists, humour, sex, enlightenment and everything else that accompanies a great novel!

Writer Balraj Khanna migrated to England in 1967 at a time when Rock bands like The Beatles and The Rolling Stones were producing amazing music. Born in Punjab, India, Khanna came over to study English, but took the path less travelled when he turned towards Art. It seems this was the correct path of travel for Balraj Khanna, with the likes of Bryan Robertson describing him as “one of the most distinguished artists working in England.”

Khanna is often categorised alongside literary greats such as E. M. Forster and Edward. His achievements speak for themselves, especially his works of the visual arts and writing. When younger, he tells us of an anecdote he remembers where he ran away from home for a few hours after being teased and provoked by his siblings.

After many hours in the Punjab countryside, he finally swallowed his pride and returned home expecting everyone to welcome him with open arms. Much to his dismay no one was really that bothered, as his family barely acknowledged his absence! Khanna saw the funny side and decided he would one day write about it, and so he did. 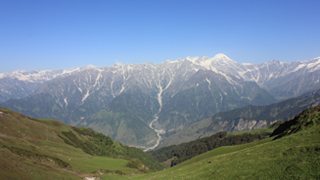 Growing up with the beauty of India at his fingertips, Balraj was never short of some visual and creative inspiration when it came to setting a backdrop for his works. His latest offering, The Mists of Simla is set in the beautiful foothills of the Himalayas. Not many people can boast that they have actually been to a place like Simla, but Khanna certainly can. Khanna did his schooling in Simla and describes the city as an “enchantingly romantic place.”

As a schoolboy, Khanna grew a keen interest in the arts and always flourished in related disciplines. Traditionally children from South Asian communities have been discouraged to pursue a creative line. This is largely due to parents wanting their children to become Doctors, Lawyers and Accountants. Taking his own example, Khanna believes one can succeed in any field as long as they consistently work hard.

Balraj has unveiled a number of collections over the years, consisting of solo exhibitions, group shows and public collections. His writing and paintings appeal to an international audience and are not restricted to any particular group of people.

When asked whether he prefers painting to writing or vice versa, he replied: “Sometimes I wish there were two of me; one to be ensconced in my study upstairs, the other to be sent downstairs to paint.” He recognises both talents as different but equally thriving activities. 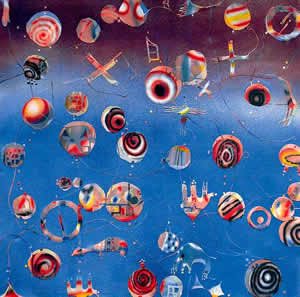 His major works include his first novel Nation of Fools [1984], an exhilarating journey, which grips the audience from the off. Nation of Fools has been coined as one of the “best 200 novels in English since the 1950’s” – a description to frame, literally, and live by. In 1984, The Royal Society of Literature awarded Khanna the ‘Winifred Holtby Memorial Prize’ for this book.

Agreed that all books are in some way or another, an exploration, and a journey. Yet, it is how this journey is performed that continues to draw onlookers. Balraj Khanna, both in The Mists of Simla and Nation of Fools, provides the perfect journey.

In 2009, Khanna successfully managed to write a children’s fiction. Rajah-King of the Jungle was written for his Greek grandson Dimitri and has been hailed as a “modern day children’s classic.”

Khanna agrees that there are many South Asians out there who are interested in reading and when asked about what advice he has for budding writers, he replied: ‘”Merit comes with quality. Just because you are Asian doesn’t mean you have to get published. Publishing in the UK is of the highest standard and Asians here have first to aim to achieve that. The rest will follow.”

Balraj Khanna is a successful artist in every sense and definition of the word. Coming from a strong, traditional background, he has attained what he set out to achieve. He encourages aspiring writers and artists to set their goals high in order to fulfil their dreams.

His book, The Mists of Simla, published by HopeRoad Publishing House is available on Amazon both in paperback and on the Kindle. Watch out for some of his forthcoming works as he is nothing short of a colourful and captivating character.

An English and creative writing graduate aspiring to have the style of Johnny Depp and the writing abilities of J K Jerome. Rafi is an enthusiast of fashion, food, culture and anything else which crosses his path! His motto: "Knowledge speaks, but wisdom listens."
Shuhin Ali makes Writing debut with Lost Reunions
Leela Soma ~ Scotland’s Asian Writer