Lost Reunions by Shuhin Ali conveys the story of Max Turner who has it all – a fantastic career, house and lifestyle. But what’s missing?

"It’s never too late to try and become the person you always thought you’d be.”

Shuhin was born in 1983 in Chester, England. He is the son of first-generation Bangladeshi immigrants and comes from a large family, being one of seven siblings. He currently works as a professional chartered accountant based in London and writes in his spare time.

Lost Reunions is a contemporary fiction, which tracks the tale of protagonist Max Turner. He’s a maverick hot-shot investment banker and seems to have it all – a life of luxury, a nice house, good looks and a high-flying career. But appearances are deceiving and Max is haunted by feelings of guilt and shame.

He feels he is an impostor, living a life he wasn’t meant to live; his true desires, ambitions and beliefs have been suppressed while pursuing a life of success and material security. 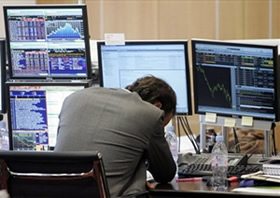 Initially the story is set in the city of London, during the global economic crisis of 2008. Max is reunited with an old university friend, Neela Ahmed, and finds himself taking an unexpected journey to Bangladesh. It is the ‘Country of Bengal’ that offers Max the chance for self-discovery and redemption and gives Neela the opportunity to fulfil a promise she had once made to her father.

Prominent themes within the story are of hope, friendship, love and fighting for your convictions. In Shuhin’s own words, the key message of the novel is: “Reach for your dreams; they’re closer than you think. It’s never too late to try and become the person you always thought you’d be.”

The novelist himself is a busy man with many talents. In addition to his accounting day job and commitment to writing, Shuhin is learning Spanish, runs 10km and half marathon races and has recently taken up the martial art of Muay Thai. He has also become a self-taught publisher.

Shuhin Ali wrote, edited and published Lost Reunions as a paperback and e-book independently, rather than going through the traditional route of approaching literary agents and publishing houses. When asked why he decided to take this route, Shuhin told DESIblitz:

“Like most other writers I was writing to agents and publishers only to hear that due to the economic climate it is getting harder to get traditionally published, so I decided to self publish. It was either that or let my manuscript idly languish on my laptop forever. I’m happy I made that decision and it feels great to see your work out in the world.” 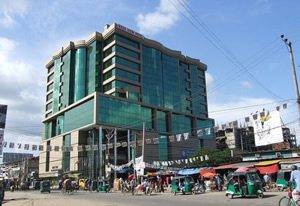 The story of Max Turner is not autobiographical in anyway insists Shuhin, nor are any of the characters based on real people, but their dreams, aspirations and situations are elements that many readers will identify with. He relied solely on what he calls his “active imagination” to create the characters and their narratives.

The author used his first-hand experiences of cities such as London, Manchester and Sylhet to help shape the backdrop and settings in the novel. Many people from the Bangladeshi community residing in Britain are originally from Sylhet. Sylhet is a major city in north-eastern Bangladesh, which is famous for its tea gardens and tropical forests. The author writes about the city to highlight the problems that plague the large garment industry there.

Shuhin Ali told DESIblitz that it is an industry, which needs “tighter health and safety laws and checks.” In particular, he cited an example of a recent factory fire just outside the capital Dhaka, which left over one hundred people dead.

For every copy sold of Lost Reunions, Shuhin Ali is donating £0.50 to the charity ‘Rural Development Foundation Bangladesh.’ The author feels this charity provides individuals with a platform to rebuild their lives. He exclusively told us: 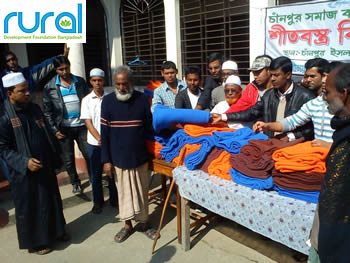 “The mission of the charity is to provide high-quality education and life-saving and life-enhancing patient care in clean and modern facilities, irrespective of creed or class. A new boys’ school has been completed, a maternity clinic is currently under construction and the building of a girls’ school will commence in the near future.”

Shuhin is a good samaritan who often contributes to charitable causes because of their social impact. In the past he has run the Scottish Half Marathon, raising money for the charity, ‘Children in Crisis.’

Shuhin is currently working on his second novel, which is set during the time of the British Raj, including the partition of India, right through to modern times. When asked about his writing routine Shuhin revealed that he writes for about an hour on weekday evenings and then also for a few hours on weekend mornings.

Through his hard work and dedication, Shuhin has achieved his dream of becoming a published novelist. Writing is his passion and he aims to have his second novel in print within the next few years. As an avid movie-fanatic, Shuhin also hopes to write a screenplay in the future. When asked what tips he would give to novice and aspiring writers out there, Shuhin says:

“Just write, forget about being judged and get the words out. Don’t aim for perfection in a first draft, you can edit once you have the whole story out in words. Make sure to write every day, no matter how little, this helps to keep the momentum going and before you know it you find that you’re coming to the end of the novel.” 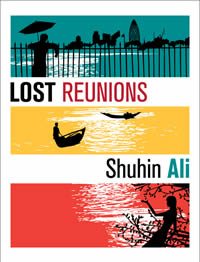 Lost Reunions is available in paperback from CreateSpace Independent Publishing and as an e-book from Amazon. The book has received excellent reviews from readers on Amazon, with four out of six people giving it a maximum five star. Many of the readers have enjoyed the book with some urging the author to perhaps write a sequel.

A customer review written on Amazon by Sivashna beautifully sums up the book saying: “Great debut! Interesting storyline and well-developed characters. A novel that draws you in and makes you think about your own life.”

Lost Reunions is a very intelligent and cleverly written book, with a lot that provokes thought and is one to add to your good reads list.

Simret has a passion for the creative things in life. She loves reading, photography and the arts. Her favourite quote is: "The most important thing you can take anywhere is not a Gucci bag or French-cut jeans; it’s an open mind.”
Theosianama.com – India’s Digital Archive
The Mists of Simla by Balraj Khanna