Theosianama.com is a project which makes the history of Indian cinema and artefacts of Indian arts available for you to access in digital format.

"The project is the effort of 20 years of systematic daily work, archiving, research and innovation"

One of India’s most pioneering and exciting on-line projects called Theosianama.com targets lovers of Indian and world art, cinema and culture.

Available from March 2013, Theosianama.com will be a huge on-line database providing visitors an incredible experience to explore the world’s largest archive and search engine on Indian and world cinema and the arts.

Neville Tuli who is the chairman of the Osian’s, is the man behind the project. He a film maker, economist and developmental theorist who was educated at London School of Economics and St Catherine’s College, Oxford, UK.

Tuli established the Osian’s in 2000, integrating the Creative, the Educational and Corporate Responsibilities in a radically new model for India. Osian’s today is recognized as India’s pioneering arts and cultural institution. 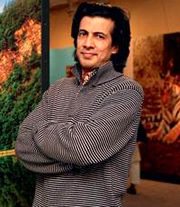 Osian’s runs and own the website ‘Osian’s The Auction House’ (www.osians.com) which manages the auction and sale of arts and culture, and in 2004, Osian’s acquired Cinefan (The Festival of Asian & Arab Cinema) and Cinemaya (the first Journal in the world dedicated to Asian Cinema), thus widening its the cinematic infrastructural base and complementing its vast archives.

Theosianama.com website is part of the Indian knowledge-based education project run by the Osian’s called the Osianama Learning Experience (OLE).

Talking about the unique website, Neville Tuli said: “It’s a compilation of our work of the past 20 years. All the objects you see on the site have passed though our hands. The information provided is authentic and perfect.” 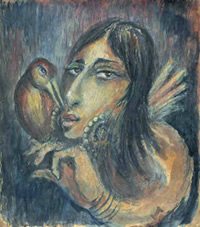 Information on Hindi films, photography from 1840’s from architectural to print, data on the sale and auction of art over the last 25 years, masks, rare book covers, prints, calendar art, advertisements, lobby cards, posters and lithographs are all included in the database which will be free to access and updated on a daily basis.

Physical and material objects are the basis of the site, all the artwork available on the site are things which are either in possession of Osian’s or have been reviewed by them for the site. “We’ve done a key integration of fine arts for the first time,” said Tuli.

The first phase of the archive focuses on Hindi and Bombay cinema. Information on almost every Hindi film produced to date shall be just a click away.

Discussing the first phase Tuli says: “The project is the effort of 20 years of systematic daily work, archiving, research and innovation. The knowledge base will house information on the medieval, modern and contemporary phases of cinema and change the perception and study of India on a global scale.”

The history of Modern Indian and contemporary fine arts will also be part of the first phase and the second phase will concentrate on the architectural heritage of India.

So, why is there need for such a digital archive? Tuli says:

“As a country we are insensitive and disrespectful to the plethora of visual image. There’s lack of respect for our history because of the fundamental ability to abuse history, which has led to its distortion. That needs to be fixed.” 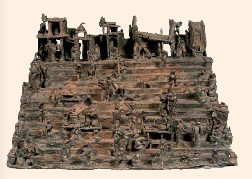 Talking about how the website differs from others, Tuli said: “Unlike Wikipedia, which invites everybody to contribute, and Google, which only takes you to a world of information that they are unaware of, we know every inch of our website.”

On the site there will also be available a large collection of Hollywood memorabilia, including legendary personalities like Charlie Chaplin, Marx Brothers, Laurel and Hardy, Clark Gable, Marlon Brando, Marilyn Monroe, Alfred Hithcock, James Dean, Clint Eastwood, Elvis Presley, The Beatles, Satyajit and many others.

OLE will also include the launch of 100 books on various themes and personalities of Indian cinema at the upcoming World Book Fair and public opening of the ‘Film & Art Museum’ in Delhi. 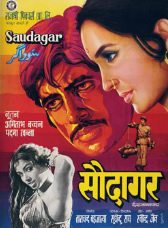 The site interface provides a search engine and easy access to the categories, in order to help get you the data you seek quickly and accurately. “You can either type in a keyword to find whatever you want on the site, or go through the nine classifications we have made already,” said Tuli.

“The search engine will cut through the politics of access to knowledge. Whether you are living in Ghatkopar or Oxford, irrespective of your background or resources, the youth will now have access, context and discrimination for understanding and experiencing cinema education in the most innovative and creative manner,” added Tuli.

Theosianama.com will be the first website of its kind to allow free access to historical knowledge about Indian cinema, data on every public transaction of artwork in the past 25 years in India and an events section, which shall enlist each cultural event which may have happened in the last 100 years.

Digital archives of this kind are the future for preserving such historical information and data, making it available to the masses to learn from, use for research and for everyday reference. Thosianama.com website once live from March 2013 will be a major digital asset to India and everyone interested in India’s cinema and its arts and culture.