The Queen’s Birthday Honours for 2014 saw a huge surge in the number of British Asians recognised for their outstanding contributions to their local community and to Britain. The individuals range from the medicine, sport, music and community work.

Legendary Indian musician, Talvin Singh was awarded an OBE for his services to music.

The Queen’s birthday honours for 2014 have seen an incredible 1,149 individuals recognised for their services to the country and their communities.

Taking into account those from all backgrounds and walks of life, this year has seen an encouraging number of British Asians and South Asians who have ‘committed themselves to serving and helping Britain’.

Such accolades are awarded to those individuals who have ‘made life better for other people or be outstanding at what they do’. They can range from all fields such as music, the arts, social care, sport, academia, human rights and medicine. 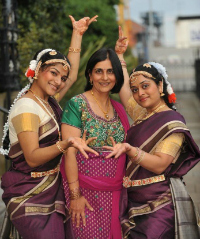 Legendary Indian musician, Talvin Singh was awarded an OBE for his services to music (see our exclusive Gupshup with the artist here).

Talvin has become a prime example of taking his cultural heritage and knowledge of music and fusing it with his British influences, particularly drum and bass. He is well known for pioneering Asian underground music in the UK.

Belinda Parmar was also awarded an OBE for services to ‘Women in Technology’. Her social enterprise, Little Miss Geeks, supports women from all backgrounds to envision change through technology. Tweeting out her thanks to her followers, Parmar said:

“Thank you so much for all your OBE congratulations. This award is for all of you who tirelessly work to get more women in tech.” 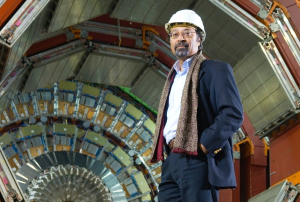 Muhammad Ayub, founder of Oriental Star Agencies was awarded a MBE for pioneering the popularity and circulation of Asian music within the UK.

He is most famous for bringing the likes of legendary singers and musicians like Ustad Nusrat Fateh Ali Khan and giving them a platform to perform in the UK. See our exclusive Gupshup with Ayub here.

Here are some of the British Asians that have been honoured in the Queen’s birthday list 2014:

The awards are decided by an honours committee  before being given to the Prime Minister and the Queen. With such a vast selection of British Asians now being recognised for their efforts, it is clear that Asians are offering a lot to their local communities. Congratulations to all the honoraries!

Aisha is an editor and a creative writer. Her passions include music, theatre, art and reading. Her motto is “Life is too short, so eat dessert first!”
Asian Women of Achievement 2014 Winners
Betel Leaf to face Ban in UK