With Betel Leaves reported to be one of the main causes of Salmonella, the EU is pushing for a ban on paan which may affect British Asian communities. In an exclusive Gupshup with Uday Dholakia, DESIblitz explores the issue.

"I think a series of bans have been implemented without engaging the communities."

For years, Betel Leaves have been a staple in Desi cultures. Known as Paan, they are often chewed after dinner as a breath freshener.

Paan holds a special place in the hearts of many South Asian people, however now we may be at risk of a paan ban in the UK. As reported by EU’s RASFF (Rapid Alert System for Food and Feed), paan is considered to be a major cause of salmonella in the UK.

The betel leaves are mainly exported from Bangladesh, where they are revered for their relaxing sensation and are often consumed with betel nuts.

In 2011, over 140 cases of microbiological contamination in betel leaves were discovered by EU member states. The European Commission notified Bangladeshi authorities to resolve the matter and make exported goods safe for consumption. 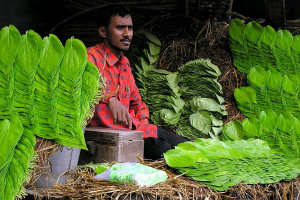 The Food and Veterinary Office of the European Commission paid a visit to Bangladesh in February, 2013 to ensure that this had been met, but found that the safety regulations of foods had yet to be put into place.

From the security footage they have concluded that the foods were not being handled appropriately because of a lack of suitable facilities. RASFF reports show that the level of pathogens on betel leaves have risen since 2011.

In February 2014, the Commission placed an import ban on betel leaves from Bangladesh. This action was mandated by Article 53 of Regulation (EC) No 178/2002. This act is a temporary ban which will last until July 31, 2014.

The EU will prevent Bangladeshi betel leaves from being imported in all member states. Betel leaves from India and Thailand are also being checked to see whether they are safe.

With the recent ban on Indian mangoes in the UK, the British Asian community are facing difficult times with the addition of the potential betel leaf ban. Other South Asian foods that are now banned include bitter gourd, snake gourd and aubergine. 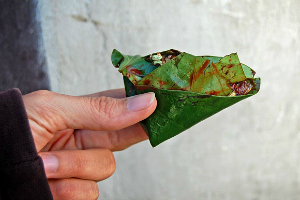 Betel leaves can be dated back over 2,000 years where in India they were offered to guests as a polite custom and called, ‘Paan-Supari’. This is a custom that was brought over to England by the South Asian community.

Imported mainly into the UK and Germany, interestingly from 2012, Paan exports have made a profit over £40 million due to its popularity within South Asian communities.

Chairman of the National Asian Business Association (NABA), Uday Dholakia has admitted that he is concerned about how fruits and vegetables imported for British Asian communities are being scrutinised:

“I think a series of bans have been implemented without consultation or engaging the communities. Many of our members; who are importers, distributors, retailers and consumers are complaining that they are being systematically alienated and treated as second class citizens in this country. 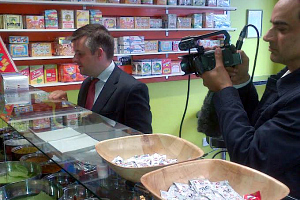 “Whilst, we remain as proud British citizens and want to ensure that UK agriculture and food and drink supply chains are safe and secure, there is an intelligent way forward between the two extremes of gold plating legislation on one side and free for all on the other. I think we are all up for intelligent, transparent and equitable legislation.

“Jon Ashworth MP for Leicester South, visited Nazir’s Paan House in Leicester with me on Sunday and called upon the British Regulators to work with NABA to bring about practical and workable solutions to these regulators challenges,” Uday adds.

Showing his concern about the ban, Jon Ashworth said: “There are a number of businesses across Leicester that sell Paan such as Nazir’s in Evington. This ban could have a huge effect on businesses and residents in Leicester, especially in the wake of the recent mango ban.”

Many businesses could face a huge loss if betel leaves are permanently banned from the UK. But it could also disrupt the ordinary lives of British Asian citizens.

“The betel leaf has an important quasi-medical role in the British Asian community. Pure leaf on its own is reputed to have medicinal values to reduce cough and chest infection.”

“Older generation Asians rely on the digestive qualities of the betel leaf as their ability to digest meat and spices decreased because of age.”

Currently, Uday is now working with UK regulators to find a solution to this problem and agrees that all Asians should know the dangers of foods they eat: 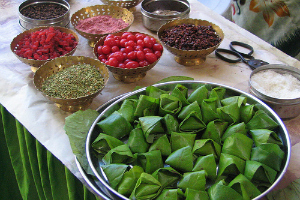 “I have high regard for the quality of research and ability of the FSA to regulate on behalf of the citizens and businesses. The challenge is that they are essentially a London based regulator with modest presence across the country. The majority of their policing is done by local authority regulators and regulators at the airport and ports.

“Historically, in 2003 when FSA identified the potentially cancer-causing red dye Sudan in red chilli powder, it really didn’t have the traction with the Asian business communities to practically implement the ban. A decade later, I am not convinced regulators have a real handle on implementing bans in a practical way.”

Uday is determined to help overturn any potential ban and ensure that South Asian foods are safe for consumption. The EU claims that it will continue to investigate further and adopt stricter approaches, including sending inspectors to India to check crops for pathogens and pesticide residue.

Sharmeen is passionate about creative writing and reading, and aspires to travel the world to discover new experiences. She describes herself as both an insightful and an imaginative writer. Her motto is: “To succeed in life, value quality over quantity.”
Asians on Queen’s Birthday Honours List 2014
Why your UK Passport could delay your Holiday