Why your UK Passport could delay your Holiday

With over 53,000 passport applications still not processed, many British citizens are having to postpone or cancel their holiday plans. DESIblitz explores how holidaymakers will be affected.

"People are finding that their holidays are being cancelled because they are not actually getting a passport.”

Many in the UK are suffering from financial losses and delays in travel due to unprocessed passport applications.

MPs were told by Prime Minister David Cameron that up to 30,000 ‘straightforward’ passport applications were not processed within the three week target time. Most of these were Adult renewals.

A further 23,000 UK passports which are non-straightforward, overseas and first passports were also not processed in time either.

Those who have yet to have their renewals and to create passports for their children may also be affected by this problem. Altogether, the passport office is dealing with a backlog of 53,000 applications. 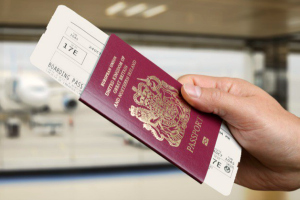 Labour MP Keith Vaz, admitted: “This decision was clearly the wrong one and has been poorly managed. The public have been badly let down.”

He feels that the passport office have made a profit of public’s hardship as they have made £13 surplus on each application made.

“The 70,000 additional passport applications, received five months ago, should have provided the wake-up call,” added Vaz who also expresses that the Passport Office have failed to estimate the number of potential applications and a lack of feasible action plan to keep up.

Labour Party Leader, Ed Miliband said: “The truth is that is tens of thousands of people are finding that their holidays are being cancelled because they are not actually getting a passport.”

One of the reasons this happened is that many employees in the Passport Office may have been working overtime which the PCS trade union claims.

There have been job cuts that have increased the workloads of existing staff rather than hiring additional employees. Officials were compelled by managers to work longer and this caused them to be overworked.

The Passport Office has spent £2.2 million on overtime for staff early in the year to work on the rising numbers of applications.

Ruhi says: “If I was in this situation, I would be very angry. When I book a holiday, I choose the dates and I choose where. I will go when I want and where I want. Just because some people have failed to do their jobs right, why should anyone one else suffer because of it?

“People spend a long time planning their ideal holiday for weeks. Asians would like to go to India, to Bangladesh or to Pakistan to see family.

“Someone might have an important function to attend to or a family wedding or even a getaway with friends after a long hard year. I would not want my holiday plans ruined. No one deserves that.”

A working mum from London also shares her thoughts: “Working people have limited holidays you know. When they’re being told that they can’t go on the days they took off work and would have to wait, you just know that their year is ruined. Those working have to work for a living. The few days we get off…once they’re gone, they’re gone.”

Other forms of travelling without passports include emergency travel document which costs £95 and is only limited to five countries. A visa may also be required depending on the country. This only applies to British nationals outside the UK.

So our advice for holidaymakers going abroad this year?

Without passports, travelling options are limited in the UK. Planning ahead and renewing passports prior to booking holidays will help prevent such a crisis in the future.

Sharmeen is passionate about creative writing and reading, and aspires to travel the world to discover new experiences. She describes herself as both an insightful and an imaginative writer. Her motto is: “To succeed in life, value quality over quantity.”
Betel Leaf to face Ban in UK
How to Plan an Asian Wedding