Is Pakistan Football Really Turning Over a New Leaf?

The Beautiful Game is adored by Pakistanis. We explore whether Pakistan football can turn a new page after a visit from an English star.

"Pakistan in 2022 has 9 international events coming up"

Whilst, Pakistan football has suffered big-time post the new millennium, there is some ray of hope.

Pakistanis are quite passionate about ‘The Beautiful Game.’ Though, the sport has constantly become hostage by its own people.

Secondly, with football not enjoying the same status as cricket, its potential has evaded fulfillment

Having said that, a trip to the South Asian country by a former Premier League and international star, along with other big announcements has given Pakistan football a much-needed boost.

There is, however, a stumbling block, which has marred Pakistan football on the global stage.

This immediately needs sorting out, with the help of particular authorities so that the game can flourish in the country.

We look into both sides of the debate and assess whether Pakistan football can return to the glory days of the 6os. 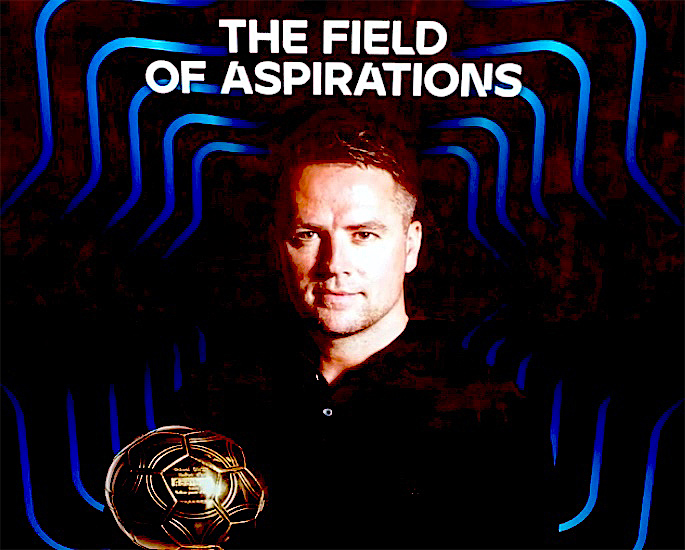 Former Liverpool and England striker, Michael Owen, sharing a roadmap to promote Pakistan football is a welcoming and exciting sign.

If this is put into practice, it can really uplift and develop Pakistan football.

Michael was in Pakistan in late January 2022. He met Prime Minister, Imran Khan and other relevant authorities to sow the seeds for football.

The main objective of his visit was to unveil a transformation blueprint for Pakistan football. His visit to Pakistan was as the official ambassador of Global Sports Ventures (GSV).

GSV is a sports management agency, creating “fresh and exciting football concepts.” Before his trip, a positive Michael told the media of his intentions:

“I am really excited to be at the helm of Pakistan’s largest football transformation programme and delighted to be discharged with the responsibility to take football to a whole new level in Pakistan.”

Meanwhile, Zabe Khan CEO of GSV was full of praise for the Englishman footballer and his pledge to give Pakistan football a new lease of life:

“There is not much to say when England’s pride and joy takes the top job to revive football in Pakistan.”

“Michael has been a very loyal servant to Liverpool and his commitment and loyalty to making Pakistan a successful football nation seems relentless.”

On January 26, 2022, when visiting the NED University of Engineering and Technology in Karachi, Michael laid the foundation for a state-of-the-art football ground.

GSV had earlier gone on to join forces with NED, signing a 10-year $12 agreement. This was for the first soccer city stadium in Karachi.

As per the agreement, German engineers will establish several football infrastructure projects in the City of Lights. They will also construct a state of the art football stadium, featuring world-class facilities. 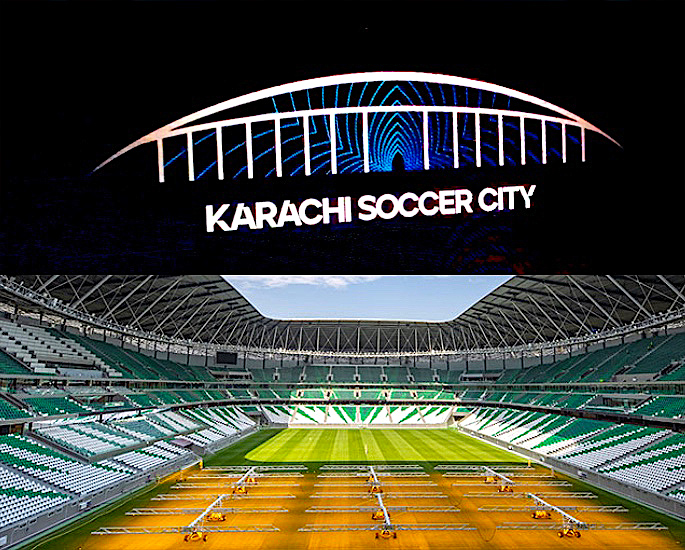 In September 2021, Michael had also signed a three-year deal to groom talent under the proposed Pakistan Football League (PFL).

These include Karachi, Islamabad, Lahore, Peshawar and Quetta. Reports suggest that each of these sides will form partnerships with English Premiership Clubs.

The Pakistani teams may also adopt similar colours and nicknames to their English counterparts. 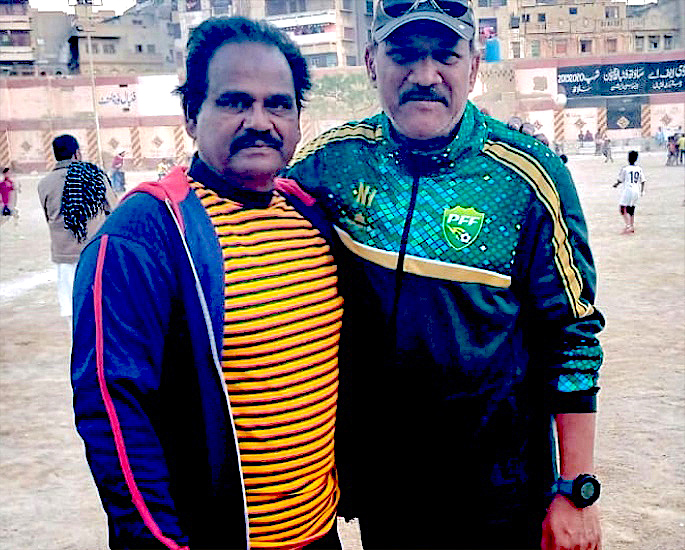 In theory, all the fantastic plans for Pakistan football sound really good. But will these come to fruition or not? Only time can tell.

Pakistan football international coach Syed Nasir Ismail is optimistic but has one deep concern. In a video available on Facebook, he made a request to key influential figures and the football community.

Despite welcoming Michael Owen, he went on to bring an important point. For the attention of the Army Chief, he said:

“General Qamar Bajwa Saab, I want to add one thing to your knowledge. Pakistan football is under suspension.

“And Pakistan in 2022 has 9 international events coming up. These include senior-junior men’s and women’s events under AFA and FIFA.

“But if these nine events of Pakistan do not happen and the Pakistan Football House occupied by government officials is not cleared then Michael Owen coming or his involvement with football activities will be of no use.”

He emphasised the importance of Pakistani players competing at the world level, and feeling a sense of pride under the national anthem and flag.

He also added that the Pakistan Football Federation (PFF) should be run by FIFA’s recommended Normalisation Committee (NC).

The PFF was suspended by FIFA in April 2021. This was due to what they described as “third party interference.”

Whilst it was a legitimate request from Ismail, requesting the Army Chief somewhat indicates the incompetency of the Imran Khan-led government.

Interestingly, following the visit of Michael, it seems officials have finally woken up. 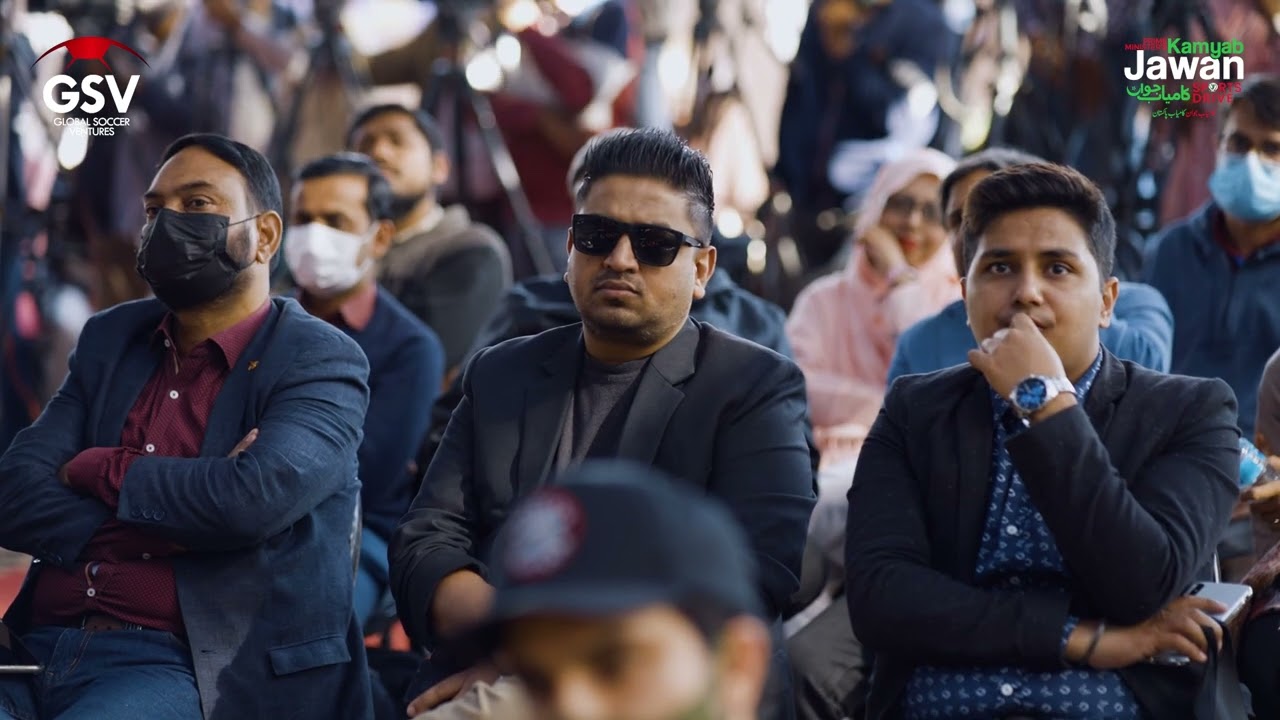 The Ministry of Inter-Provincial Coordination has instructed the Punjab government to hand over Football House back to the FIFA-appointed NC Committee.

Many questions arise from this. Why did this issue not come to the notice of Punjab Chief Minister Usman Buzdar earlier?

Is this the Naya Pakistan that Imran Khan had kept stressing on as part of his election campaign in 2018?

Why has it taken over six months for the IPC Ministry to direct the Punjab government on this issue?

The government needs to understand that life does not revolve just around cricket. It is time to seriously promote football and other games, including super athletes participating in multi-sport events.

Instead of the government just talking, they need to walk the talk. After all actions speak louder than words.

There needs to be a finish to this political turmoil. The focus also needs to be on creating more opportunities for young people to kick a football.

Even though football is actually a popular sport in Pakistan, the country ranks 200th according to the FIFA World rankings.

This is quite a contrast from the 60s when Pakistan was the fourth-best team in Asia.

Many key issues have had a major contribution to the decline. This includes lack of funding, no strategy, hostile takeovers, land mafia, intra-federation splits, and not being a priority sport.

While the early 2022 government steps are encouraging, consistency is equally important to realise Pakistan’s football dream. 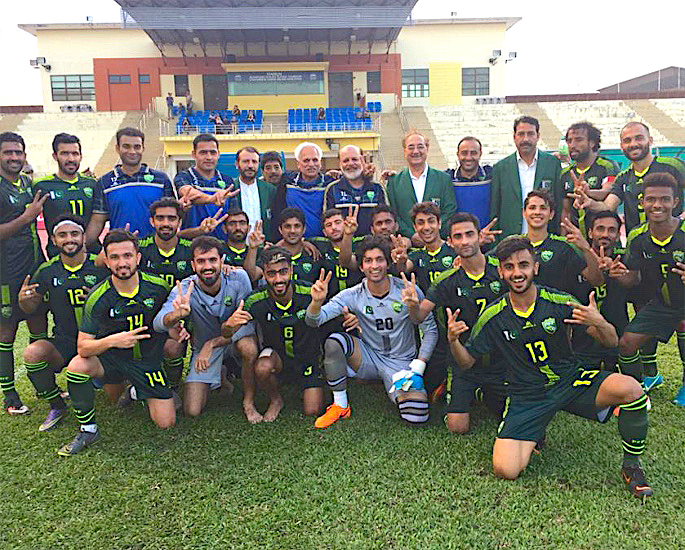 The NC should operate freely, leading to free and fair elections. Any future interventions should also take into confidence star players like Kaleemullah and Zesh Rehman.

With there being a massive Premier League fan base in Pakistan, the views of supporters should also be taken into consideration by the PFF.

Most importantly, following a solution, there should be no further interference by the third party in PFF affairs. This has been Pakistan football’s biggest Achilles heel.

Furthermore, besides the efforts of GSV and Michael Owen, a concrete Pakistan football focus needs to come into play, with implementation, monitoring, and evaluation.

Only then can Pakistan football really grow and develop as a force in the sport.