Oriental Star Agencies has recorded for some of the biggest stars and well-loved singers that the world has ever known. Founder, Muhammad Ayub is also responsible for introducing the likes of Nusrat Fateh Ali Khan, Malkit Singh and Bhujhangy Group to the world.

"I thought we must keep our culture alive."

DESIblitz is proud to zoom its spotlight onto founder and managing director of Oriental Star Agencies, Muhammad Ayub.

Mr Ayub can be credited as the pioneer behind introducing Punjabi and Qawwali music on record for the first time in the UK.

The Oriental Star Agencies label is associated with some of the biggest and most memorable hits produced in the UK. The label is responsible for giving many UK artists and musicians the chance to establish their musical careers and exposing talent from abroad to UK audiences.

Muhammad Ayub is a true inspiration of a man who got the balance right between business and artist promotion.

Initially, Ayub owned a music store selling popular Asian tracks. His business was the first to import Asian music from India and Pakistan and distribute it all over the UK.

It was while he was building and maintaining his music business that the idea of a record label was finally conceived:

“In 1969, we were approached by a couple of young groups, Bhujhangy Group and Anari Sangeet Party.

They asked me if I could record their performances. I said, ‘Alright, we’ll find a studio’.

We did the first recordings Bhujhangy and Anari Sangeet Party.

The first Anari Sangeet Party recording was ‘Mere Lus Lus Karde Ang Nee’, and you remember that was a mega hit song at that time.”

Bhujhangy Group were the first popular Bhangra artists to record and perform songs in the 1970s.

“It was a big struggle for them but they had enthusiasm and the will to succeed.”

“They wrote some wonderful songs, which became very popular and they tried to incorporate the modern beats.

“They used to listen to Western music as well.

“Then the influence from Bollywood music crept in. They created some wonderful music.”

Dalbir sadly passed away in November 2008. The group have recorded over 50 Bhangra albums since they began.

They also appear in the Guinness Book of World Records as the pioneers of Bhangra music in the UK. They are still a popular performing group even today, after 50 years in the business. 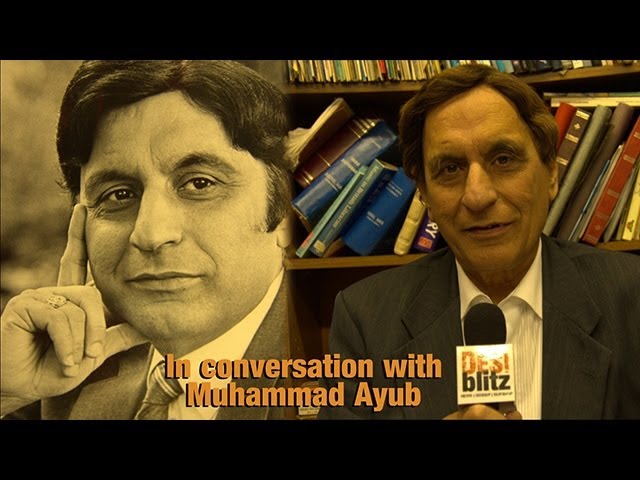 It was through the Bhujhangy Group that Muhammad Ayub and his OSA team realised the dire need for a credible recording label that catered specifically for Asian artists:

“We realised there was a need for a music company because this way we can keep the next generation in touch with the music and language.

“I was working for BBC radio where there was a big request for the local music produced from here because that was contemporary to modern English music.

“So we thought we should fill that gap.”

“I thought we must keep our culture alive.

“We must pass our traditions onto our next generation.

“Living in this country, I am sure they would have been totally westernised listening to the Madonna’s and Michael Jacksons.

“I felt that unless we do something, it will be very difficult to keep our language alive and our culture alive.” 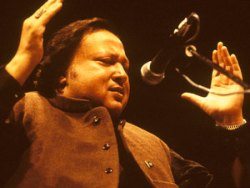 Of course, OSA is perhaps best known for introducing the legendary Ustad Nusrat Fateh Ali Khan to the world.

Nusrat was a mega star of his time, a Pakistani Qawwali singer who was renowned for his spectacular spontaneous live performances.

He is largely considered to be one of the greatest singers to have ever come out of South Asia.

Muhammad Ayub came across Nusrat’s sound in 1977. A friend of his, Mr Hadayat brought over a recording of a new Pakistani singer:

“I remember we were three people in that room.

“Me, my brother and Sam Sagoo…and we put this reel on and all of a sudden everyone was mesmerised when we heard that first take, “Haq Ali Ali”.

“That was Nusrat’s first introduction to us and I thought this is a wonderful energy and voice, which we must introduce to the world.

“The world should benefit from this great singer.”

And indeed, the world did. Nusrat’s success led him to create and produce 125 albums in his 25-year career.

OSA was responsible for sponsoring Nusrat’s tours all over the UK which gave him the exposure to popularise qawwali. The effects of these are still seen even today. 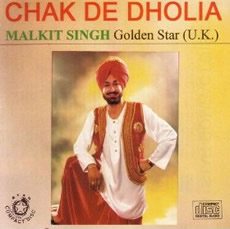 Malkit Singh is another fantastic talent found by Ayub:

“When I heard Malkit’s voice for the first time.

“It was a very very appealing voice and we thought that this is the pure folk Punjabi song.

“And that was a golden voice which we thought can become very popular.

“So that’s how we started recording in 1987 and until now we have recorded 21 albums. They have been mega hits albums.”

The OSA catalogue of artists and performers is extensive and varied.

Ayub has sourced musicians from all parts of South Asia and given them a platform to be heard:

“There’s a vast amount of catalogue and is very very popular.

“We have introduced not only Bhangra throughout the world, qawwali as well.”

“And qawwali not only became a worldwide phenomenon, it became a Bollywood hit and now most of the films and the singers are copying Nusrat Saab’s tunes.

“Even today, after he died in 1997. Still people love his qawwalis.” 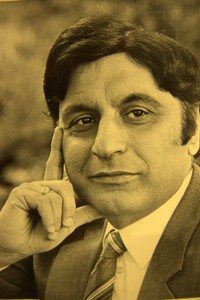 Ayub also encouraged new and upcoming Asian artists in the UK to get their voices heard.

From 1975 to 2001, he organised a National Asian Contest in collaboration with local BBC radio stations across the country.

Budding singers would audition and the best 10 acts would be invited to perform in front of judges.

The contest was hugely popular, receiving thousands of entries.

Organising live performances is undoubtedly what Muhammad Ayub specialises in.

He was the first to bring intimate concerts to audiences all over the UK and the effect it has had, he admits, is extraordinary.

“Rahat is one of the greatest superstars of this time.

“I’m sure this will carry on and people will keep coming to these concerts and listening to their own music and be in touch with their own background and culture.”

It is clear that the legacy Ayub has created in bringing new talent to these shores has really worked.

He is responsible for re-infusing early Asian communities in the UK with a love for their culture. And great music has helped him do this.

From the likes of sweet folk Punjabi and energising Bhangra, to awe-inspiring qawwali and pseudo-Bollywood tracks, Muhammad Ayub has truly established the credibility and status of great South Asian music in the UK and across the world.

Aisha is an editor and a creative writer. Her passions include music, theatre, art and reading. Her motto is “Life is too short, so eat dessert first!”
John Leo ~ Norway’s new Popstar
New Talent San2 Storms the Charts