“Who needs freedom? Outside these walls lies an even bigger jail”

A groundbreaking romantic piece of fiction, it took the Malayalam literary arena by storm.

A dark-complexioned hunchbacked girl was the heroine of the novel.

An observer of human nature and its peculiar pathos and pleasures Basheer’s stories were painfully simple and at the same time dramatically dense. What seems innocently plain in his narratives contain condensed connotations underneath.

Vaikom Muhammad Basheer broke the conventional rules in fiction writing and was bold enough to ignore the grammatical standards.

Born in 1908 Kerala in India, Vaikom Muhammad Basheer was one of those prominent figures who revolutionised the total outlook of literature with his colloquial language, satire, and black humour.

He wrote in colloquial Malayalam making his stories more authentic and unpretentious, reaching out to the common masses.

Basheer travelled across the globe for seven years, exploring the diversity, culture and struggles of communities, switching through numerous jobs such as a fortune teller, chef, Shepard and watchman.

All these encounters deepened his understanding of human eccentricity and characteristics.

Vaikom Muhammad Basheer was a prudent observer of life and its darker and debauched sides.

He was revered with the Padma Shri award in 1992. The government of India also honoured him by issuing a postal stamp on him.

His stories are a challenge to translate into other languages without staining its true colour and flavour. During about half a century of his creative journey, Vaikom Muhammad Basheer published 30 books.

He is someone who created his own language within the language.

Mathilukal is a melancholic love story set against a chaotic pre-independence political milieu. It is said to be Basheer’s own story.

A prisoner falls in love with a convict woman who is serving a life sentence. High walls separate them. They do not see each other but communicate through codes and signs.

Their lives are suddenly filled with excitement and hope. The sullen mechanical days of monotony are over.

Narayani’s sweet voice echo in his mind making him look forward to another day.

Finally, they plan to meet at the prison hospital with much anticipation only to find cruel fate laughing at them.

Coincidently, Basheer is released the same day. He never even has an opportunity to say to her that he is leaving.

He says: “Who needs freedom? Outside these walls lies an even bigger jail.” 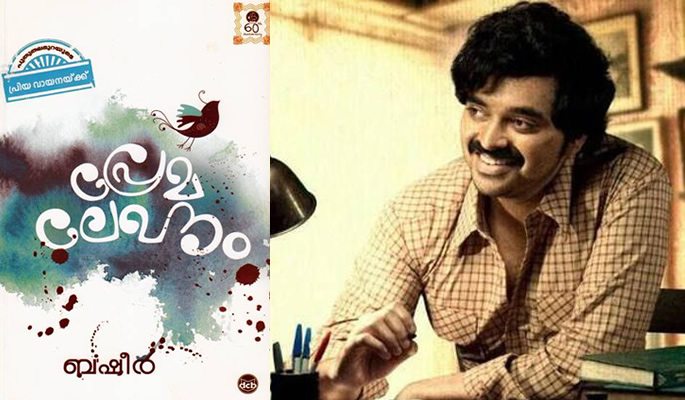 Premalekhanam is, in essence, a love story between a man and a woman.

Keshavan Nair writes a love letter to Saramma an orthodox Christian girl, asking for her hand in marriage.
Keshavan tries to impress the sarcastic Saramma.

He offers her a job which is to love him for a day pay of Rs 20.

Initially, Saramma rejects him and taunts him in numerous ways. In the end, she accepts his proposal. The banter and mockery between Keshavan Nair and Saramma are hilarious and amusing to readers.

Saramma’s uncaring father and cruel stepmother mirror the harsh reality of hardships in store for a girl in rural India.

Though this seems a relatively ordinary story of love, Basheer satirically hints at the caste system, practice of dowry and the struggles of mundane life.

Ntuppuppakkoranendarnnu (My Grandad Had an Elephant) 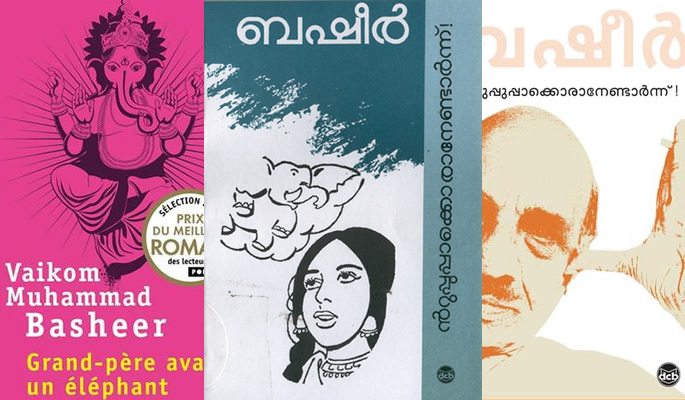 This work of fiction is a timeless epitome of how a book can instigate transformation in the societal norms. It said to be the most celebrated short novel of Vaikom Mohammed Basheer.

The story is about a girl brought up in an orthodox atmosphere. She grows into a young woman and tries to evaluate the narrow-minded dogma, values and practices around her.

Pathumma’s mother is a wealthy woman who has led a lavish life. Due to a family dispute Pathumma’s parents lose their assets and possessions.

Pathumma’s mother would always brag about the elephant that her dad, Aana Makkar had, taking false pride in their lineage.

In ancient times owning an elephant is a prestigious matter. The wealthiest and the powerful of the society had this privilege.

Through humour and sarcasm, Vaikom Muhammad Basheer criticises the society that triumphs in its lineage turning blind eyes to the reality.

The book is a reproach to the beliefs and absurdities of a backward-looking society and an unyielding reminder of its impracticality. 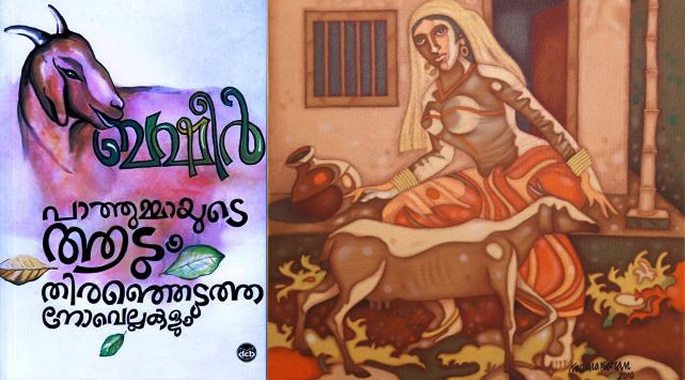 In Pathummayude Aadu, Basheer lives with a large extended family. He is being continually distracted from his writing because of noise and chaos.

Basheer’s mother, his siblings and their families live together. Complementing this situation are herds of domestic animals who treat the house as their own.

This book portrays a fragment of the author’s life and the characters in his family.

Basheer has a sister who visits his ancestral house everyday with her daughter and her goat. Pathumma’s goat has an unbounded freedom to wander across and around the house.

It has a voracious craving which made it gobble anything it can, from fallen leaves to cooked food and not leaving Basheer’s newest books, fresh out of press.

Basheer describes with cynical hilarity how it even tried to eat his blanket.

He pleads to the goat: “Please eat all the novels you want, but leave this blanket it costs money, and getting another is not easy.”

Critics say Vaikom Muhammad Basheer uses the goat metaphorically to symbolise the acute poverty which was devouring their life. 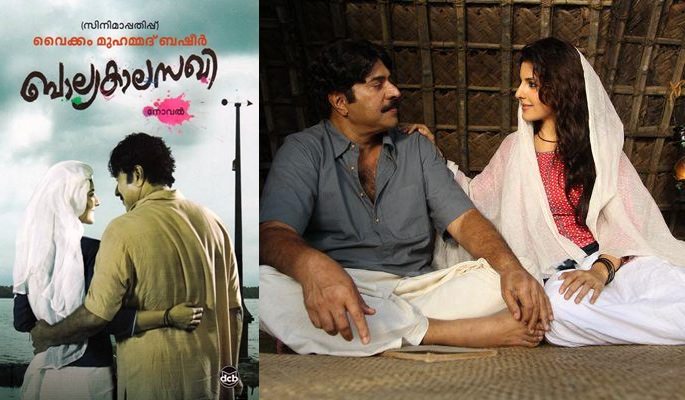 Balyakalasakhi is a beautiful bittersweet story which definitely makes readers travel back to their childhood and its nostalgic memories.

Majeed’s rich father sends him to town to study despite him being not so bright in studies.

On the other hand, Suhra, a witty and smart girl, is unable to continue her studies. Her father though struggling with life tries hard to send his daughter for further studies, but his sudden death puts a complete full stop to Suhra’s dreams.

Majeed realises on his return, his family’s former glory is gone, and that his beloved Suhra is married.

Once beautiful and vibrant Suhra is now withered and old looking, and Majeed is determined to rescue her from her loveless marriage.

Fate plays complicated twists in their life and Majeed is fired from his job after losing his leg in an accident.

He finds work as a dishwasher in a hotel. As he scours dirty dishes, he dreams of Suhra back home anticipating his return. Majeed works hard to repay his debts before marrying the love of his life only to hear of Suhra’s untimely death.

Vaikom Muhammad Basheer’s ability to speak to the heart of the readers while narrating the stories with humour and unpretentiousness has made him a legend of Malayalam literature. Many of his novels have been made into films.

His writings exude awareness which taps into the consensus of people from all walks of life.

Shameela is a creative journalist, researcher and published author from Sri Lanka. holding a Masters in Journalism and a Masters in Sociology, she's reading for her MPhil. An aficionado of Arts and Literature, she loves Rumi's quote “Stop acting so small. You are the universe in ecstatic motion.”
Bigg Boss’s Tanaaz Irani to direct ‘Selfie The Play’
Pune International Literary Festival focuses on Children’s Rights