Haruki Murakami is a famous Japanese contemporary writer and author. His best-selling novels are enjoyed in all parts of Asia and around the world.

Literature mirrors the human emotions and struggles of existing society

South Asian and East Asia have a plethora of cultural similarities.

The close knit families, spiritual lifestyle, and patriarchal social structure are some of the shared traits.

Literature mirrors the human emotions and struggles of existing society. Haruki Murakami is a renowned Japanese novelist who is celebrated across the world.

Murakami is heavily into western popular culture, and his favourite bands are The Beatles and The Doors. He is also a big time fan of Hollywood and its stars, but at the same time considers Kafka, Dostoyevsky, and Tolstoy as his mentors.

A former jazz bar owner known as the reformist saint of postmodern literature, Haruki Murakami broke the ice between popular literature and serious literature, in a very sophisticated way.

Murakami regularly uses the techniques of “magical realism” to challenge and explore the concept of identity of individuals and his characters.

He is able to bring the elements of popular pop culture into hardcore literature, paving the way for ordinary pulp readers to get their reading ecstasies in the pages of hardcore novels.

Murakami was born in 1949 in Kyoto, Japan to a middle-class family. His father was a teacher of Japanese literature and his grandfather a Buddhist monk. Growing up in a multicultural port city which at the time was filled with foreigners, clearly shaped his sensibility.

He absorbed the world through jazz music and Russian classics. In his late 20s, Murakami wrote his debut novel, Hear the Wind Sing.

Murakami’s style is simple, even apparently casual, on the surface but very deep underneath.

DESIblitz explores some of the best works of Haruki Murakami. 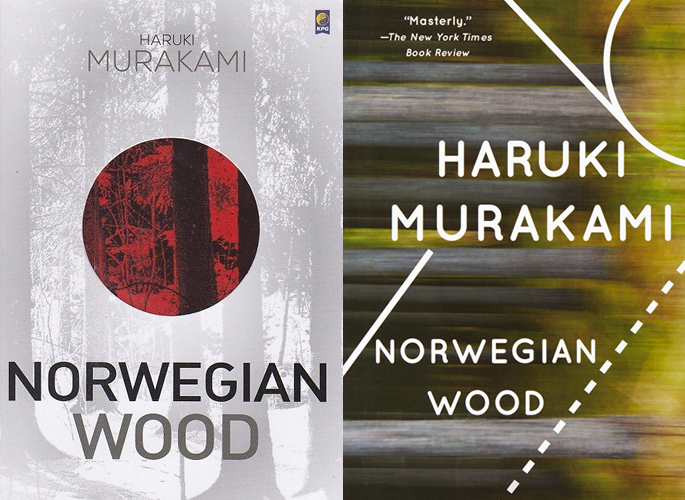 Toru Watanabe, in his late 30’s, hears ‘Norwegian Wood’ a Beatles track at Hamburg airport. Nostalgic memories of his days as a young student and his love affair with the beautiful and troubled Naoko return to him.

Haruki takes us on an emotional journey through the tales of love and friendship.

His humour and the depiction of emotions brought an unbeatable place for Norwegian Wood among readers all over the world.

It has been translated into many languages and in 2010, a film adaption was released and won many awards. 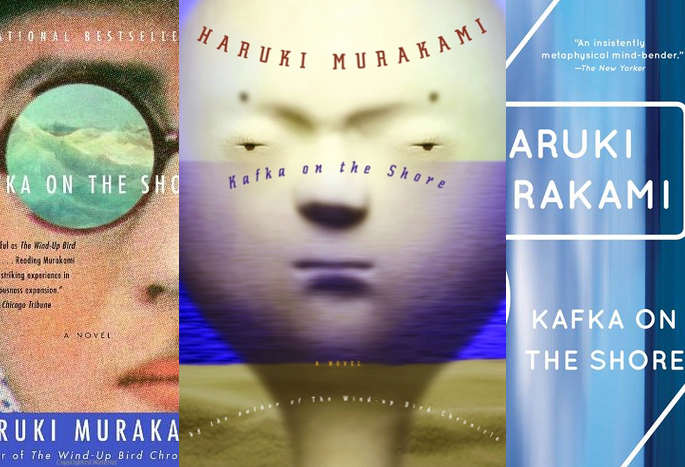 The most challenging of all Murakami’s novels, Kafka on the Shore has two protagonists, narrating two separate yet interrelated plots.

Through non-linearly displays and magical realism, Kafka on the Shore illustrates a blend of pop culture, love and sexuality, and challenges Japanese religious traditions.

The novel created many arguments among Murakami’s readers regarding the comprehension of the narration.

Mostly it is believed that this novel is the extended spiritual sequel of his earlier works Hard-Boiled Wonderland and The End of the World as well as The Wind-Up Bird Chronicle. 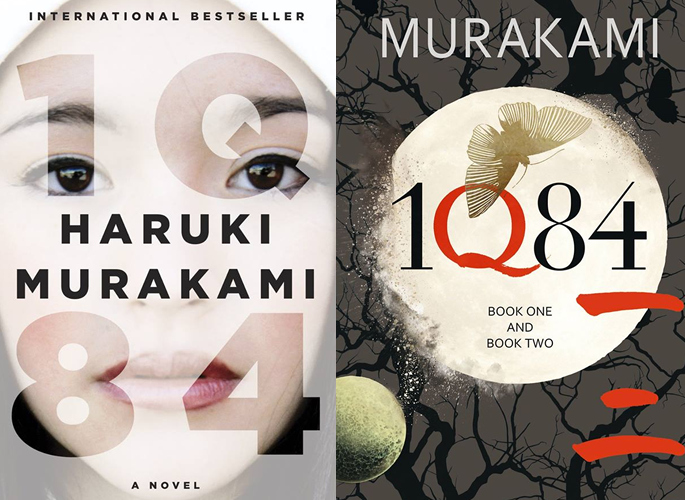 “It is not that the meaning cannot be explained. But there are certain meanings that are lost forever the moment they are explained in words.”

The distinguished blend of a beautiful love story, a mysterious labyrinth, and a magical fantasy, 1Q84 is a novel of self-discovery is considered as Murakami’s finest work by the literary critiques.

He introduces the theater of action in a fictional Tokyo in a fictional 1984. The book is based on the idea that a single action will change the entire path of an individual’s life.

The novel paints a tremendous feat of imagination and, it became an instant bestseller, reaching 1 million sales in just one month after the release. 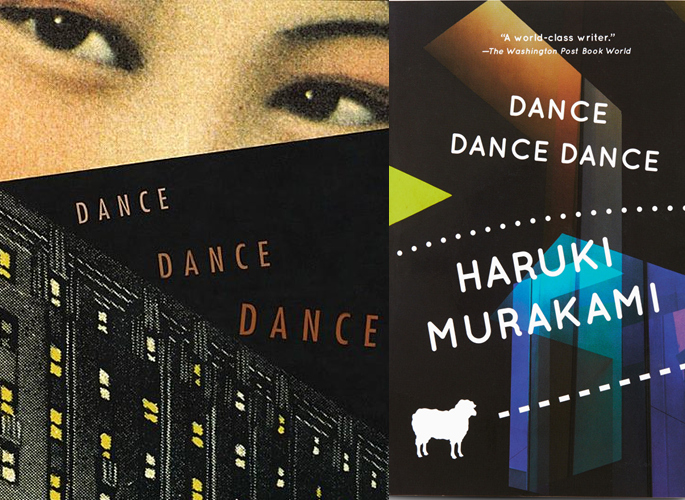 “I used to think the years would go by in order, that you get older one year at a time. But it’s not like that. It happens overnight.”

The surreal misadventures of an unnamed narrator and the conundrums he encounters are portrayed in this novel.

The protagonist, who is a commercial writer, is compelled to return to the Dolphin Hotel, a seedy establishment where he once shared a room with a woman he loved.

Interestingly he doesn’t even know her real name. Since she had disappeared without a trace, the protagonist experiences dreams of this woman and the Sheep Man, a supernatural character dressed in an old sheepskin who speaks in an unpunctuated tattoo.

The character helps the protagonist to solve the mystery of the disappearance.

Haruki Murakami tries to bring the reader into the deconstruction of the economic and social phenomenon of Japanese society through his fictional characters. 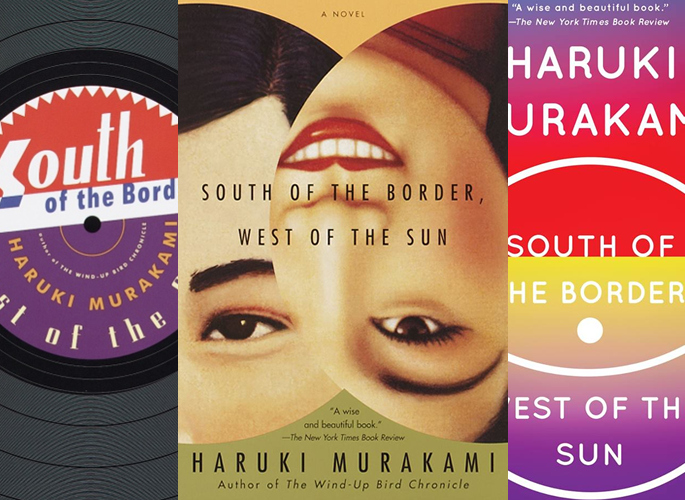 “No matter where I go, I still end up me. What’s missing never changes. The scenery may change, but I’m still the same incomplete person. The same missing elements torture me with a hunger that I can never satisfy. I think that lack itself is as close as I’ll come to defining myself.”

This short novel focuses on an era where the Japanese people had experienced isolation and tremendous misery.

The novel carries the residuals and traces of a brutal war, travelling through a typical love story which set against the backdrop of Japanese post-war. Haruki Murakami pictures the silent sorrows, starting from a couple’s childhood in a small town in Japan.

Here the boy Hajime meets a girl Shimamoto, who is an only child and suffers from polio, which causes her to drag her leg as she walks. They spend most of their time together talking about their interests in life and listening to records on Shimamoto’s stereo.

Eventually, they join different high schools and grow apart. They reunite again at the age of 36. Hajime now the father of two children and owner of two successful jazz bars, is compelled to make a life choice between his past and present.

Acclaimed author, Haruki Murakami fuses together different cultures in his storytelling. Regularly touching on both East and West, Haruki has, with his best-selling novels, popularised Asian literature in all parts of the world.