John Leo is a singer-songwriter from Norway. After his first single, ‘This Time Around’, he tells DESIblitz about his new EP release.

John Leo is an up and coming singer and songwriter based in Oslo, Norway. His original name is Khakan Altaf Chaudhry, and is born to Pakistani parents.

His passion for music developed from a very early age. He was 13 when he first started making music:

“Basically, my father… used to sing and play the guitar and he also used to listen to all this Desi stuff like Rafi, Kishore Kumar. I think somehow that triggered a musical interest in me,” Leo says.

“Then he bought me a tiny keyboard when I was 12 or 13 years old. I used to play a lot of that, and make some melodies. I wrote my first English song when I was 16. Since then basically I knew that I had to do music. I love music and that’s what I want to do today.”

Leo was heavily influenced by Michael Jackson and Prince growing up. Interestingly, Leo also sees Pakistani music as one of his biggest influences. Especially artists like Strings, Junoon and Vital Signs: 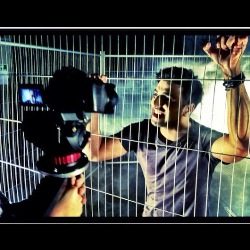 “I listen to rock, and pop rock. That’s my favourite type of music,” Leo admits.

“From the Pakistani scene I used to listen a lot to Strings, Junoon, Vital Signs. They had these great melodies and good lyrics and made historic songs. That’s what really inspired me to write my own music,” Leo says.

“I think the rock scene in Pakistan is really great and thriving. Not to mention the underground Pakistani [music] as well. Inspirations over there are Atif Aslam and Strings, which are, in my opinion, Pakistani musical icons at the moment. They make Pakistanis really proud,” he adds.

He became a local success at the age of 18 after creating a dance track which was featured on both TV and radio.

Interestingly, Leo put a pause on his music career and went on to study medicine. After working as a qualified doctor for a few years, he finally quit his day job and decided to pursue music full time.

John Leo is known for being a multi-talented artist. He writes, composes and produces all of his own music. He also speaks a variety of languages including English, Norwegian, Urdu and Punjabi. His music reflects these different cultures, and he promises audiences that they can expect Urdu and Punjabi songs from him too. 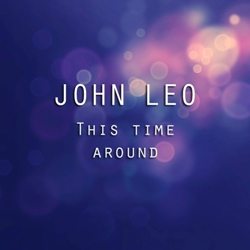 His first solo single ‘This Time Around’ drew in much attention from both audiences and the press. It established him as Norway’s new and exciting Asian artist. The track fuses rock guitar rhythms with pop melodies creating a funky, upbeat sound.

The song oozes soulful pop melodies that echoes mainstream bands like Savage Garden and The Script. It was mastered by Tom Coyne (who has worked with Maroon 5 and Adele) and Markus Kretschmer. Leo is extremely excited about the way the track has fared:

“It has gotten really good response over here. It’s got some national airplay as well as some local airplay. The music video has also got a great response so far. Pretty happy with the buzz its creating up to the release of my EP, Different Ways. It’s been a good response and I’m really happy about it,” he says.

Despite his ever-growing fan base, Leo admits that being a successful music artist isn’t as easy as it used to be:

“The music industry has definitely changed. What I do regret is that talents aren’t recognised as easily as before. There also seems to be a shift to quantity over quality,” he says.

“But on the other hand, you have the great facts that unsigned acts, independent artists, can communicate directly to fans through social media as well as release their music on various websites and make it available to the public in much more easier fashion, maybe even just the way they wanted it.” 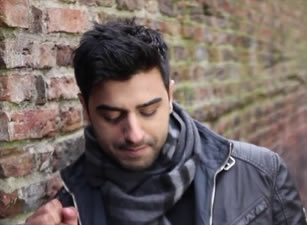 For John Leo, it is his drive and ambition to do music that has brought him here:

“[I want to] write music. Do what I do every day, which is music. And share my music with my fans,” Leo insists.

Leo also hopes that he will have the opportunity to work and collaborate with some of the top music producers in the future:

So, what defines John Leo?

“Desi blood, singer-songwriter, guitarist, a producer. I’m actually medical doctor as well. But most of all, I’m an artist,” he smiles.

This doctor-turned-artist is sure to create waves in the music industry over the next few years, so he’s definitely one to watch out for.

John Leo’s new EP, Different Ways, consists of five new tracks and releases in April 2013. You can find his single, ‘This Time Around’ on iTunes.

Aisha an English literature graduate, is a keen editorial writer. She adores reading, theatre, and anything arts related. She is a creative soul and is always reinventing herself. Her motto is: “Life is too short, so eat dessert first!”
Lady Indiraa ~ the Bubble Bath Diva
Muhammad Ayub ~ Founder of Oriental Star Agencies