Leo Varadkar has been elected as Ireland’s first gay Prime Minister. After winning the leadership of the Fine Gael party, he will now serve as Taoiseach.

"He represents a modern, diverse and inclusive Ireland and speaks for them like no other."

Leo Varadkar will now take over from Enda Kenny, who previously served as the Irish Prime Minister (Taoiseach) until he announced his retirement in May.

Upon winning the parliamentary vote, he promised to transform Ireland into a “republic of opportunity”.

Not only has he become the country’s first gay Taoiseach. But he marks as the youngest and the first from an ethnic background to run Ireland. Leo Varadkar is the son of an Irish nurse and Indian doctor.

It comes as he recently won the Fine Gael party leadership on 9th June 2017. And to start the voting, Enda Kenny nominated him as his successor, saying:

“He represents a modern, diverse and inclusive Ireland and speaks for them like no other, an Ireland in which each person can fulfil their potential and live their dreams.”

After winning the vote, Ireland’s first gay Prime Minister addressed the Irish Parliament (Dáil): “I’ve been elected to lead but I promise to serve.

Following on, Leo Varadkar made a visit to the President of Ireland, Michael D. Higgins, at his residence, Aras an Uachtarain. The President gave the politician the seals of office to officially confirm him as the newly serving Taoiseach. 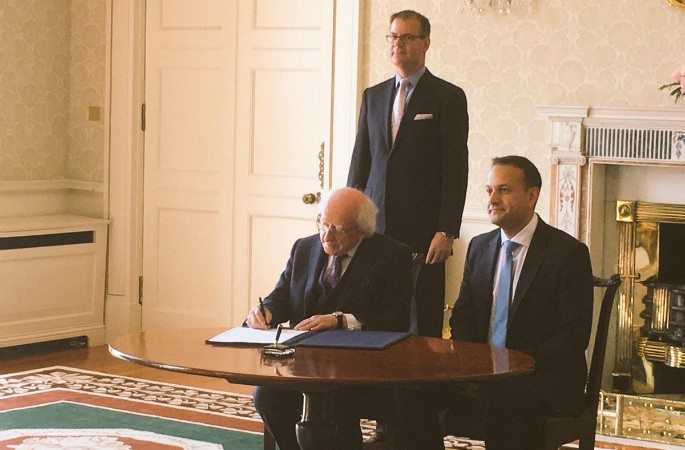 Born in Dublin, Leo Varadkar hails from a mixed Irish-Indian heritage. He studied to become a doctor at the famous Trinity College in the capital, yet still kept ties with India. He completed an internship at the King Edward Memorial Hospital in Mumbai.

After gaining his qualifications, he worked for a brief time as a GP. At the age of 24, he became a councillor and gained a seat in the Dáil in 2007.

However, he made headlines as he came out as a gay man in 2015. During when Ireland became the first country to legalise same-sex marriage in a referendum. At the time, he said:

“It’s not something that defines me. I’m not a half-Indian politician, or a doctor politician or a gay politician for that matter. It’s just part of who I am, it doesn’t define me, it is part of my character I suppose.”

His partner, Matthew Barrett, works as a doctor and have been together since 2015. However, so far, they have kept their relationship away from media spotlight.

Not only campaigning for same-sex marriage, he has also worked in liberalising abortion laws. And during his political career, he has served as Minister of health and social protection. 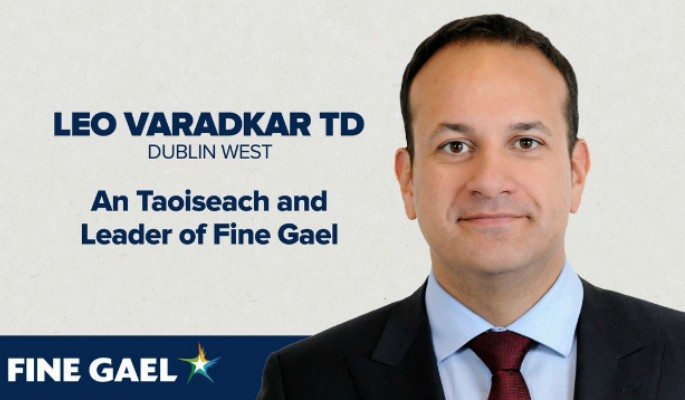 Now after winning the vote, many will hope the leader will bring his promises to light. After the UK’s decision with Brexit, Ireland remains in a delicate position, particularly with UK trade links and the Irish border.

However, Leo Varadkar has already reshuffled his Cabinet and elected new Ministers in preparation for the UK’s eventual departure from the European Union.

Aside from this political issue, many groups have welcomed the politician’s run as Taoiseach. Irish LGBT+ groups have hailed this as a significant time in Irish attitudes toward homosexuality:

“It is a sign of how much Ireland has changed and moved on that no one really cares if he is gay here.

“Irish politicians were among the last sectors of our society to come out of the closet but now at least we’ve got one gay man and a lesbian, Catherine Zappone, both in the cabinet. That would have been unthinkable perhaps even 10 years ago.”

Time will tell on how Leo Varadkar will run both the Fine Gael party and Ireland.