DESIblitz gets candid with actor Ruslaan Mumtaz about his career so far. Son of actress Anjana Mumtaz, this young actor is determined to become one of Bollywood’s greats.

"I'll use my mom's [Anjana Mumtaz] contacts to get into Bollywood."

Ruslaan Mumtaz is a vibrant and young Bollywood actor who made his debut with not-so-successful film, MP3 – Mera Pehla Pehla Pyar in 2007. Directed by Robbie Grewal, it failed to make a big impact on Indian audiences.

Interestingly, Mumtaz was also initially the first choice for the part of Jamal Mallik from Danny Boyle’s film Slumdog Millionaire (2008), but it was later given to British born, Dev Patel.

Boyle later said that he wanted to make his film more realistic and that Mumtaz was too good looking for the part. 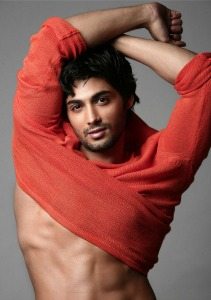 Son of actress Anjana Mumtaz, he is back on the big screen playing the lead role in I Don’t Luv U directed by Amit Kasaria. Mumtaz bares all with DESIblitz.

How would you describe your acting story so far?

“[Back then] I decided that I have to act. But I was with Shiamak Davar dance group for two years. I thought after I finish my dance school, I’ll use my mom’s [Anjana Mumtaz] contacts to get into Bollywood.

“At that time, I came to know about MP3 – Mera Pehla Pehla Pyaar’s audition where around 800 boys already got enrolled. People called my mother and asked her to send me to audition. My mother sent me there as she wanted to know what I can do on my own.

“I didn’t wanted to go to that audition because I know my mom could have got me to Yash Raj Films and other big banners as she knew them. But I took it as a challenge and went for that audition and got the role.”

What about your next film, Satish Kaushik’s Teree Sang?

“Teree Sang was a very interesting chapter. I met Satishji [Satish Kaushik] for a film. I had already done MP3 and he clearly told me that he wanted to launch a fresh face and was not interested in casting someone who had already done a film. 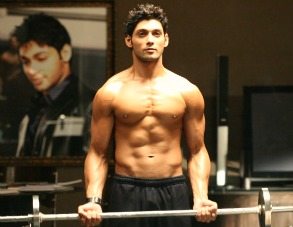 “But this time I did that scene with 7 to 8 girls. The third day again, I was called and I had an audition with more 7 to 8 girls, which I was enjoying but I was confused too. Actually, the assistant directors were using me for girls, as girls got very comfortable in giving auditions with me!” [Laughs]

“[At first] I got very angry by this. But actually these auditions worked in favour of me for Teree Sang. Whenever Satishji showed those girls audition tapes to anyone, everyone asked about me. Even Satishji’s wife told him to cast me in Teree Sang.”

Your next two films, Jaane Kahan Se Aayee Hai and Dangerous Ishhq, were both flops. What went wrong? 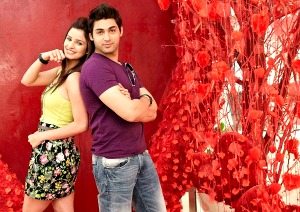 Tell us about your new film: I Don’t Luv U.

“I Don’t Luv U is a love story in which an MMS leak is a conflict point of the film. It is about today’s youth. How they look at love and relationships. And how technology effects their love life.”

What do you expect from your audiences?

“The audience has given me a warm welcome in MP3 and Teree Sang etc. I want to take their welcome to another level. Whoever so far has followed my career, I want to increase my audience.”

Although it has been a tough ride for Mumtaz so far with his long string of unsuccessful films, he is determined to go all the way up the Bollywood ladder.

Faisal Saif is our Bollywood film reviewer and Journalist from B-Town. He has huge passion for everything Bollywood and adores its magic on and off screen. His motto is to "Stand unique and tell Bollywood Stories in a Different Way."
Top 10 British Asian Films
The Reluctant Fundamentalist ~ Review